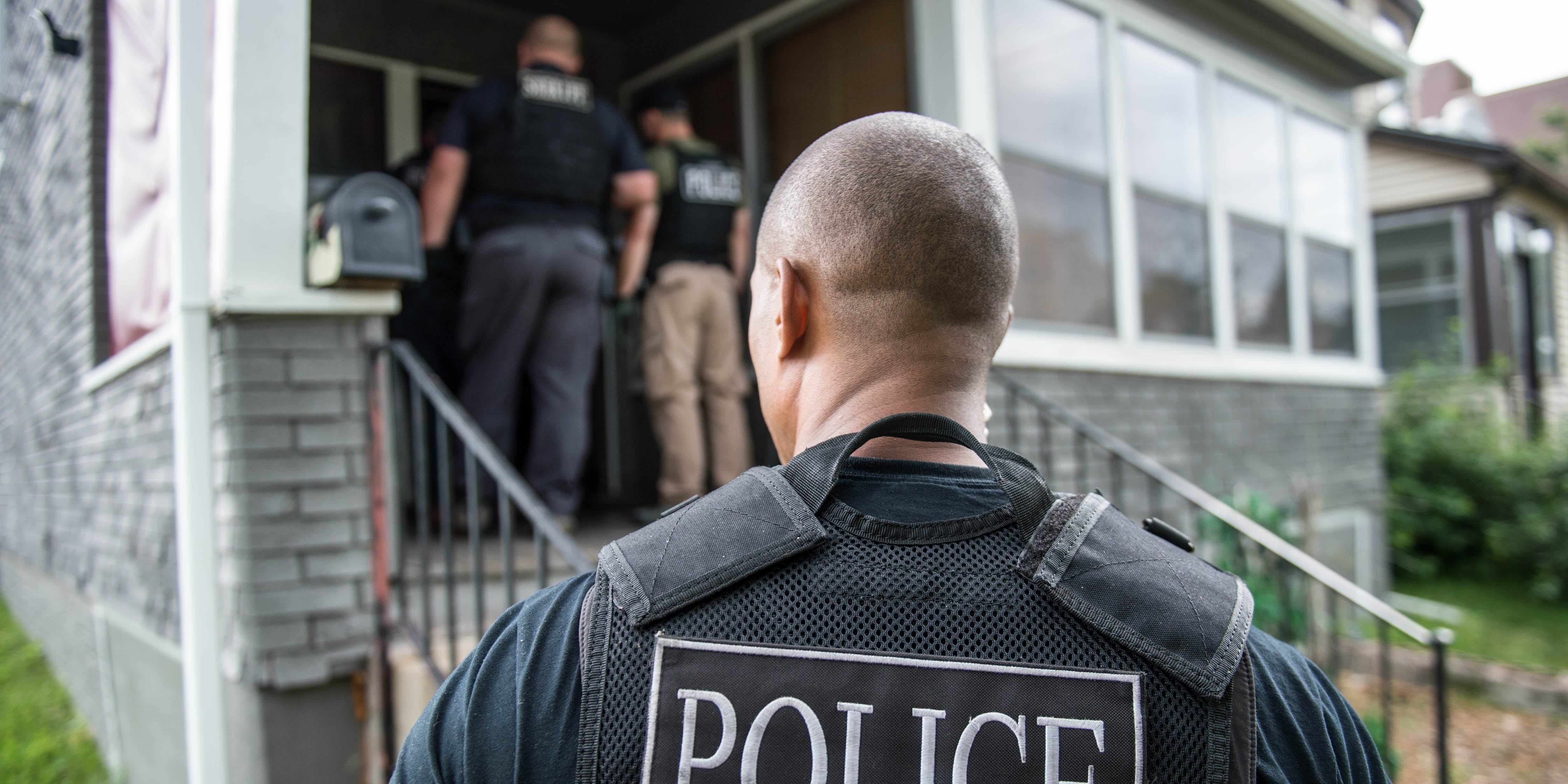 Colorado becomes the latest state to crack down on illegal grows hiding among legal farms.

Last Thursday (August 9), Denver-area law enforcement agencies and DEA agents collaborated to execute a massive raid on a network of illegal grows, distributed across the state in various locations, The Denver Post reported. Some of those even included suburban areas, like Thornton, where CBS4 filmed agents hauling out and disposing of pot plants from six different homes on a single block.

According to the station, the operation targeted over 50 illegal grows. At the Thornton block, garbage trucks were used to haul away the plants and soil from the grow operations. And, it seems, flash bangs on their way in.

“It was certainly shocking to wake up at 6 a.m. to an explosion in my backyard,” area resident Susan Sambol told CBS4. Operators of the illegal grows can be seen in the footage, sitting handcuffed in the driveway as federal agents dispose of plants.

The raids also targeted a number of Asian restaurants, including one owned by Dan Tang. The restaurateur was sentenced to 18 months in prison in 2010 for his role in a similar network of illegal grows.

The format is certainly nothing new. In addition to Tang’s previous bust, there was a similar one just last year, in which growers posed as legal operators and solicited investments, even garnering some cash from former Denver Broncos tight end Joel Dressen.

Across the country, authorities in legal states have busted large networks of grows in residential areas. Last November, Washington State busted a huge group of illegal grows connected to Chinese nationals, finding an estimated $80 million worth of cannabis. More recently, another group was found growing illegally on five properties in Washington’s Okanagan County, with the illegal grows physically disguised to look like state-licensed ones. And in Oregon, diversion has become such a significant problem it’s drawn attention from federal officials.

The draw for these operations is typically how much money can be made shipping cannabis out of state. Growers in legal states, expecting more lax enforcement, set up shop and ship their harvests to places like New York and Chicago, where a single pound of cannabis can fetch as much as $4000, nearly four times as much as it might in a legal state.

“You don’t know what’s going on in the middle-class houses converted into these giant cultivation and distribution operations,” said Arapahoe District Attorney George Brauchler, of the latest Colorado bust. Indeed, the operations seemed to be hiding in plain sight, with many Thornton neighbors telling CBS4 that they had no idea the grows were there.

No arrests have been made in connection with the latest raid yet.