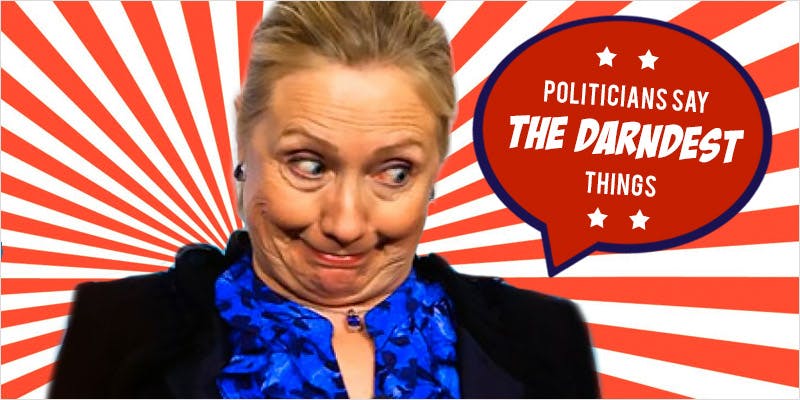 The Clinton’s said what?! Bad Lip Service perfectly synced the politicians’ mouths with some hilarious words. These impersonations are as epic as they come.

The Democratic National Convention is a time when the political party comes together to express their views, beliefs, and interests in the upcoming election. While they discuss important topics like war, terror, and drug reform, their promises sometimes sound like a bunch of hot air. Bad Lip Service is the hilarious creator of this video, showing what most of us actually hear when politicians speak. Check out the video below.

Hillary and the etch-a-sketch

While the video contains a ton of gut-busting, knee-slapping laughs, the absolute epitome of this video takes place as two minutes and five seconds. Hillary Clinton takes the time to discuss cannabis and what people who smoke “the pot” like to do.

Sometimes, people that like to smoke the pot use an etch-a-sketch. Uh, as you know, I’m tied to one of those people.

As Hillary looks lovingly over at her husband, and former president, Bill Clinton, he lets out a jovial chuckle, taking accountability for being that etch-a-sketch loving person.

Bad Lip Sync wasn’t going to miss the opportunity for Bill to respond to his wife’s allegations. Of course, the comeback is even funnier than Hillary’s statement.

See, I’m wearing my three hemp bracelets and just rappin’ at you. Fun times, right? Kind of like the other day I threw a rock at a beaver’s nest and, and…I am so buzzed. Oh my gosh, ya’ll I have to go back home and see the kitty.

Oh, Bill, what a hilarious way with words you have.

Of course, none of these statements are factual, but it does go to show what can be done with the power of computers and enough time to waste. The entire video is full of popular Democrats and their altered, much funnier, words.

Even President Obama and The First Lady make a few appearances. While you might not learn anything from this short video, it’s definitely worth a view.

What was your favorite fact statement? Let us know on social media or in the comments below.