Florida is one of several states that has legalized medical marijuana but banned smoking it. 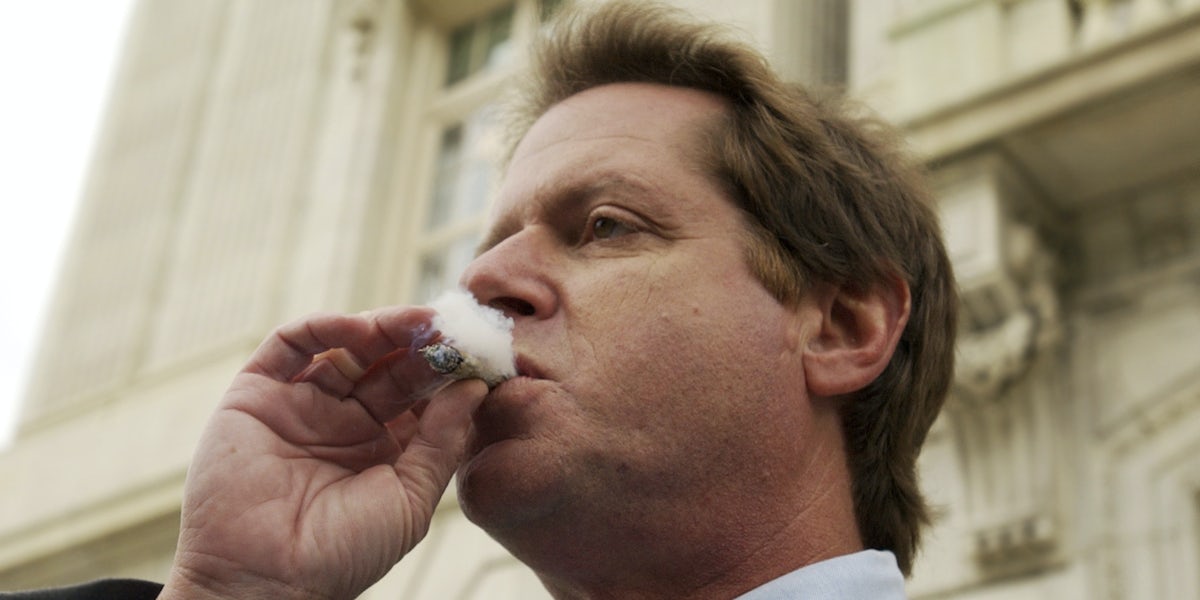 UNITED STATES – MAY 04: Irvin Rosenfeld, of Fla., who suffers from a bone condition, smokes a marijuana cigarette before a news conference that introduced legislation, the States Rights to Medical Marijuana Act, which would protect medical marijuana patients from arrest. (Photo by Tom Williams/Roll Call via Getty Images)

A Florida court has ruled that the state’s ban on smoking medical cannabis is unconstitutional. In a ruling on Friday (May 25), Judge Karen Gievers of the Leon County Circuit Court found that Florida residents “have the right to use the form of medical marijuana for treatment of their debilitating medical conditions as recommended by their certified physicians, including the use of smokable marijuana in private places.”

In response, the state’s Department of Health has said that it intends to challenge the ruling, imposing a stay on the decision, the Associated Press reports.

The lawsuit which aimed to lift the ban was launched by Orlando-based lawyer John Morgan, who also helped to lead the fight to legalize medical marijuana in 2016. That year, 70 percent of Florida voters approved a ballot measure to allow for the use of medical cannabis without restrictions on the method of consumption. In the summer of 2017, the legislature enacted additional regulations, imposing a ban on smokable marijuana due to health concerns while allowing for vaping, edibles, oils and tinctures.

The patients, Cathy Jordan and Diana Dodson, argued that smokable marijuana is a far more effective alternative for their conditions and that the ban does not allow them to reap the full benefits of their medication.

Jordan who suffers from ALS smokes medical cannabis as a muscle relaxer and appetite stimulant. Dodson, an HIV patient, found that smoking cannabis makes dosing much easier than vaping.

Of the 29 states with medical marijuana programs, Florida is one of several states which bans smoking. New York, Louisiana and Minnesota all allow a patient to possess up to a month’s worth of cannabis products at a time so long as they are not in smokable form.

In April, Pennsylvania amended its medical cannabis program to allow for vaporization of herbal cannabis while still prohibiting smoking.

Two additional states have yet to implement their medical programs but are set to do so without permitting smoking. In West Virginia, a pending medical marijuana bill appears to only allow oils, tinctures and edibles while herbal cannabis will remain illegal. Meanwhile, in Ohio a non-smoking medical marijuana bill, which will oddly allow for the sale of cannabis flower, passed in 2016 but has been held up by a lawsuit over the state’s approval of limited business licenses. The non-smoking bill is designed to encourage vaping.

While the Florida decision is being hailed as a victory for patients, it now faces a challenge in the First District Court of Appeals where the Department of Health will attempt to overturn the decision.

Enjoy the latest and greatest from Herb, enter your email below to get exciting cannabis updates delivered to your inbox.
May 30, 2018 — Last Updated
Written by Miroslav Tomoski