The owner of the home admitted to police that they had rented out the property on Airbnb to Deja Heard for her 21st birthday. 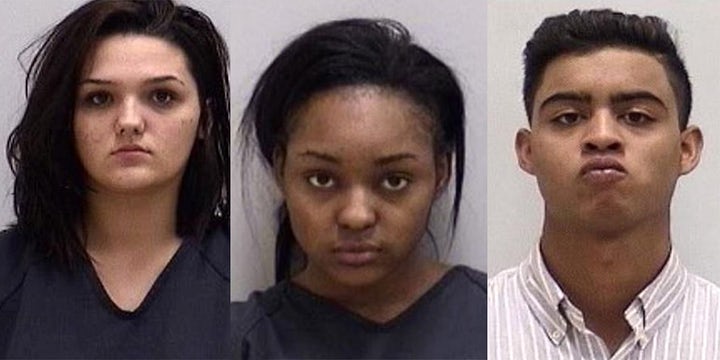 As skewed as the American policing system can be, cops in Bartow County, Georgia took things into the realm of the absurd last weekend. Around 2:00 AM in Carterville, a town 40 miles outside of Atlanta by car, police responded to reports of gunshots in a residential neighborhood. No gun violence was discovered. Some residents believe it may have just been fireworks, which adds up, because what police actually discovered was a nearby “Christmas lingerie/ pajama party,” which they proceeded to raid.

Police found only an ounce of weed on the premises. They asked who the drugs belonged to and no one took ownership. Behaving less like a responsible arm of the law and more like an exhausted parent trying to figure which kid put the mail in the sink, the officers decided to arrest every partygoer on site. Around 70 people in all.

Possession remains the only charge, and around six of these kids remain in custody, despite their bonds being paid for. The majority of arrested partygoers were young people of color.

“We just want our babies,” said Moneshia Fezzia, a mother waiting for her kid’s release, “we’re done, we’re tired. This is my second trip up here, and nobody’s telling me nothing except for ‘pending investigation.’”

The owner of the home admitted to police that they had rented out the property on Airbnb to Deja Heard for her 21st birthday. Heard handed out flyers ahead of the event, which probably explains how the rental house became a yuletide rager. “I thought they were just going to shut the party down and everyone was going to go home,” Heard told local news. “I’m very sorry it happened, all of us are innocent, it’s just not right.”

Get 20% off premium weed and discover the latest products, news, and deals in cannabis.
January 03, 2018 — Last Updated December 20, 2019
Written by Zack Kotzer