“We should think and ask ourselves if we can model, change the criminal policy so as not to penalize consumption”
—Roberto Gil – Politician for the National Action Party 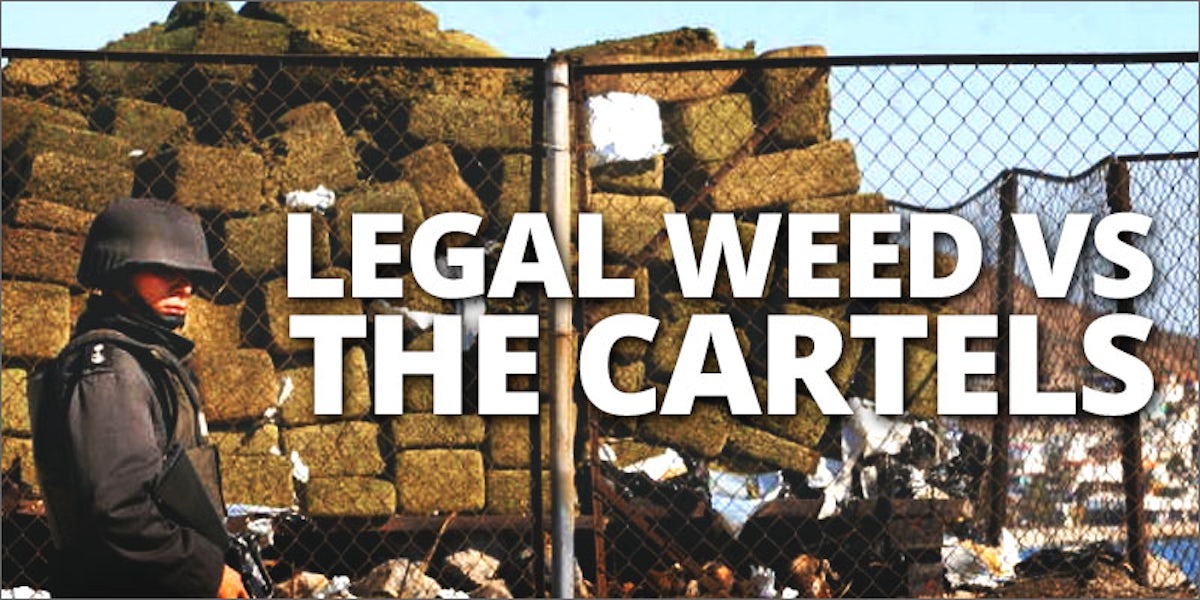 America’s Legal Weed market has hurt the Mexican drug cartels, taking a key product out of their hands. People don’t have to risk the dangers of the black market to purchase a non-toxic plant, but what does this do to the cartels? Watch the video below.

How the cartels have been damaged

Legal sales reached $5.4B in the US in 2015. Nationally, the market is expected to be worth almost $13 billion, if it were legal in all 50 states. The cost to Mexico, with cannabis being one of their premiere exports, is a decline in illegal revenues. One Mexican farmer reports his pay dropped from $100 to $30 per kg in 4 years. That price decline has resulted in fewer farms and less trafficking.

What does this do to Mexico?

Mexico is beginning to have the legalization talk themselves, even dealing with cases in their court. Several prominent politicians are voicing support.

“We should think and ask ourselves if we can model, change the criminal policy so as not to penalize consumption”
—Roberto Gil – Politician for the National Action Party

It’s not all good news, though. The loss of marijuana as a product line has forced cartels to move to harder drugs to compensate. Heroin, cocaine, and methamphetamine are seeing increases in production and distribution through the cartels. It just shows that fixing the “war on drugs” is about more than just weed. As long as there is a supply and a prohibition, the cartels will always have something to offer.

Maybe if all drugs were legal, and treated as a health issue instead of a criminal one, the only thing left for cartels to sell would be pirated DVD’s.

What do you think the next step in the fight to stop cartels should be? If all drugs were taken out of their hands, how do you think it would change the market? Share your thoughts with us on social media  or in the comments section below.