Did International Law Just Say We Have to Legalize Cannabis?

The only bullet left in the gun of warmongers against personal liberty has been the U.N. treaty on controlled substances. But what if there’s a loophole? 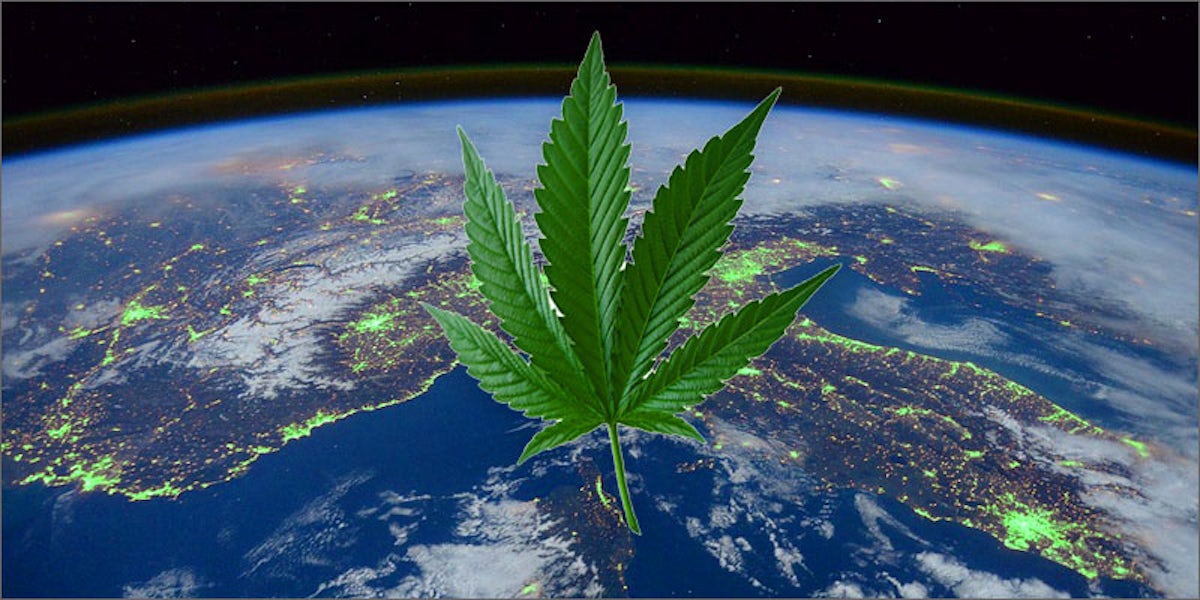 Would you be surprised to know that another study has backed the positive effects of cannabis? At this point, I doubt it. But what is surprising, is that it isn’t a study of medicine. It was a study of international law.

The final nail in the prohibition coffin

After the scare tactics of Reefer Madness stopped working, prohibitionists resorted to science to keep us away from the dreaded plant. Then, science betrayed them. Over and over again. After that, they turned to the threat of crime. Statistics from legal states called their bluff again. Even the worries of addiction, gateway drug theory, and underage use have all been wiped away.

The only bullet left in the gun of warmongers against personal liberty has been the United Nations treaty on controlled substances. I mean, we can’t just break a treaty. That would be un-American, right? See history for a laugh at that.

What if the treaty had a loophole? All other government documents seem to have them, especially tax laws for the rich. Well, a study by Radboud University in the Netherlands just found it, and it is big enough to drive a parade float through.

Why we have to legalize cannabis

The study is the result of research by Legal scholars Piet Hein van Kempen and Masha Fedorova of Radboud University in Nijmegen, the Netherlands.

According to the findings, if a regulated legalization of recreational cannabis cultivation and trade were to protect human rights more effectively than a total ban on the drug, then by international law, human rights trump the U.N. Drug Conventions.

As the current Conventions do not allow for a regulated recreational market, to safeguard people from the dangers of harsh laws and inhumane sentences, then the treaty is null and void from the standpoint of the foundations of the United Nations core principles of protecting people.

The study highlights 5 key factors that must be in place to meet the requirements of the loophole:

If a state or nation meets these requirements, then under international law it is permissible to give priority to human rights obligations over the treaty obligations set forth by the U.N Drug Conventions.

What this means for countries worldwide

With this ammunition, activists in any country in the world that has a democratic process and majority national support for legalization can step up to the plate and demand their government cease and desist with the continued persecution of drug offenders until a national vote can be taken.

This November seems ideal to me personally, as it is already election year in the United States. To deny this claim is to violate the spirit of human rights protections specifically established in the founding of the United Nations charter.

With American support already at an all-time high, and both Canada and Mexico planning to go ahead and legalize cannabis, we can change the face of the planet with this rallying cry… And that, my fellow cannabis lovers, is checkmate.

Will this legal precedent gain enough traction to force lawakers to give in to cannabis? Only if you help their deaf ears to hear it! Tell us how you are goig to spread the word on social media or in the comments section below.

Enjoy the latest and greatest from Herb, enter your email below to get exciting cannabis updates delivered to your inbox.
June 01, 2016 — Last Updated December 05, 2019
Written by Christopher Teague