With these results, 34 states in the US have approved medical marijuana use, 16 of which have legalized it for recreational purposes. 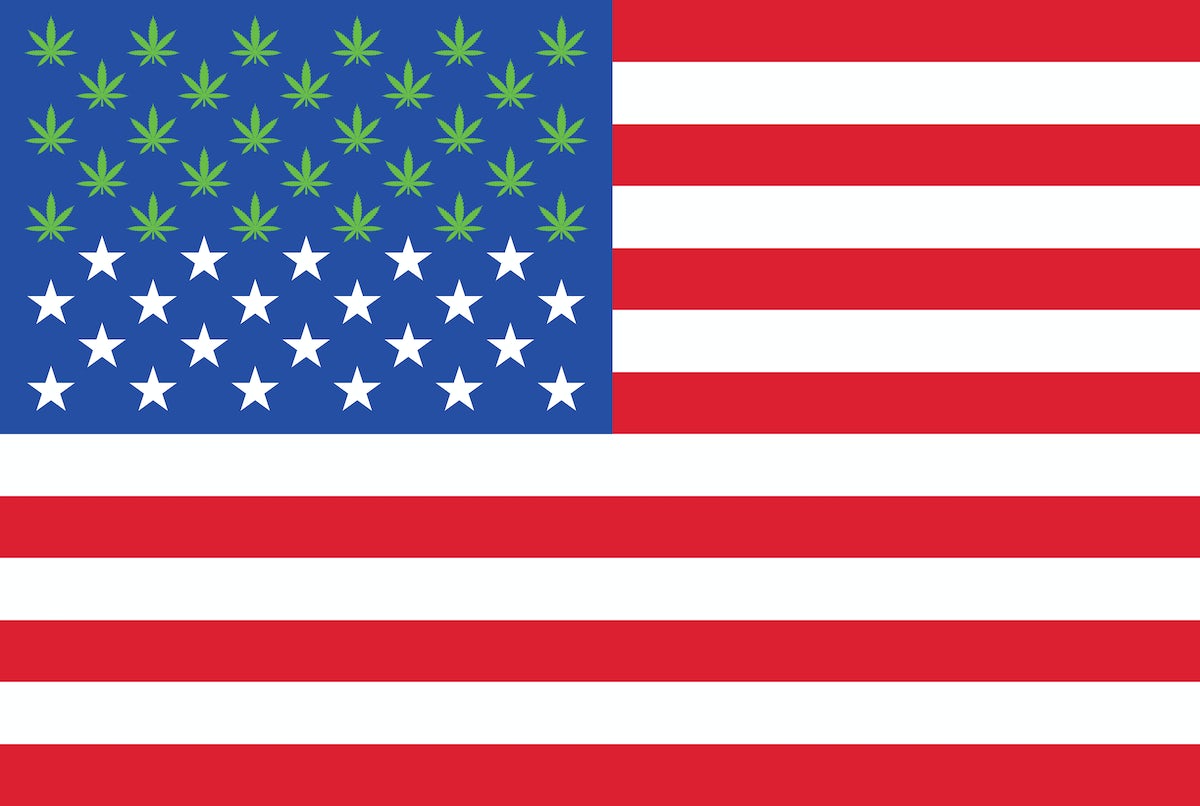 In this election, just like in the last two, marijuana was one of the protagonists of the day. In 2012, Colorado and Washington became the first states in the country’s history to legalize marijuana for recreational purposes. Four years later, eight states did the same. And in 2020, five more states entered the legal weed club: Arizona, New Jersey, Montana, South Dakota, and Mississippi (medicinal).

With these results, 34 states in the US have approved medical marijuana use, 16 of which have legalized it for recreational purposes. This means that two-thirds of the population of the country lives in a state with legal marijuana. According to a study made by New Frontier Data, these new legal states could potentially add $9 billion to the legal cannabis industry in the country.

Here’s how they voted:

Arizona voted Proposition 207, also known as the Smart and Safe Act, which was approved with 60% of the votes. This was the state’s second attempt to legalize recreational marijuana after failing in 2016. The Smart and Safe Act states that state officials should have defined program regulations by April 5, 2021. After that, people from Arizona will be free to hold, buy, and use cannabis freely.

Citizens of New Jersey voted Question 1, an amendment to the State Constitution seeking to legalize adult-use cannabis for recreational purposes. Question 1 was approved with 67% of the votes and will go into effect on the first day of 2021. The Golden State is the first to legalize recreational marijuana on the East Coast.

Montana voted on Initiative 190, which legalized recreational cannabis, and the Constitutional Initiative 118, which set the legal age of cannabis consumption at 21. Both passed with more than 60% of the votes and will take effect on January 1 of 2021. After that date, anyone 21 or older in Montana can legally grow, possess, and use marijuana.

South Dakota became the first state in history to legalize marijuana for both recreational and medicinal uses at the same time. The Constitutional Amendment A, which legalized recreational use, passed with 54% of the votes, while Initiative 26, which aimed to legalize medicinal use, was approved with 70% of the votes. Still, people of South Dakota have to wait until July 1 of 2021 to light up their celebratory joints.

With 74% of the vote, Initiative 65, which aimed to legalize medical use marijuana, was approved. According to Initiative 65, the Mississippi Department of Health has until July 1, 2021 to establish rules and regulations for medical marijuana users in the state. Additionally, they have to issue growing and distribution licenses for marijuana producers and medical marijuana cards to applying patients.

Oregon Voted To Decriminalize All Drugs

Another state that made headlines on this election day was Oregon, which became the first state in the history of the US to decriminalize all drugs, including cocaine and heroin and psychedelics like LSD and psilocybin.

Let’s be clear about something: this does not mean that drugs are now legal in Oregon. It means that the state will eliminate criminal penalties, including prison time, for those who possess small amounts of said substances. Additionally, anyone caught with them will have the option of either paying a $100 fine or getting treated at an addiction recovery center.

Meanwhile, voters in D.C. also decriminalized psychedelics with 77% of the votes.

November 04, 2020 — Last Updated November 07, 2020
Written by Juan José Restrepo
Save for later
Start saving articles by clicking the heart icon and you'll find them again in your profile page.

Enjoy the latest and greatest from Herb, enter your email below to get exciting cannabis updates delivered to your inbox.
November 04, 2020 — Last Updated November 07, 2020
Written by Juan José Restrepo

Finding a movie worth watching when high can be challenging, so we're here to help you out with a list of the best movies to watch…