The Failed War On Drugs Gets A Reboot, Thanks To Jeff Sessions 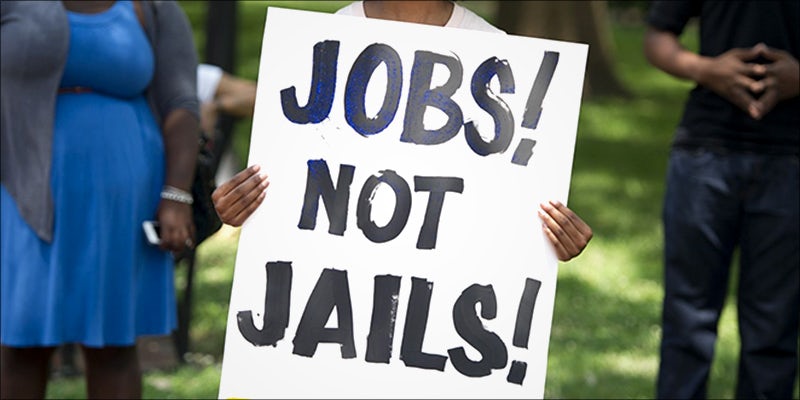 A major setback in U.S. drug policy occurred last week when Attorney General Jeff Sessions instructed federal prosecutors to pursue harsher charges against non-violent drug offenders. Former Attorney General Eric Holder and the Justice Department previously established a directive that spared low-level drug offenders from mandatory minimum sentences. But a recent memo sent by Sessions is now advising prosecutors to seek maximum sentences for even minor drug offenses stating that it is the “moral and just” thing to do.

Never mind that mandatory minimum sentencing substantially grew the U.S. prison population, resulted in horrific disparities along racial lines and did nothing to prevent drug possession or use, Sessions is still eager to renew such an unfair and biased policy.

It is a core principle that prosecutors should charge and pursue the most serious, readily provable offense. This policy affirms our responsibility to enforce the law, is moral and just, and produces consistency. This policy fully utilizes the tools Congress has given us.

This unwelcome return of the ‘war on drugs’ or ‘just say no’ policies of the 1980s will undoubtedly obscure the lines between peaceful drug offenses and those that involve violence, property theft or large-scale distribution.

A reversal of progress

The war on drugs began in the Nixon-era and steadily gained momentum throughout the 1980s and 1990s. In 2013, former Attorney General Eric Holder addressed the decades-long injustices by urging federal prosecutors to avoid handing down harsh sentences for drug offenders in cases where there were no victims, no significant criminal history, no leadership role in the crime and/or no ties to drug-trafficking systems.

According to the New York Post,as a result of Holder’s directive,

Not only did America’s steadily growing prison population begin to shrink for the first time in decades, minor drug offenders spent far less time behind bars. This had a domino effect on the entire country as more than half of U.S. states relaxed mandatory minimums and placed judicial discretion back into the hands of judges.

Who or what is Sessions’ really protecting?

To no one’s surprise, plans for expanded drug rehabilitation or the establishment of more drug education programs and the like are nowhere to be found in Sessions’ memo. Given his public statements which seem to loathe He recently told a group of law enforcement officials in New York City that, “Drugs and crime go hand in hand.”

Sure. As long as minor drug offenses are prosecuted to the fullest extent of the law, he’ll be correct. He also went on to say that, “Drug trafficking is an inherently violent business.” Also true, as it’s a problem that could be minimized through decriminalization and regulation procedures that reduces the activities of drug cartels.

According to the Washington Post, a study by the U.S. Sentencing Commission found that “it is the certainty of punishment – not the severity – that deters crime.” Meaning that mandatory minimums and harsher sentencing’s only useful attribute, is in keeping the prison-industry incredibly lucrative.