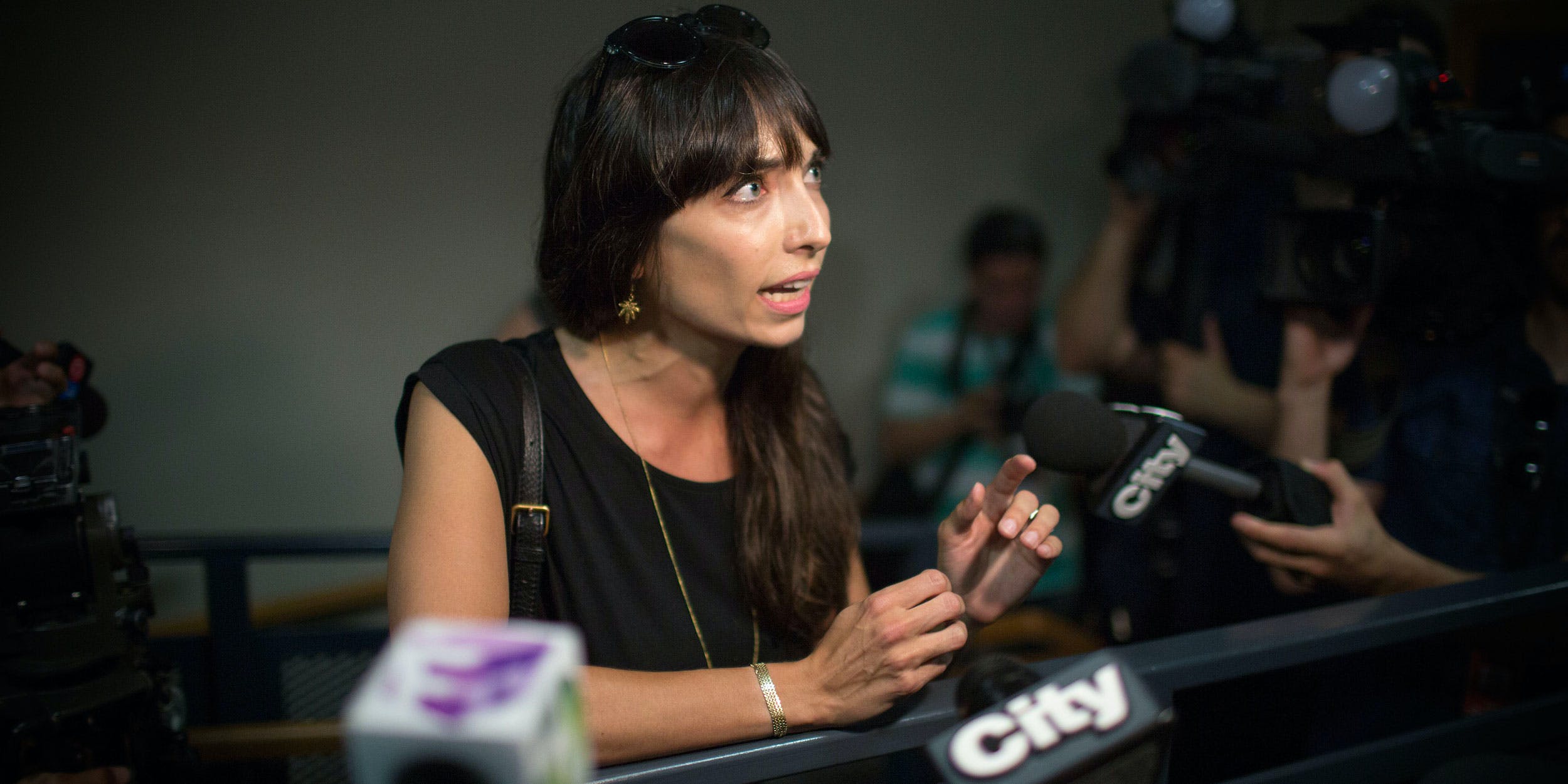 Jodie Emery, a cannabis activist, speaks with the press after the press conference. (Carlos Osorio/Toronto Star via Getty Images)

Not all cannabis advocates are happy with how things turned out in Canada.

On June 21st, Bill C-45, Canada’s historic legislation legalizing the consumption and sale of recreational cannabis, was given Royal Assent, the last step in the parliamentary process before a bill becomes law. But despite much celebration by Canadian citizens, lawmakers, and cannabis businesses alike, some still see major reasons for concern.

It’s prohibited under the Cannabis Act, for example, just to possess a budding or flowering cannabis plant in a public place and citizens can be imprisoned for five years for doing so.

According to prominent cannabis activist, Jodie Emery, the Cannabis Act has also introduced a total of 45 new cannabis offenses. As Emery says to CTV News, the potential punishments for these offenses are comparable to the penalties for crimes like “pornography with children, terrorism, and assaulting police.”

In some legal cannabis states in the U.S., like California, authorities are working to clear citizens’ prior cannabis charges. San Francisco, for example, recently launched a new initiative to automatically expunge cannabis records for low-level offenses. In Oakland, policies have been introduced to award at least half of the city’s cannabis permits to poor residents who have either been personally convicted of a cannabis crime or lived for 10 years in a neighborhood that suffered disproportionate numbers of cannabis arrests.

But in Canada, there is currently nothing written into the Cannabis Act that offers recourse for individuals who have cannabis charges on their criminal records or who were disproportionately targeted by the war on drugs.

“Thousands of peaceful people continue to suffer arrest, jail, criminal records, exclusion for pot — while cops & politicians who opposed legalization & ruined lives with the law are cashing in on legal weed, with no apology, ” tweeted Emery, along with a list of 40 former police and political officials who are now financially benefiting from legal cannabis.

The Liberal government has said that it will look into pardoning prior cannabis offenses after the Cannabis Act is rolled out on October 17th.

“As I’ve said a number of times until the actual coming into force date happens and the law is changed, there is no point in looking at pardons while the old law is on the books,” said Prime Minister Justin Trudeau in a statement to the press. “We’ve said we will look at next steps once the new coming into force happens. But between now and then, the current regime stays.”

The Canadian government has yet to make any concrete promises as to what measures it plans to take to make things fairer for citizens who were prosecuted under soon-to-be outdated cannabis laws.