Legalization in Michigan Would Allow Residents to Carry 250 Joints

Most recreational states allow for the possession of one ounce, but legalization in Michigan would let residents carry more than double that. 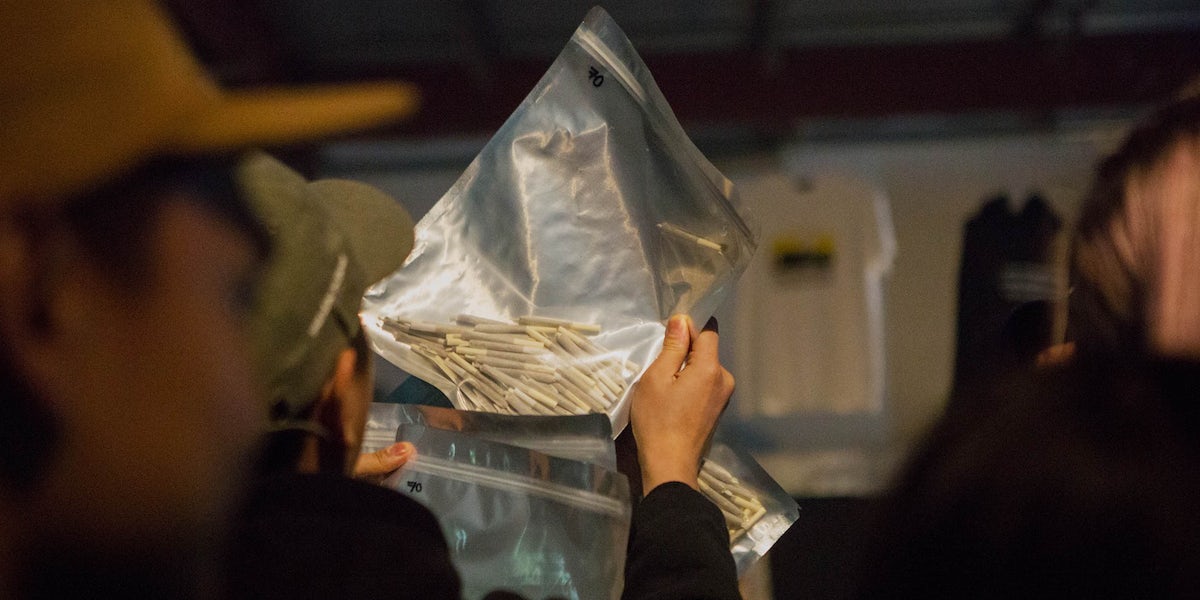 If voters choose to support legalization in Michigan this fall, they will be allowed to carry up to 250 joints at a time—depending on how fat they roll their joints.

The measure, which voters will see on their ballots on November 6, would allow Michiganders 21 and over to legally possess up to 2.5 oz (or 250, 1 gram joints) and store up to 10 oz at home with the ability to grow up to 12 plants.

Only Maine currently has similar regulations which offer the same amount for personal possession, but limit home grows to three mature plants. The standard across all other states that have legalized recreational marijuana appears to be one ounce, with the exception of the District of Columbia where the limit is 2 oz, according to the NORML database of state marijuana laws.

Under the current state law, possession of any amount of cannabis could result in a $2,000 fine and up to a year in prison, though the state allows for first-time offenders to receive lighter sentences, offering probation instead of a trial.

According to a report from Michigan Live, the organizers of the Michigan legalization initiative—the Coalition to Regulate Marijuana Like Alcohol—have said that while the possession limits may seem high to some, they were actually written to be on par with the state’s medical marijuana regulations.

Michigan legalized medical cannabis in 2008, allowing licensed patients to possess 2.5 oz and allowing patients or their designated caregivers to grow up to 12 plants at home.

Voters in the Wolverine State are expected to approve the ballot measure, according to polling released by Michigan State University in the spring which shows that just over 60 percent support legalization in Michigan. However, more recent polls funded by Healthy and Productive Michigan—the campaign opposing legalization—suggest that the state is split almost evenly on the issue. The difference there appears to be that opposition groups polled a larger number of older voters who are more likely to say they oppose legalization.