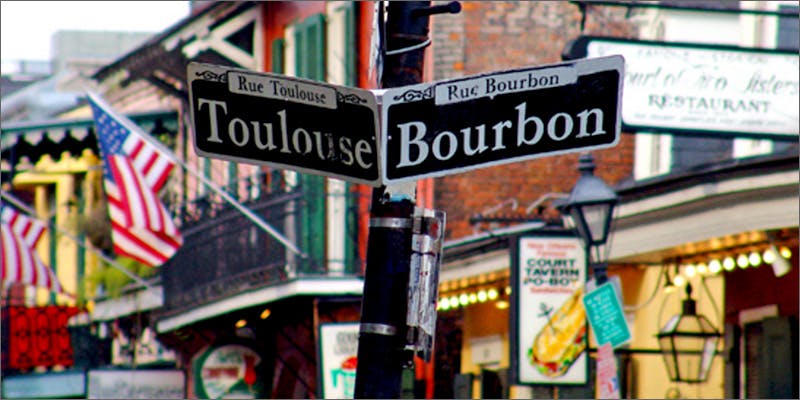 After being notoriously known for its high rate of marijuana arrests, New Orleans decriminalizes the possession of small amounts of marijuana. One small leap for New Orleans but one big leap for the USA?

It seems like there could be another state taking the road to legalization, with New Orleans taking the crucial first step. New Orleans is moving into the world of legalization by decriminalizing marijuana. This means that police will no longer be obligated by law to make arrests for simple marijuana possession. Of course, this does not mean that it is by any means legal to smoke a joint on the streets of New Orleans. However, this is an enormous step for Louisiana given that it is a state renowned for arresting and imprisoning for simple possession.

There are still some hurdles that the New Orleans police force is going to have to overcome before this becomes an ideal situation for legalization to occur. The racial stigma associated with marijuana arrests is only one example of these hurdles. Nonetheless, this is an enormous step for the state of Louisiana. If this very marijuana un-friendly state is taking steps towards being marijuana friendly, then legalization around the country is something the USA can hope for.

At the discretion of the police

Mitch Landrieu, mayor of New Orleans, signed the papers just a few days ago declaring that police officers will have the choice whether or not to make an arrest or to give fines for a simple marijuana possession. According to the NOLA Code, this means that police will have discretion as to whether or not to give a ticket to someone who is possessing 14 grams or less of marijuana, without an intention to distribute. The fines will range from $40 to $100 and it will take effect on June 21.

This comes after a law change in 2010, which meant that police officers could choose whether or not to make an arrest, or make a summons to appear in court. These are very small baby steps in the right direction towards legalization, but it doesn’t come without its challenges for Louisiana. There is still the racial issue to consider in New Orleans in terms of marijuana arrests if it is still going to remain at the discretion of the police.

At this stage, the situation in New Orleans with respect to racism as well as drug laws is like walking on eggshells, although according to statistics the New Orleans police have already demonstrated a willingness to participate in the changes. According to the Marijuana Policy Project, arrests have fallen by 50% since the initial changes took place in 2010.

Is there hope for the USA?

Let’s not forget that Louisiana is one of the top ten states for marijuana arrests in the USA. It is also well known for arresting black people at three times the rate than white people for marijuana possession, despite the fact that white people are no less likely to use or sell it. For them to be taking this step is a pretty enormous deal for the southern states of the USA.

The USA can only hope that other states in the south such as Texas and Oklahoma only follow suit. Once this becomes a nationwide affair, the federal government is going to have no choice but to legalize marijuana at the federal level. With more states backing legal marijuana, the closer the USA gets to legal marijuana federally.

So it’s all going to rest on whether or not the police can overcome the racial stigma associated with marijuana use, as well as to participate in the positive changes that this can bring to the state of Louisiana.

Do you think that Louisiana is catching up with the legalization game? Let us know your thoughts on our social media or in the comments below.