In Maine, a booming market for homemade cannabis concentrates has fuelled safety concerns after a series of fires. 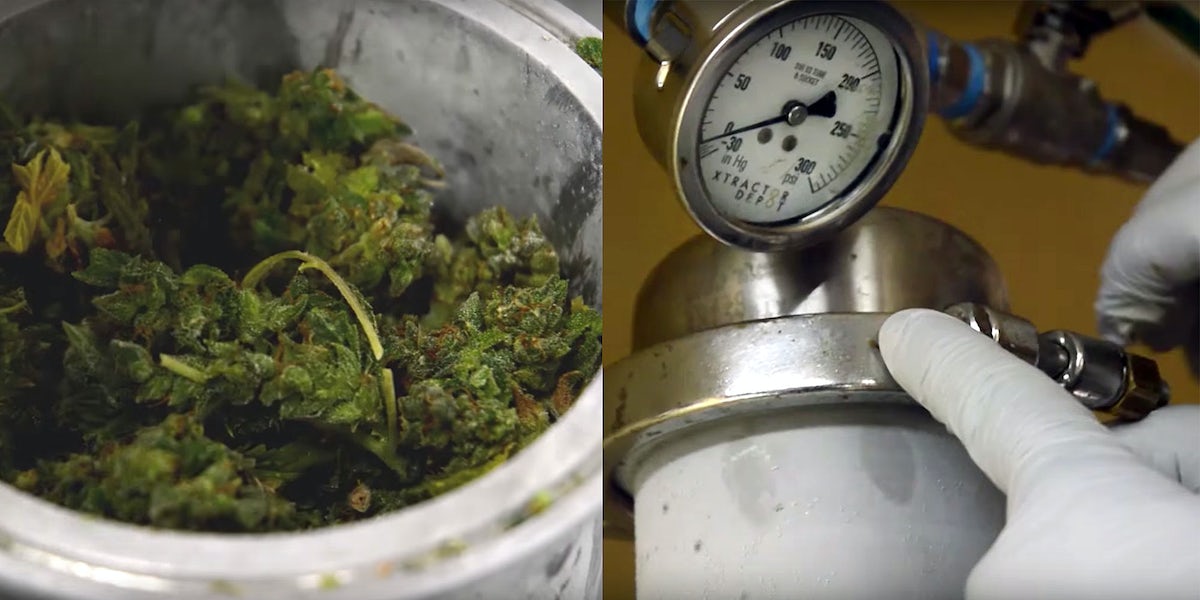 Many recreational and medical cannabis users alike don’t always enjoy smoking flower and some are simply unable to. Many turn to concentrates like hash oil, shatter, wax, or edibles to feel the effects of weed without burning excessive plant material. But that doesn’t mean exacts are without combustion concern. Officials in the state of Maine are warning residents not to try the extraction process at home, after a near-brush with catastrophe during an apartment fire.

Last April, Biddeford, Maine, firefighters came across a large metal pump-like cylinder in a kitchen. It was filled with pot and attached by hoses and valves to multiple canisters. In some of those canisters was butane, an extremely flammable gas. The fire was on a different floor, but it created a new sense of urgency as the threat of a sudden flash fire grew closer, and none of the firefighters on hand were familiar enough with the equipment to dismantle it without letting out butane.

Thankfully, the worst was avoided, but it sparked a public interest in these devices. Created to create homemade extracts, Maine officials are considering how to approach the matter and spreading awareness about the dangers of keeping these rigs at home. Even if there isn’t a fire nearby, butane in the air can ignite from a spark if the equipment is poorly managed. It’s not hard to imagine a potentially dangerous scenario if extraction equipment is kept in the same vicinity as someone lighting up. Earlier this year, firefighters treated injuries to an Ellsworth resident that received second and third-degree burns trying to make their own concentrate. The butane was ignited by a nearby space heater.

Thankfully, not all extraction equipment use flammable gasses, but it’s enough of a problem that in 2014 when Colorado legalized recreational weed sales, there were an estimated 32 extraction-related blasts in one year. Explosions and arrests continue to this day.

Maine voted in its Marijuana Legalization Act in 2016, and while it was embattled by its own Governor Paul LePage to the end, state legislature managed to confirm legal weed earlier this month. These plans will include alternative forms of marijuana consumption, like CBD and THC oils, but there are considerations being made on how they are made and how licenses will be confirmed.

Enjoy the latest and greatest from Herb, enter your email below to get exciting cannabis updates delivered to your inbox.
May 26, 2018 — Last Updated January 28, 2020
Written by Zack Kotzer