Now Reading:legalization | Inside the fight to break down the barriers to marijuana research 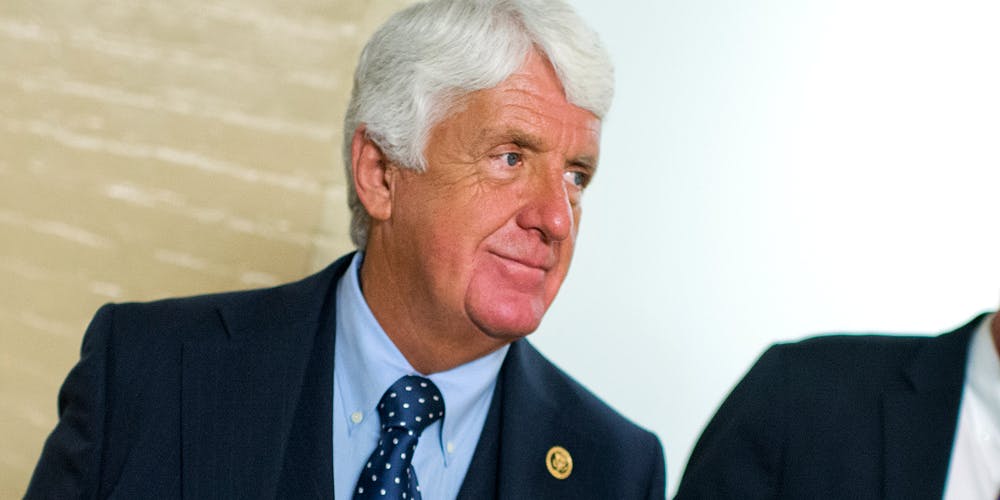 Inside the fight to break down the barriers to marijuana research

Prohibitionists continue to oppose marijuana by saying that there isn’t enough science on it, but getting the science is nearly impossible.

On January 18th, Republican Congressman Rob Bishop of Utah introduced a House bill that aims to dismantle many of the barriers to medical cannabis research.

Bishop’s bill is the House version of the Marijuana Effective Drug Study Act (MEDS Act), which was introduced to the Senate last September by Senators Orrin Hatch (R-UT) and Brian Schatz (D-HI). The House and Senate bills are identical, and both must pass independently to become law.

The federal classification of cannabis as a Schedule I drug—alongside other drugs like heroin and LSD “with no currently accepted medical use”—has created significant obstacles to conducting research. These difficulties include a lack of federal funding, a complex research approval process, and a shortage of government-approved marijuana for trials. To put the process into perspective, it took the first rigorous clinical trial looking at cannabis as a treatment for post-traumatic stress disorder in veterans seven years of applications and review boards to get started.

While Bishop’s bill would not reschedule cannabis, it would remove many of these unnecessary barriers to researching cannabis in a timely and responsible manner. This could completely shift the conversation around legalization as many prohibitionists continue to oppose marijuana by saying that there isn’t enough science on it. It’s become somewhat of a chicken and egg situation as influential political figures like Attorney General Jeff Sessions continue to say we need more research before rescheduling marijuana, but without rescheduling marijuana it’s extraordinarily challenging to conduct research.

One of the biggest problems cannabis researchers in the United States face is obtaining quality cannabis. Currently, researchers are only permitted to conduct studies using cannabis they’ve obtained from a farm run by the University of Mississippi and operated by the National Institute on Drug Abuse (NIDA). It’s been that way for more than forty years. But this cannabis has notoriously low THC contents compared to what medical marijuana patients and recreational users typically consume.

In 2015, one study found that Colorado’s legal cannabis had an average THC level of 18.7 percent, with some product reaching THC levels as high as 30 percent. By contrast, research cannabis from the University of Mississippi reportedly contains THC levels of around five or six percent.

In August 2016, the DEA announced it would end its monopoly on cannabis and begin licensing other growers for research. This would not only allow scientists faster access to cannabis, but also to a wider diversity of cannabinoids needed to investigate the plant’s full medical potential.

There was quite a bit of excitement at the time the announcement was made, but since then there hasn’t been a single grower approved. More than 20 grow applications sit pending and, according to sources, the hold up is coming from Attorney General Jeff Sessions at the Department of Justice, not the DEA.

Accordingto Ismail Ali, Policy and Advocacy Counsel for the Multidisciplinary Association for Psychedelic Studies (MAPS), the bill does a good job of addressing the issue of the NIDA monopoly, but it also drastically minimizes the number of experienced growers who can apply by excluding people with conviction records related to the manufacturing, distribution, or dispensing of marijuana.

“That’s a huge barrier, especially for formerly incarcerated people, which a lot of other local legalization schemes are actively trying to undermine by creating equity programs that directly benefit people historically targeted by the War on Drugs,” says Ali.  In practice, this criteria means that only two types of applicants will be considered: experienced growers and distributors who have successfully evaded arrest, or those who have legitimately never grown or distributed cannabis before.

The MEDS Act also mandates that the National Institute for Drug Abuse (NIDA) establish guidelines for growing research cannabis. NIDA must publish these guidelines no later than 180 days after the enactment of this Act, for the benefit of those looking to grow research cannabis.

For some, however, it’s concerning that NIDA—the same institution that grows notoriously low-quality cannabis out of the University of Mississippi—would be responsible for establishing guidelines for growing research cannabis. To establish effective guidelines, Ali hopes that NIDA would “partner with other growers (this is where public-private partnerships could do a lot of good) to establish more consumer-friendly expectations and standards.”

Despite these concerns, Natalie Ginsberg, Policy and Advocacy Director at MAPS, describes herself as “cautiously optimistic” in the bill’s ability to pass, and its viability to finally end NIDA’s research cannabis monopoly.  “Some legislators who do not support legalization, or even medical cannabis, still understand the necessity of conducting cannabis research. I’m hopeful these research bills can gain deep bipartisan support, and I’m encouraged that they’re introduced by Republicans,” says Ginsberg.

In a statement, Bishop himself said that “The MEDS Act is common sense. When presented with an opportunity to alleviate the suffering of those afflicted with painful disorders, we must take it. We don’t know all the answers when it comes to the effects of medical-grade marijuana.” Bishop hopes that this legislation will allow “… scientists and researchers to get at those answers in a responsible manner that isn’t hindered by unnecessary roadblocks.”

Bishop’s bill currently has seven cosponsors, four Democrats and three Republicans. Bishop has also co-sponsored other legislation in the past to bolster medical marijuana, such as the Charlotte’s Web Medical Hemp Act of 2014, which would exempt therapeutic hemp and CBD from the federal government’s scheduling of marijuana. (CBD, despite being psychoactive, is still federally illegal because it’s derived from the cannabis plant.)

While Republicans and Democrats alike have recently introduced a number of bills to reschedule or reduce research barriers on marijuana, Ali says that “The biggest downside is the fact that we’re even at a point where legislation seems to be the only way to solve this, because it isn’t—AG Sessions could do this himself.”

According to a recent poll from Quinnipiac University, 90% of Republicans, 95% of Democrats, and 96% of independents currently support medical marijuana.