Now Reading:legalization | Michigan will vote on recreational marijuana legalization in 2018 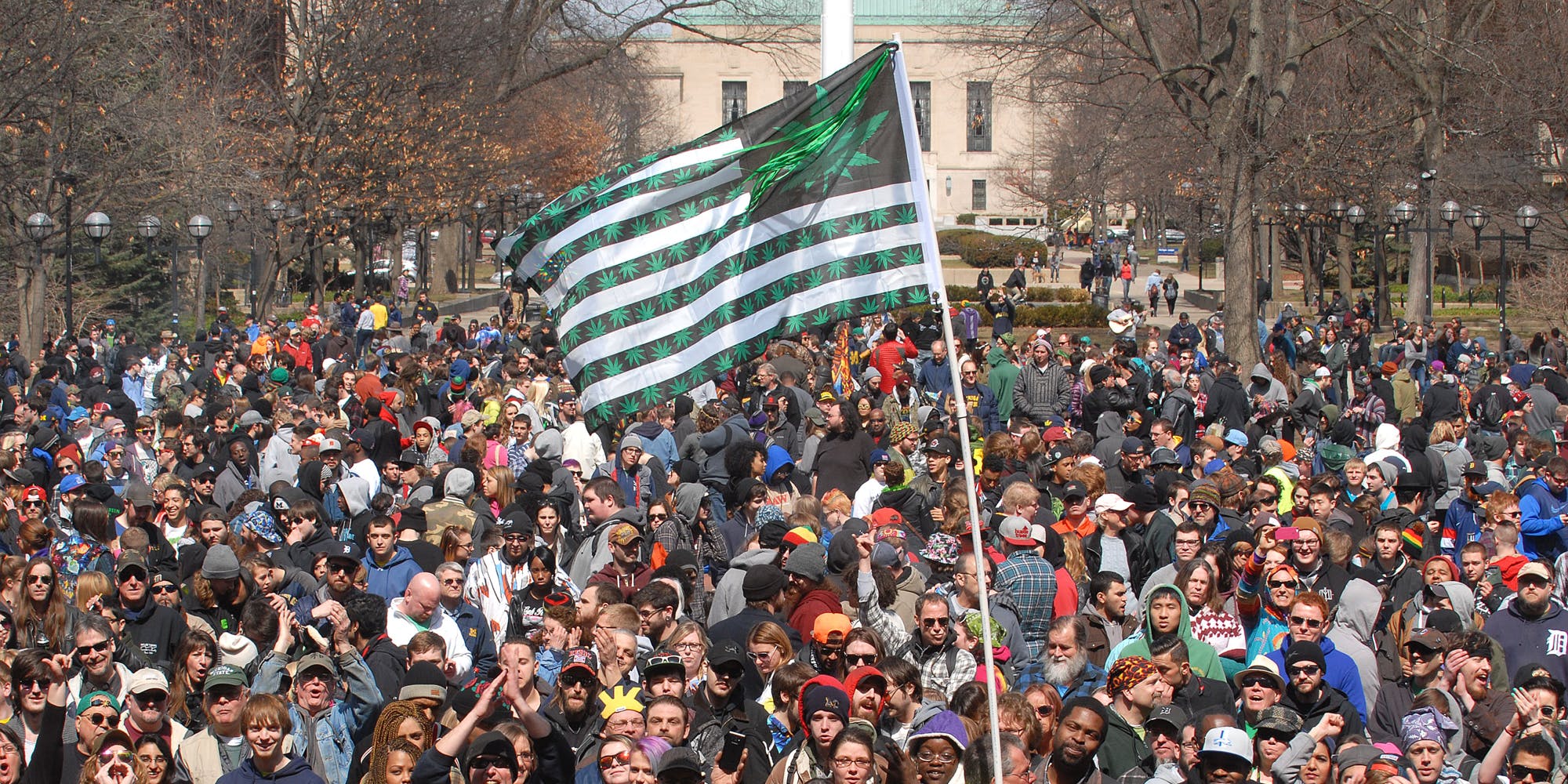 Michigan will vote on recreational marijuana legalization in 2018

Having acquired over 100,000 more signatures than necessary the Coalition to Regulate Marijuana like Alcohol have put weed on the ballot for 2018.

While it’s yet another thing excluded from Robocop’s vision of the future of the state, it is likely that Michigan will be voting on recreational marijuana next year. Having acquired over 100,000 more signatures than the necessary amount, the Coalition to Regulate Marijuana like Alcohol may have successfully gotten the matter on to the ballot for 2018 elections. But the coalition says this won’t guarantee that Michigan will be joining legalized states like California or Colorado.

The proposed legislation would allow residents 21 and over to carry 2.5 ounces in public and possess up to 10 ounces in their private residence. The licensing process for selling and growing cannabis would be identical to the process for medical marijuana, which has been legal in the state since 2008. The government would have a 10% tax on marijuana, with tax revenue going towards education and public infrastructure. That does not include the 6% sales tax.

While there is a lot of public support for the legalization of cannabis, having 360,000 signatures to get on the ballot isn’t the same thing as successfully passing something into law. To put things into scale, the coalition’s impressive support is still outdone by an impressive anti-gerrymandering bid for the same ballot.

The Coalition to Regulate Marijuana like Alcohol also used much of its available funds to wrangle these signatures together. They predict they’ll need another $7 million to properly campaign against their opposition. The Committee to Keep Pot Out of Neighbourhoods and Schools is the coalition’s main rival in lobbying recreational cannabis, though surprisingly enough the committee is actually working on behalf of businesses with an interest in the medical marijuana market. The committee thinks that accessible medicinal cannabis is sufficient. “We are on the verge of creating a regulated system for the production of medical marijuana,” said the committee in a statement, “which will provide regulation, taxation and rigorous testing so that patients and doctors will know the products are safe. The ballot proposal puts the public at risk and will be vigorously opposed.”

The committee will have to raise money and campaign much like the coalition. If the state legislature approved the proposal then could skip the ballot and go immediately into effect. But with Governor Rick Snyder and Michigan legislature being Republican-run the coalition doesn’t think this outcome is very likely.

“People are way ahead of the politicians on the legalization issue,” said Jeff Irwin, a former Democratic rep and current political director of the coalition, “and we don’t have any confidence that the politicians are going to take action. It’s never a waste of time to extend an olive branch to gain compromise, but I’m not very hopeful that the Legislature will pass this initiative as we’ve proposed.”