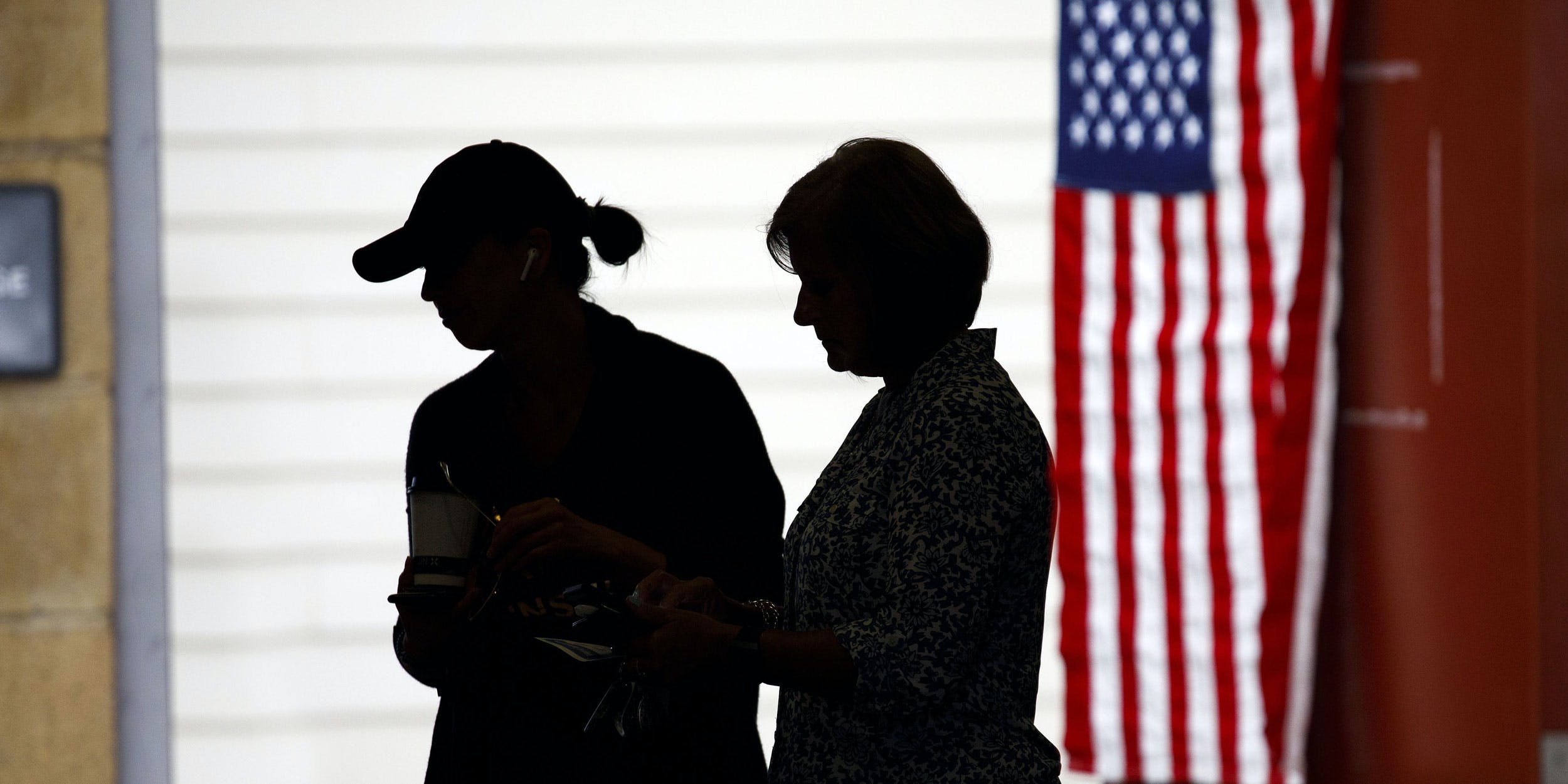 The silhouettes of voters are seen at a polling location on Tuesday, June 5, 2018. (Photo by Patrick T. Fallon/Bloomberg via Getty Images)

A new survey suggests that Michigan voters may be more divided on the issue of legalization than previous polls have shown. The results of a survey, conducted by pollsters at Target-Insyght, which questioned 800 voters statewide, found that 47 percent would vote against the ballot measure to legalize while 44 percent would vote in favor.

The initiative, which voters will see on the ballot in November, would allow residents to possess up to 2.5 ounces or 15 grams of concentrates.

“The results are not surprising,” read a statement from Scott Greene, the president of Healthy and Productive Michigan, an anti-legalization group that has been pushing the new poll. Greene suggests that Michigan would become the national pot capitol and that cartel members could end up moving into local neighborhoods and promoting heavier drug use.

The results fall within the margin of error for polling, which means that voters could go either way on election day. They are significant because they show that legalization may not have the support that cannabis advocates have suggested.

“The marijuana industry interests have consistently pushed a façade of majority support and inevitability,” Greene added, citing another poll from May which was paid for by Healthy and Productive Michigan and showed that less than 50 percent of Michigan voters support cannabis. However, 64 percent of the respondents to that poll—which was conducted by Victory Phones—were aged 55 and older.

According to a University of Michigan study, older Americans are less likely to support legalization, so it stands to reason that if a majority of respondents are over 55, the likelihood of the results showing less support for legalization will go up.

By contrast, polls that have been pushed by pro-legalization groups have found that nearly 60 percent of Michigan voters support legalization.

In March, a poll conducted by the pro-legalization organization NORML and the EPIC-MRA found that 61 percent of the state supports legalization. When divided by age, pollsters found that 87 percent of those 18 to 34 support legal cannabis.

That being said, election experts generally agree that turnout among Democrats and young voters—the two groups most likely to support legalization—is generally low in midterm elections. For example in the 2014 midterms, the University of Michigan found that just 14 percent of student voters showed up to cast a ballot.

The fact that legalization is on the ballot this year, however, could result in a higher voter turnout among students and Democrats alike. That possibility was enough to scare state Republicans into thinking about passing a legalization bill before those voters had a chance to show up to the polls and elect their opponents.