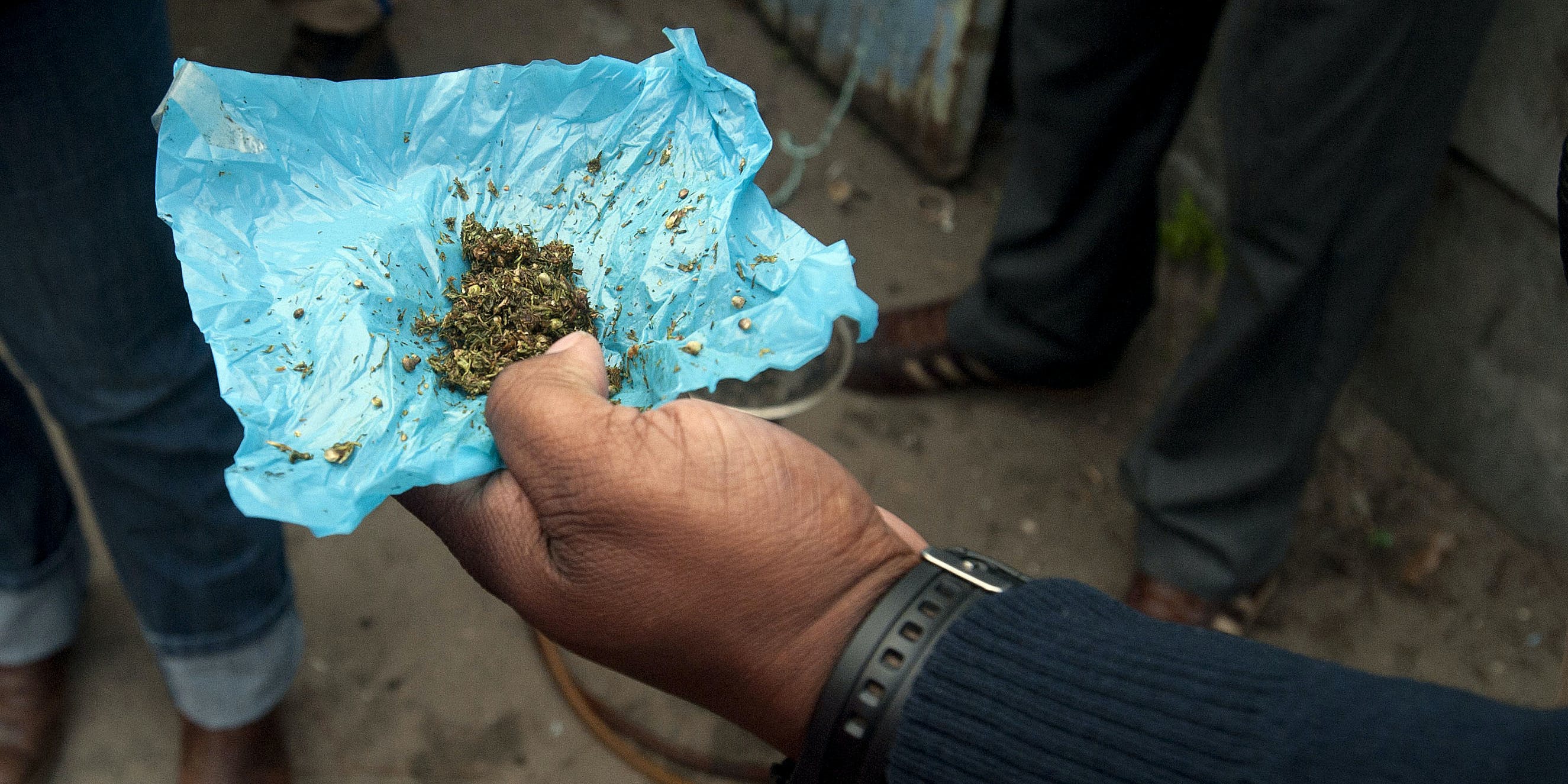 More People Were Arrested For Simple Marijuana Possession, Than Every Violent Crime Combined

Even though legalization is sweeping the country, more Americans than ever are being indicted for marijuana possession.

The traditional liberal narrative around mass incarceration centers around the “war on drugs,” originally declared by President Nixon in the 70’s, which began locking up non-violent drug offenders at unprecedented rates. Since the popularization of this story, numerous news outlets and books have cropped up to offer an alternative, more complex explanations for the United States’ unprecedented prison population. But no matter which version of the narrative you subscribe to, it’s undeniable that each year, staggering numbers of Americans are arrested for simple possession of marijuana—a drug that has been legalized in some shape or form by more than half of the states in the union.

On Monday, the FBI released the crime statistics for 2016, and the numbers are shocking. Last year, more people were arrested for simple marijuana possession, than were arrested for the combined number of all violent crimes.

2016 Marijuana Arrests Higher Than 2015 Despite Legalization

The official number of arrests recorded is about 587,700 for 2016. As the Washington Post reports, this number amounts to more than one arrest made for marijuana possession, for every single minute of the year. “This article is roughly 500 words long. Assuming an average adult reading speed of around 250 words per minute, that means that in the time it takes you to finish this story, an average of two Americans will be arrested for marijuana possession.” Writes the Post. Considering you’re currently reading this article on HERB, a cannabis-centric platform, it’s safe to assume that many of you are high right now. Meaning that as you read these words, somewhere in the United States, somebody is being arrested for the activity you’re currently engaged in.

It’s also worth noting that arrests made for marijuana possession disproportionately target Americans of color. As Michelle Alexander points out in The New Jim Crow: Mass Incarceration in the Age of Colorblindness, studies had shown that “among youth who have never been sent to a juvenile prison before, African Americans were more than six times as likely as whites to be sentenced to prison for identical crimes.” Often, these crimes are simple marijuana possession. In fact, black Americans are anywhere from 3.73 to 10 times more likely to be arrested for marijuana possession than white Americans.

Regardless of the precise reasons for America’s shameful rates of mass incarceration, it’s impossible to ignore the contributions made by the enforcement of non-violent marijuana-related crimes. And once someone has been given a criminal record, even for a crime that most Americans believe should be legalized, their job prospects plummet, and many of their rights are neutered. This is the case, even though somewhere around 60 percent of Americans believe that recreational cannabis should be given the same legal status as alcohol.

For a democracy to work for everyone, the laws governing a society must reflect the values of the citizens who live within it. Otherwise, people will continue to be incarcerated at staggering rates for activities that are viewed by most as a harmless hobby.