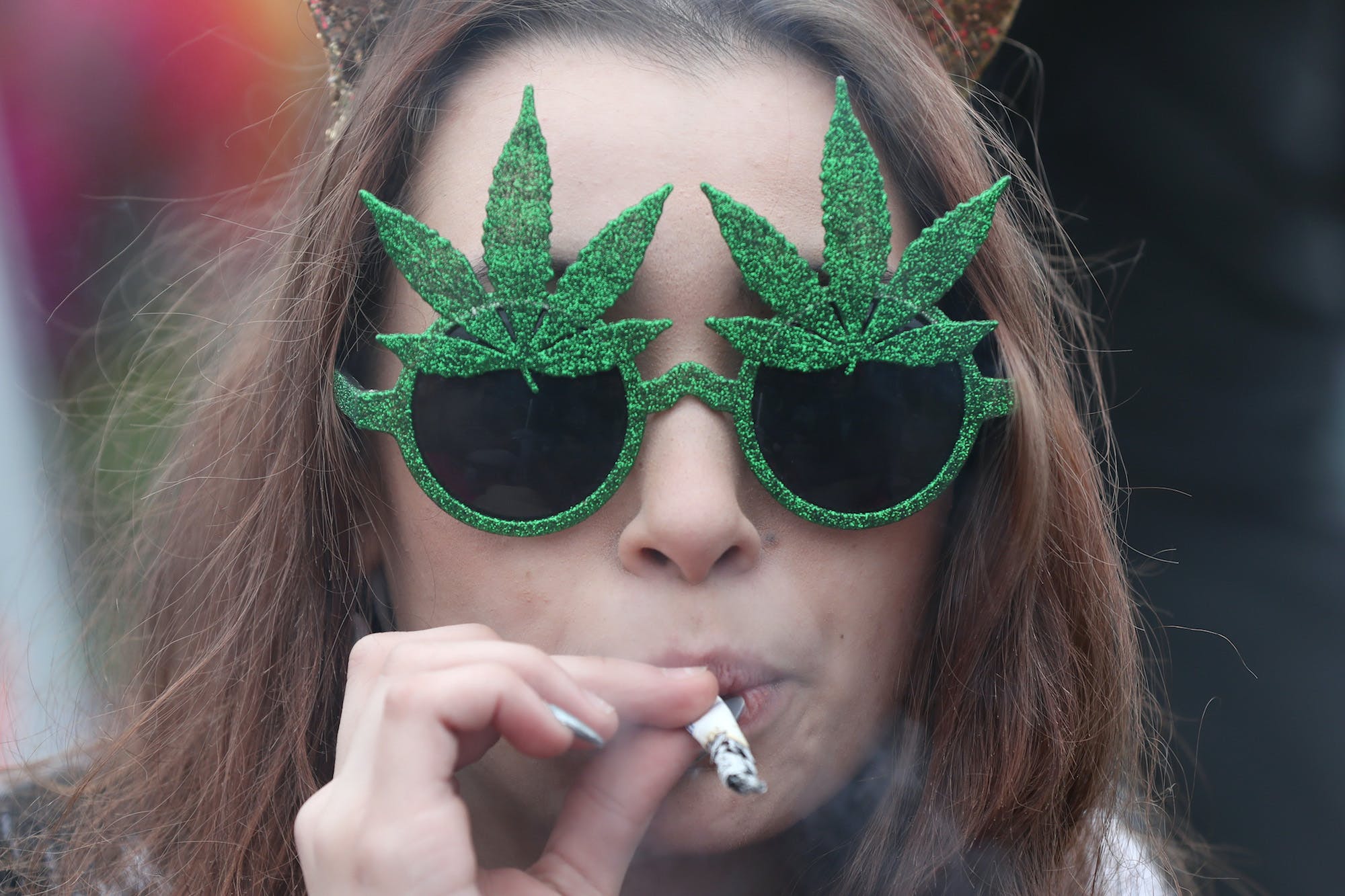 A woman smokes marijuana on Parliament Hill on 4/20 in Ottawa,Canada, Photo by: Lars Hagberg/AFP/Getty Images)

Canada Wants To Impose The Dumbest Marijuana Law In History

New Brunswick just proposed a law that would force citizens to treat weed at home the same way they treat firearms.

As the Canadian federal government prepares to legalize cannabis across the country, enthusiasts and entrepreneurs from province to province are keeping their eyes on the laws tied to the good herb. The final legislation is expected to drop in 2018, but it isn’t impossible to get an early feeling of how they’ll shake out.

Unsurprisingly, British Columbia is expected to have some of the most flexible laws in the country, provincial politicians hinting that their initial rules won’t be as standardized as other provinces. Just as unsurprisingly, Ontario’s rules are looking the NARC-iest, with sales being limited to Crown corporation chains like the LCBO, rueing chaos for the dispensaries that opened as rapidly as they closed. But as far as the nitty gritty goes, leave it to the Maritimers to find the weirdest way to enforce Canadian cannabis.

“For people here in New Brunswick who have guns in their houses, it’s locked,” said New Brunswick’s Justice and Public and Safety Minister Denis Landry. “It’s their responsibility. This will be the same thing.”

Under the proposed laws, New Brunswick’s marijuana users can carry up to 30 grams of unsealed cannabis along with the rest of the country. When they put the pot down at home, however, the province is requiring owners to keep their stash in a locked location. Perhaps in a small lockbox, or in one of those hidden safes behind the antique portrait of your Great Uncle Otis.

Comparing a joint on the table to a gun is a steep comparison for the province to make.
A bong tipping onto the floor will spill rank water everywhere. An improperly stored gun toppling over can fire a bullet. It’s a ‘think of the children’ sort of legislature, but a kid getting their hands on a baggie could never wreak the kind of danger as a kid finding a gun. Guns have inched their way into the third leading cause of child death stateside, many being from improperly stored firearms.

How the province plans to enforce such a rule has been vague, barring anything short of x-ray vision. One cause of concern is the legal backdoor it leaves open for petty busts. East Coasters, if someone arrives at your door with a weed inspector t-shirt on, do your best to make sure they’re the real deal I guess.

Benoît Bourque, the province’s health minister, says that this rule isn’t necessarily for enforcement purposes, but more of a guideline. “It creates awareness,” says Bourque, “and just awareness in itself is a good step forward for people to understand we are serious about keeping children and youth safe and having those products out of their hands.”

There will be some inevitable confusion and confliction as Canada transitions into a pot-selling nation. The Conservative party may attempt to push legal cannabis back even further, moving the goal post, they say, to help authorities prepare. When marijuana comes in, hopefully in 2018, it may be coming in hot. If you’re in New Brunswick and plan to follow the province’s laws, for the love of god, don’t forget your lock’s combination.