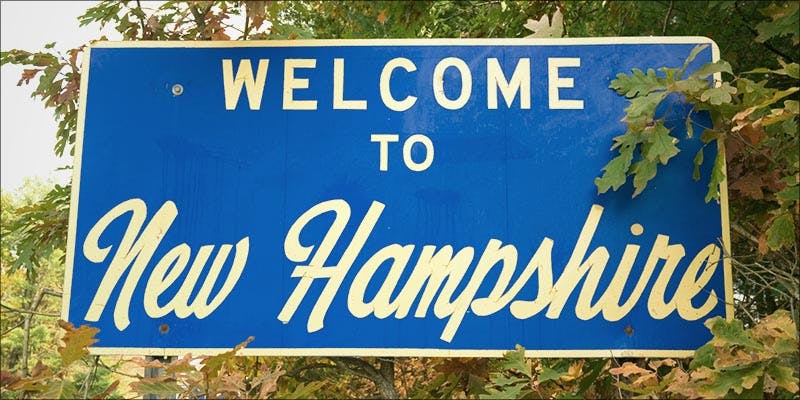 With the decriminalization of weed, the “Live Free or Die” state is living up to its motto. Is this the first step towards the legalization of cannabis?

Last month, New Hampshire Governor Chris Sununu signed a bill that will decriminalize cannabis possession, removing the criminal penalties of holding up to three-quarters of an ounce of bud or up to five grams of hash. With the new law passed, it also means that all of New England has decriminalized weed.

The new laws sees the possession of cannabis becoming a violation-level offense, which can still see fines of up to $300 being given, while any minors caught would be subject to a delinquency petition. But, if a person is caught for a fourth time within a three-year period, they can be charged with a misdemeanor.

Remember, the decriminalization – not legalization – does not take effect for 60 days after the bill is signed, so it still pays to be vigilant with your herb. Once the bill take affect, it means New Hampshire smokers caught with small amounts will receive the weed equivalent of a speeding ticket, with no time behind bars, which could have seen up to a year of jail time.

This is good thing, right? It’s still crazy to me the idea that you would start paying $100 and $200 tickets for having three-quarters of an ounce. Because of the status quo in this country, we’ve been conditioned to say, ‘Oh, you can no longer go to jail,’ then that’s a really big thing.

But it’s still nuts that having three-quarters of an ounce of a plant could give you a $200 ticket.