There were storage bins of flower throughout the house. 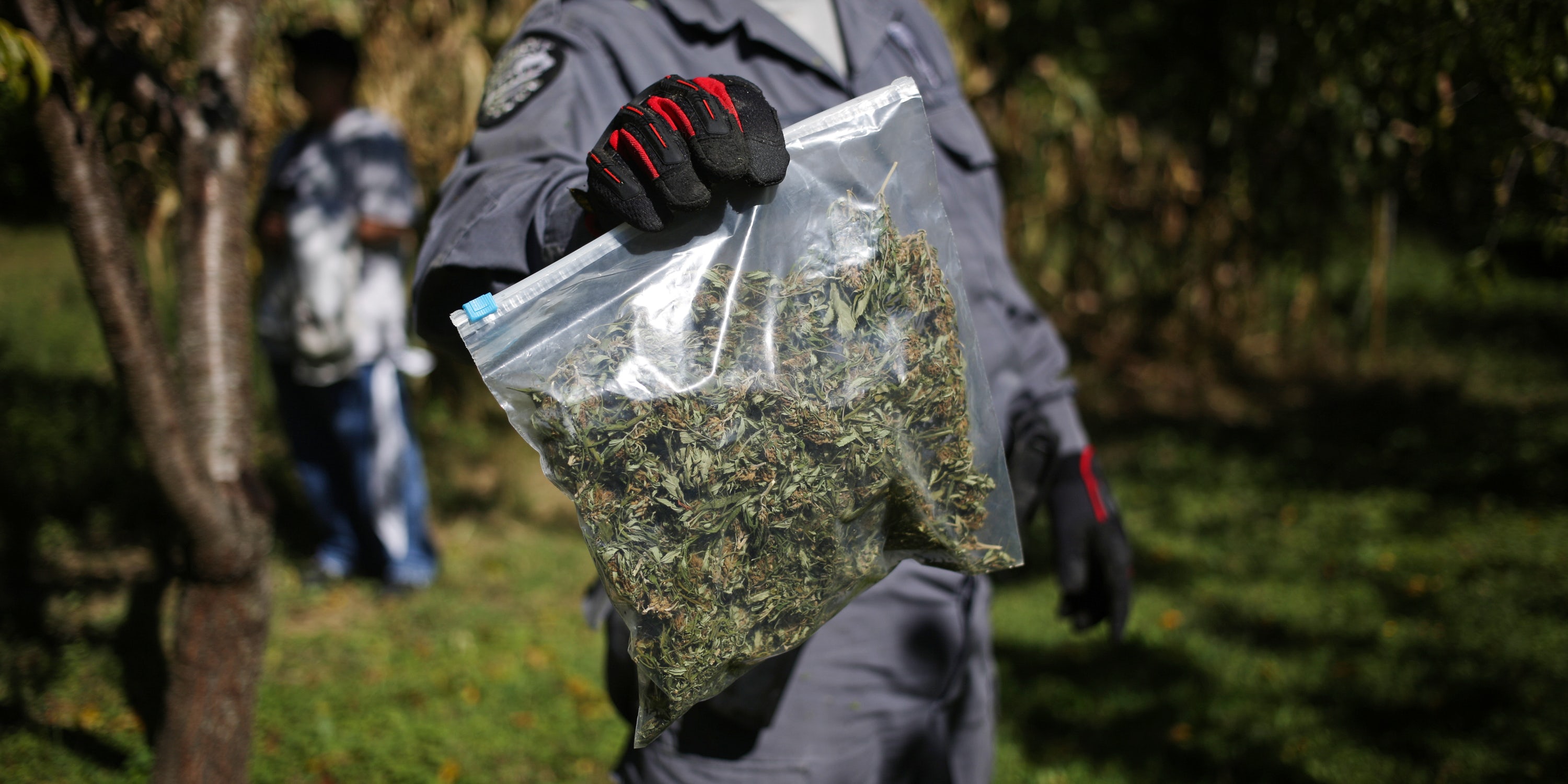 A bag of seized illegal marijuana is displayed for a photograph by a state trooper with the Kentucky State Police Cannabis Suppression Branch in Pine Knot, Kentucky, U.S., on Monday, Sept. 14, 2015. Funded by federal grant money, the Kentucky State Troopers and Kentucky Army National Guard work together to enforce marijuana laws including destroying illegal grow operations throughout the state. Photographer: Luke Sharrett/Bloomberg via Getty Images

There’s been a pretty consistent trend lately. There’s a lot more weed in North America. And, there seems to be a lot more cops secretly squirreling away this supposedly bad stuff for their own purposes. In any case, getting busted for having 65 pounds of weed in your house isn’t a good look for a police dispatcher.

That’s exactly what happened last week in Claremont, North Carolina. Police arrested couple Blong Ly Yang and Victoria Yang and charged them for possession with intent to sell. The Yangs initially cooperated with a search of their home, but revoked the invitation after police found three pounds of weed. Then, the officers returned with a warrant and found that the initial discovery was really just the tip of the iceberg.

Throughout the house, police discovered storage bins full of pot with an estimated street value of $130,000. They also found vacuum sealers and a digital scale, making it pretty clear the Yangs had been dealing. They even discovered a gun that had been reported as stolen.

“An operation this size is not someone sitting around their home with a ‘smoke bag,’” said Captain Jason Reid. “This has a low-end street value of over $130,000. Our drug investigators continue to remain relentless on the distribution of controlled substances in our community.”

Cannabis is illegal in North Carolina and, while there is some medical marijuana in the state, there is not much leniency. Where things get real messy is the fact that Victoria Yang worked as a police dispatcher, and concerns have been raised that she may have been using insider information in their little side-hustle. As a dispatcher, she’d been privy to sensitive information about reported crimes.

Get 20% off premium weed and discover the latest products, news, and deals in cannabis.
February 06, 2018 — Last Updated
Written by Zack Kotzer