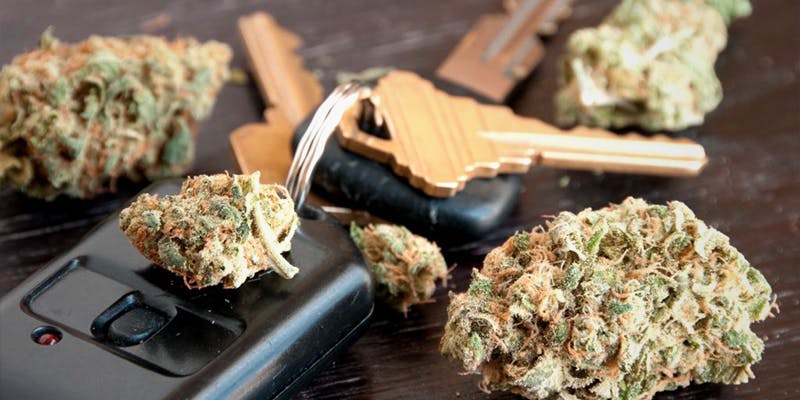 Ontario is adopting a zero tolerance policy toward many drivers who use cannabis. Truckers, motorists 21 and under, and new drivers are affected.

The Canadian province of Ontario is adopting a zero-tolerance policy toward many drivers who use cannabis. Commercial truckers, motorists 21 and under, and novice drivers will now face harsh penalties if caught behind the wheel after smoking weed, Premier Kathleen Wynne confirmed.

Commercial drivers will face three-day suspensions each time they are caught, and can be fined up to $450.

There is no excuse for impaired driving – whether it is due to drugs or alcohol. – Premier Kathleen Wynne

We applaud the provincial government for taking the necessary proactive steps to address road safety ahead of cannabis legalization. The measures announced today will align drug-impaired and alcohol-impaired offenses for young and novice drivers, ensuring there is a zero tolerance while they are in their formative years of driving and more at risk of being in a crash. Similarly, the zero tolerance levels proposed for commercial drivers, is an additional measure to help keep Ontario’s roads safe.

We had a goal to balance the new freedom that people in Ontario will have to use cannabis recreationally with everyone’s expectation that it will be managed responsibly. – Teresa Di Felice, CAA South Central Ontario’s Director of Government and Community Relations

MADD Canada had spoken out earlier this year about the supposed need for new impaired-driving detection methods beyond standard field sobriety tests and evaluations currently used.

Drug-impaired driving has become a much larger part of the overall impaired driving problem in Canada over the past several years. But when we look at the impaired driving charges laid, just a small fraction are for drug impairment. – MADD Canada President Angeliki Souranis

For the last 20 years it has been an industry standard for companies to take proactive steps to ensure drivers are fit for duty and not operating under the influence of alcohol or other drugs.

With the legalization of marijuana, we believe governments need to send employers a clear message on what is expected in the transportation sector when it comes to safety sensitive positions.

If we are going to have zero-tolerance policies for roadside enforcement of carriers, we need to ensure they have the necessary tools to enforce those policies in their workplaces. – Ontario Trucking Association President Stephen Laskowski

Recreational cannabis will be sold only by the government, in stand-alone stores. Forty are planned for opening by July 2018, rising to 150 in 2020. Online sales will also be available.

Testing uncertain; Even impairment is uncertain

Unlike with alcohol, there is no process by which to reliably and immediately determine the level of tetrahydrocannabinol (THC, the main active ingredient in cannabis) in a driver’s system. For now, the matter will be left “up to the officer’s discretion.”

That’s not good news since many law enforcement types aren’t big fans of cannabis or the people who use it. Officers currently go through the motions of using standard field sobriety tests and drug recognition evaluations to “determine” whether the officer believes the driver is under the influence of pot. But those measures, of course, are highly subjective and subject to abuse.

The first scientific study to analyze the effects of cannabis on driving performance found that it caused virtually no impairment at all. Researchers at the University of Iowa’s National Advanced Driving Simulator carried out the study, sponsored by the National Highway Traffic Safety Administration (NHTSA), the National Institute on Drug Abuse (NIDA), and the Office of National Drug Control Policy (ONDCP).

Cannabis, when taken in moderate amounts, seems to cause no significant driving impairment, the researchers concluded. In fact, some argue that it makes experienced users drive more safely.