Pennsylvania Could Make $580 Million in Taxes if it Legalized Marijuana

Legalization could help Pennsylvania balance its budget, but the Republican-controlled legislature is unlikely to go for it. 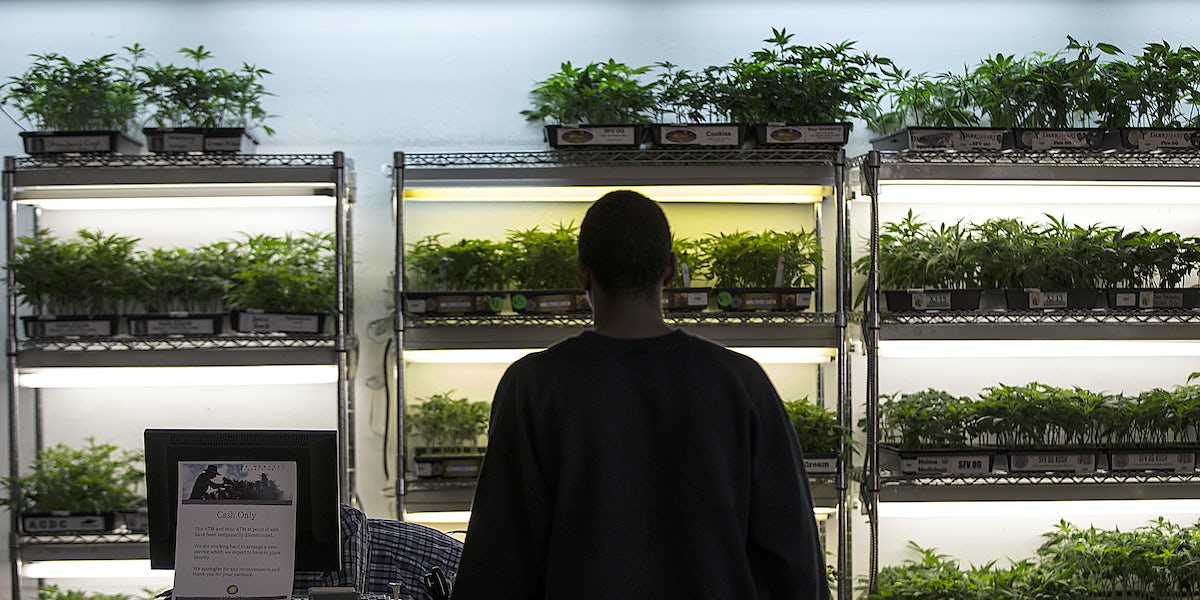 OAKLAND, CA, THURSDAY, NOVEMBER 6, 2014 – Cannabis sprouts on display and for sale in the lobby of the Harboside Health Center. (Photo by Robert Gauthier/Los Angeles Times via Getty Images)

Pennsylvania could make over $580 million in taxes if the state legalized and regulated recreational marijuana, according to its Auditor General Eugine DePasquale.

“Taxing marijuana offers a rare glimmer of fiscal hope, providing a way to refocus the state budget process away from filling its own gaps,” DePasquale told Philly.com. “Even without the money, this is a saner way to handle a very controversial topic,” he said. “With the revenue, it makes it a no-brainer.”

DePasquale proposed that Pennsylvania legalize adult-use of marijuana and place a 35 percent tax on retail sales. For a state that is expected to add another $1 billion to its budget deficit, the money could help Pennsylvania lawmakers fund schools, infrastructure and other programs, DePasquale argues.

His assessment is based on an estimate that about 800,000 residents of the Keystone State consume up to $2,000 worth of cannabis a year and that the tourism that pours into Philadelphia could help to fuel its cannabis economy as well. The state has gotten 28,000 registered medical users since it legalized medical marijuana in February.

Since Pennsylvania is a state which does not allow for ballot measures, it’s up to the state’s lawmakers to pass legalization and that’s unlikely given the opposition among its Republican-controlled legislature and Democrat Governor Tom Wolf.

Wolf has been an outspoken supporter of the state’s medical marijuana program and has supported its expansion since it was implemented, often tweeting things like, “Proud of the work my admin has done to bring vital [medical marijuana] treatment to families across PA.” But when it comes to recreational use the governor has taken a different tone.

When the auditor general’s office made a similar proposal to legalize and tax marijuana last year, Wolf insisted that Pennsylvania is not ready for recreational marijuana and suggested that DePasquale’s numbers were off.

“I saw the report. I haven’t talked to the auditor general. And I think he’s trying to be helpful in terms of the budget deficit,” Wolf told KDKA news. “His calculation I think had it at about $200 million. We have a $3 billion dollar deficit, so that’s not going to help.”

Wolf has supported decriminalization of the possession of small amounts of marijuana.

Enjoy the latest and greatest from Herb, enter your email below to get exciting cannabis updates delivered to your inbox.
July 25, 2018 — Last Updated
Written by Miroslav Tomoski