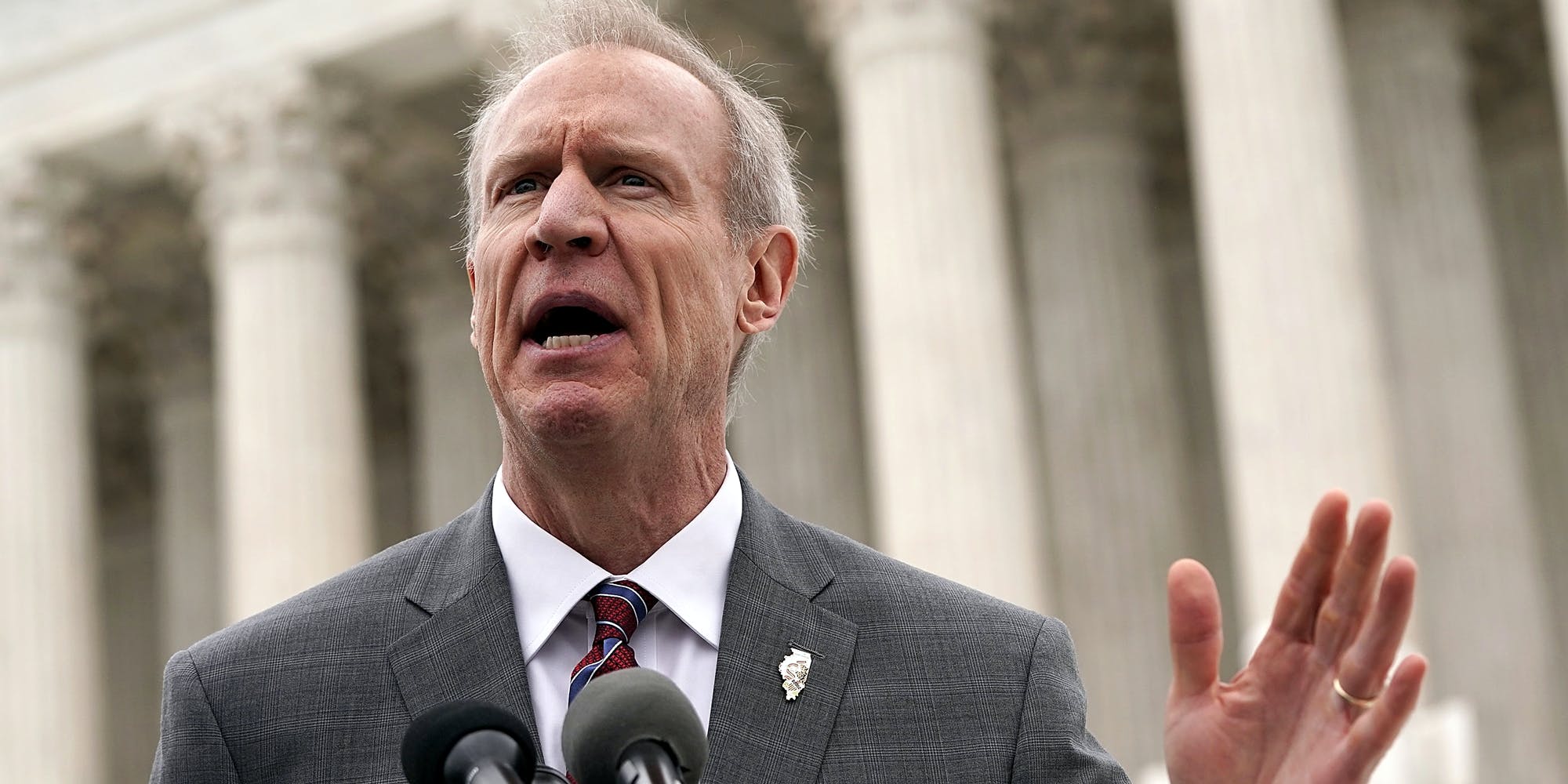 WASHINGTON, DC – FEBRUARY 26: Governor of Illinois Bruce Rauner speaks to members of the media in front of the U.S. Supreme Court after a hearing on February 26, 2018 in Washington, DC. The court is hearing the case, Janus v. AFSCME, to determine whether states violate their employees’ First Amendment rights to require them to join public sector unions which they may not want to associate with. (Photo by Alex Wong/Getty Images)

He’s running for re-election in November.

In a recent interview with the Ford County Record, a newspaper in Paxton, Illinois, Republican Governor Bruce Rauner said that he would veto a recreational marijuana bill if one were to be passed by the Legislature. Rauner has served as the Governor of Illinois since January of 2015.

Currently, the state of Illinois is ramping up for a gubernatorial election, with primary elections taking place on March 20th and the general election on November 6th. Rauner has announced that he will be running for re-election, and will go head-to-head with Representative Jeanne Ives for the Republican primary.

“Medical marijuana was approved before I became governor…I think there are some appropriate medical uses for that and we’re monitoring it,” said Rauner in his interview with the Ford County Record. “Recreational marijuana, just for personal use, I think is a huge experiment. We don’t know. And the drug has changed—marijuana has changed a tremendous amount over the last 30-40 years. It’s very, very potent. We don’t know how it impacts the developing brain. We don’t know what it does to pregnant women. We don’t know a lot of things.”

The Democratic candidates challenging Rauner argue that legalizing recreational marijuana would make economic sense, yielding tax revenue and helping alleviate the state’s $9 billion in unpaid bills. In Colorado, where recreational marijuana is currently legal for adult use, the industry produced over $506 million in taxes and fees for the state between 2014 and July of 2017.

Democratic candidates, like Pritzker and Kennedy, have also expressed a desire to commute sentences for those who are currently incarcerated on marijuana charges. According to the most recent analysis by the American Civil Liberties Union in 2010, Illinois is among the top 12 states with the highest rates of arrest for marijuana possession.

The state also has one of the strictest medical marijuana programs. Former governor Pat Quinn implemented a pilot program for medical marijuana, but it didn’t go into effect until Rauner assumed office in 2015. It’s set to expire in 2020. The only patients eligible for cards are those with “debilitating conditions” such as HIV/AIDS, Alzheimer’s and cancer.