Now Reading:legalization | How Can New Roadside Sobriety Tests for Weed be More Effective? 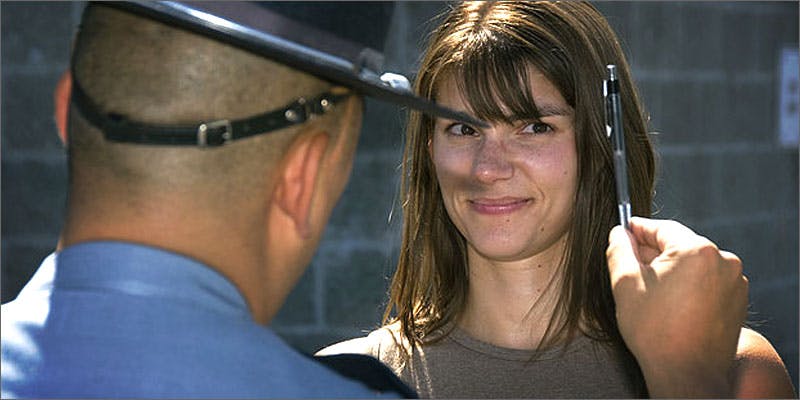 How Can New Roadside Sobriety Tests for Weed be More Effective?

Researchers at UC San Diego are trying to figure out new ways to detect whether or not someone is driving while under the influence of cannabis.

It’s finally happening. Come November, Californian’s will be heading to the polls to vote on whether or not to legalize recreational cannabis. However, there are a few safety precautions that will need to come into play- specifically driving while high. In order to keep people from driving while under the influence of cannabis, and decrease the risk of traffic accidents, researchers at UC San Diego are trying to figure out a way to detect whether or not someone is driving while under the influence of cannabis.

Driving high- what are the risks?

We all know the risks that come with driving under the influence of alcohol, but what about cannabis? There is no doubt that the physiological effects of marijuana can impair one’s ability to drive, however, it is nowhere near as dangerous as drunk driving and that’s a fact. With any sort of impairment, whether it’s drinking alcohol, or being too tired to drive, there’s always a risk of a potential car accident.

But have you ever heard the joke about how drunk drivers run red lights but stoners will wait at a stop sign until they turn green? Well, that little bit has some truth to it. Researchers who have conducted studies through simulator tests using iPads found that this impairment showed subjects decreasing their driving speed and spending more time responding to emergency situations. Have you ever heard this about a drunk driver? Probably not.

With all these drunk driving tests, breathalyzers, in particular, it’s fairly easy to figure out if somebody has been drinking, but with cannabis, things can be a bit trickier.

How can we detect if someone is driving while high?

Researchers are going to all lengths to find a way to detect cannabis usage while behind the wheel. Some have brought up the idea of a blood test to detect the presence of THC, however, this method isn’t always effective. It’s not so effective because it takes time to get that person to a place where blood can be drawn, and usually by that point, the effects of marijuana have worn off.

Other options for assessing whether a driver has been using cannabis is by administering a field sobriety test. This requires the driver to perform certain physical and mental tasks, such as standing on one leg and counting backward. In other words, testing one’s motor skills is a solid option for right now, but these researchers won’t give up just yet.

As cannabis becomes more accepted and as more states begin to legalize it recreationally, there will have to be more ways to make sure the roads remain safe. In California, the most populated state, this could pose a serious problem if it’s not taken care of. Yet, driving high is still not as dangerous as driving drunk, however, there are still risks involved and these researchers in California will spend as much time as necessary to find ways to keep the public safe.

Do you have any ideas of how to detect if drivers are under the influence of marijuana? Let us know on social media or in the comments below.