Russian presidential candidate asks why vodka is legal, but weed is not

In Russia, drinking enormous quantities of vodka is considered normal, while cannabis is still heavily stigmatized. 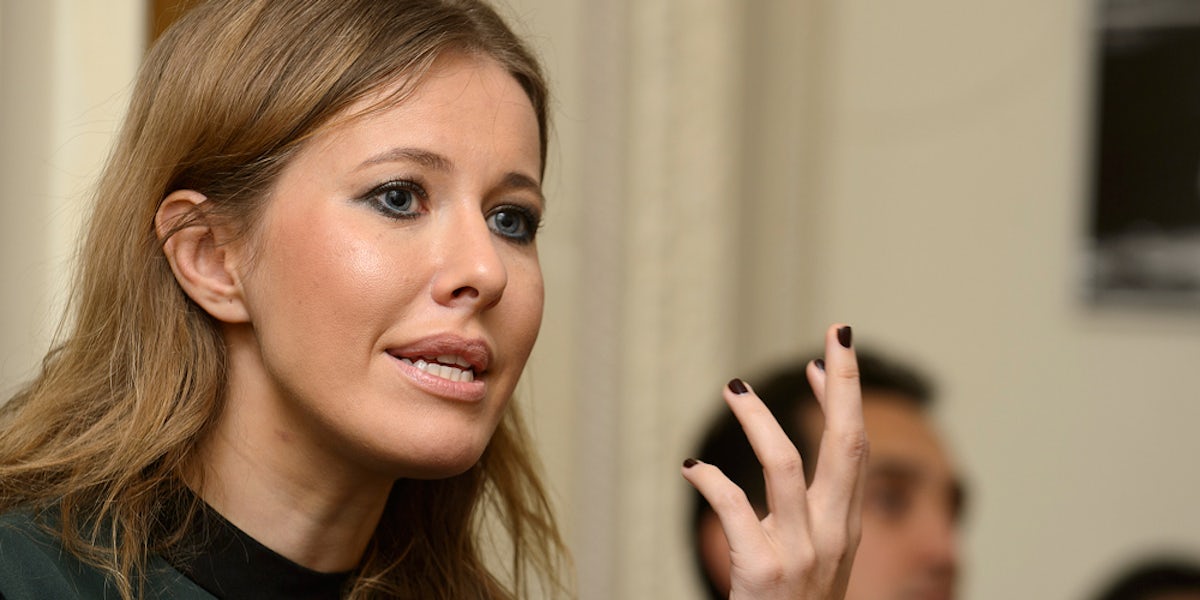 If Yakov Smirnoff is to be believed, in Russia, weed smokes you. Regardless of what gimmick comedians say, cannabis is not smiled upon by the Russian government. Consistent with Putin’s famously conservative and longrunning administration, marijuana is illegal. Possession of more than six grams of weed or two grams of hashish can land you in prison. As the world watches the upcoming Russian election, one presidential candidate is looking to become a wrecking ball to Putin’s country culture, including legalizing marijuana.

Ksenia Sobchak was previously a reality TV star, acting as the host for Dom-2, an early 2000s program where contestants looked for both a life partner and a house. Once described as Russia’s Paris Hilton, Sobchak has taken quite a heel turn in recent years, becoming more critical of the country’s policies and actions, especially the annexing of Crimea in 2014. Announcing her run last year, she said she’d remove Lenin’s body from the Red Square and legalize weed.

“I don’t really understand why drinking vodka in enormous quantities is considered normal in our country, but using marijuana is not,” said Sobchak, “though it has far fewer consequences, even from the perspective of crime statistics.”

Sobchak’s prospects in politics and relationship with Putin are complicated. Her father, Anatoly Sobchak, was the mayor of Saint Petersburg and even Putin’s law professor. When Anatoly was hit with corruption charges, Putin helped him escape the country. Ksenia Sobchak has spoken out against Putin since 2012, costing her some TV gigs, but this relationship has some skeptical. Some claiming that Putin’s giving her leniency out of respect to her father, others going so far as to say she’s a celebrity spoiler meant to split opposition votes. By comparison, Alexei Navalny, the leader of the opposition party, has been banned from running at all on a technicality.

Be it an impassioned attempt to reform Russia’s drug policy or some starstruck conspiracy, it’s unlikely Sobchak will be taking the seat of power anytime soon. Putin changed Russia’s election policy all the way back in 2000, ensuring that the Kremlin oversees every aspect of the election, and has stayed in power ever since.

Enjoy the latest and greatest from Herb, enter your email below to get exciting cannabis updates delivered to your inbox.
February 02, 2018 — Last Updated
Written by Zack Kotzer