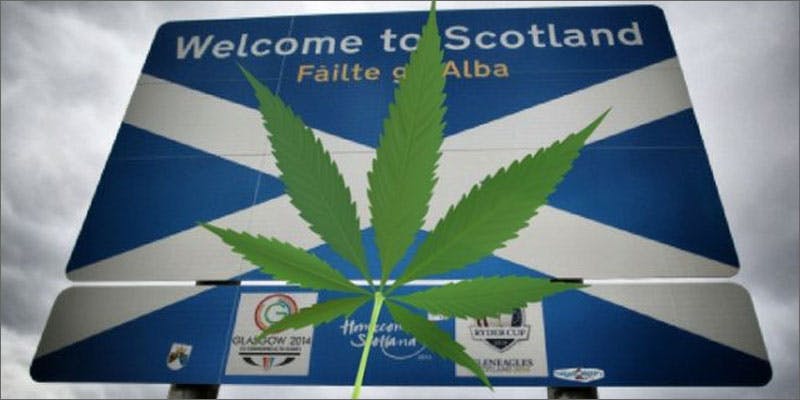 First Minister of Scotland, Nicola Sturgeon, said there’s a need to relax the laws around medical cannabis to aid people suffering from illnesses.

Scotland’s First Minister Nicola Sturgeon has said there was a “specific case” to relax the laws around medical cannabis to aid people suffering from illnesses. Delegates at the Scottish National Party conference voted, with an overwhelming majority, to legalize the natural remedy. While many uneducated officials tried to dispute the justifications for legalization, the truth reigned supreme, as patients suffering from Multiple Sclerosis, as well as a host of other debilitating conditions, will now be granted access to medical cannabis rather than harsh and addictive pain medications.

Laura Brennan-Whitefield, a Multiple Sclerosis sufferer, proposed the idea of legalizing medical cannabis in Scotland. While she knew the motion would come under fire from many opposing forces, she also knew the country would support the needs of many patients who suffer from life-altering conditions like her own.

While many argued that medical cannabis was unnecessary and that there were better ways for controlling pain, Brennan-Whitefield never stopped insisting the importance of the natural remedy.

Aside from the medical necessity, Brennan-Whitefield pointed out the extremely unjust act of criminally prosecuting those individuals who have already been degraded by the country’s harsh methods of testing whether or not someone is medically disabled.

According to her testimony, to further prosecute and shame these patients is not only unjust, it is inhumane.

We as a developed Western nation are fast becoming behind the times. We are the odd ones out. I am talking about some of the most vulnerable people in society who may have had the added misfortune of going through the DWP‘s inhumane assessment procedures for disability benefits. To then brand them criminals for trying to have a quality of life.

Of course, when anyone is trying to restructure the system, they can expect pushback from a wide variety of forces. In Brennan-Whitefield’s case, the strongest opposition came from Renfrew counselor, Audrey Doig.

Not only did Doig put down medical cannabis users, she basically said if they’d exercise more, they wouldn’t be facing these medical conditions or side effects at all.

She also proclaimed the uneducated stance that cannabis is a gateway drug, after witnessing her cousin’s brain “turn to mush” after smoking one joint and then becoming hooked on harder substances.

I know that the ‘MS card’ is being played here, but it’s not just MS that it would be used for. I’m sorry, but it’s true.

Doig was actually booed by the crowd before leaving the stage. Her harsh remarks left many of the audience members baffled, especially those who can barely move due to their severe forms of MS.

Telling them to exercise more could be likened to telling a blind person to open their eyes wider. While exercising what range of motion these sufferers do have left is important, using exercise as a solo form of treatment makes little to no sense.

Despite Doig’s less than convincing arguments, the SNP conference voted in favor of legalizing medical cannabis for patients suffering from these debilitating conditions. Sufferers will no longer need to fear prosecution for receiving their medication.