A bluntly honest ad campaign from Jay-Z's Monogram points out a rather disturbing fact. 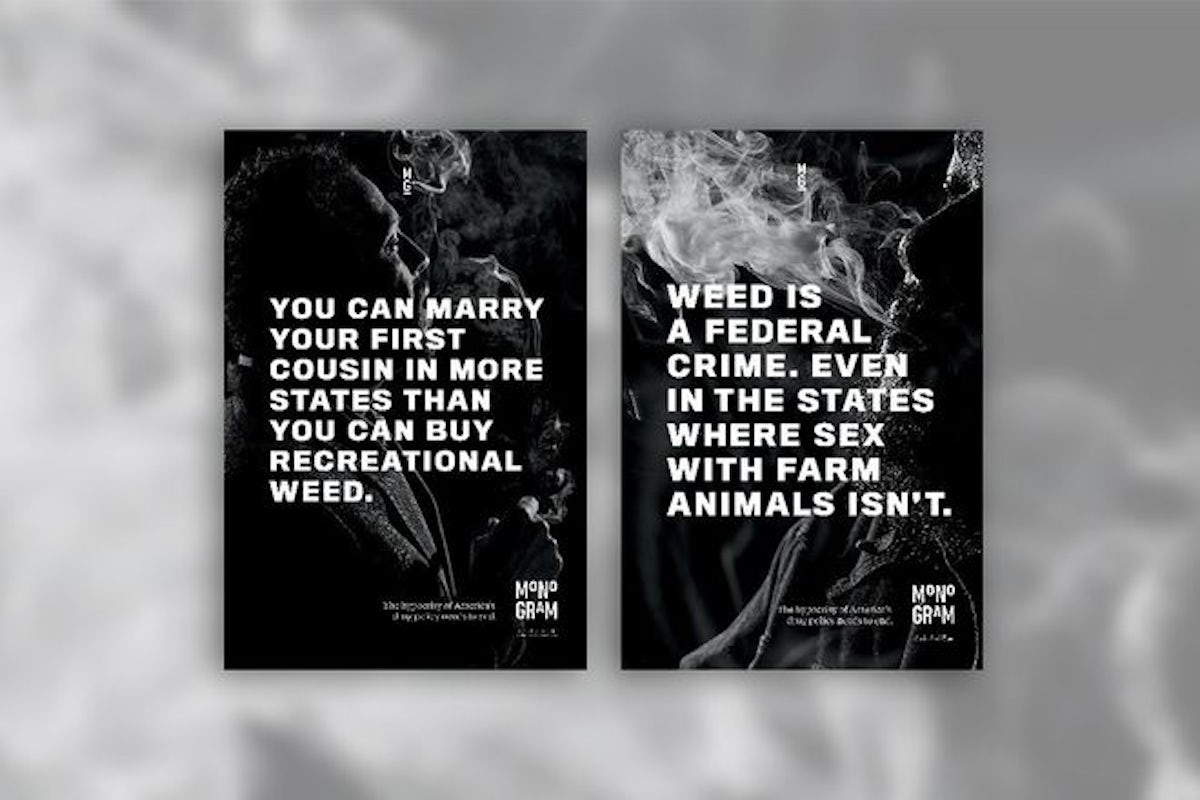 As a society, we’d hope to look towards the rules for guidance, safety, and protection, but as marijuana continues to reach for federal legalization, we’ve witnessed unjust authoritative actions against nonviolent users for far too long.

Many of these occurrences that still happen today take place in rather conservative states. Interestingly enough, the states where pot is heavily frowned upon are also where bestiality is legal, which is what Jay-Z’s cannabis company Monogram pointed out in a recent advertisement.

The ad was created by the agency Mischief and has eight digital and billboard postings. They feature black and white photos of people smoking weed with large white text that touches on points like “You can marry your first cousin in states where you can’t buy recreational weed,” and “It’s illegal to fly with your AK-47 in checked luggage. The weed, not the gun.”

In a statement about the campaign, Hov said, “I created this campaign to amplify the voices of those who have been penalized for the very same thing that venture capitalists are now prospering from with the emerging legal cannabis market.”

“Far too often we forget that these are real people whose everyday lives and futures have been affected by this outdated legislature.” he continued.

CEO of Monogram and owner of the Parent Company, Steve Allan, said that part of the company’s initiatives is to correct the injustices of the war on drugs.

We’re expected to see the Parent Company launch social equity programs to give Black and minority entrepreneurs equal opportunity to part-take in the cannabis industry and to fund leaders who “are building value for their communities and diversity in our industry.”