It would prevent federal crackdowns on legal cannabis that remains within state borders. 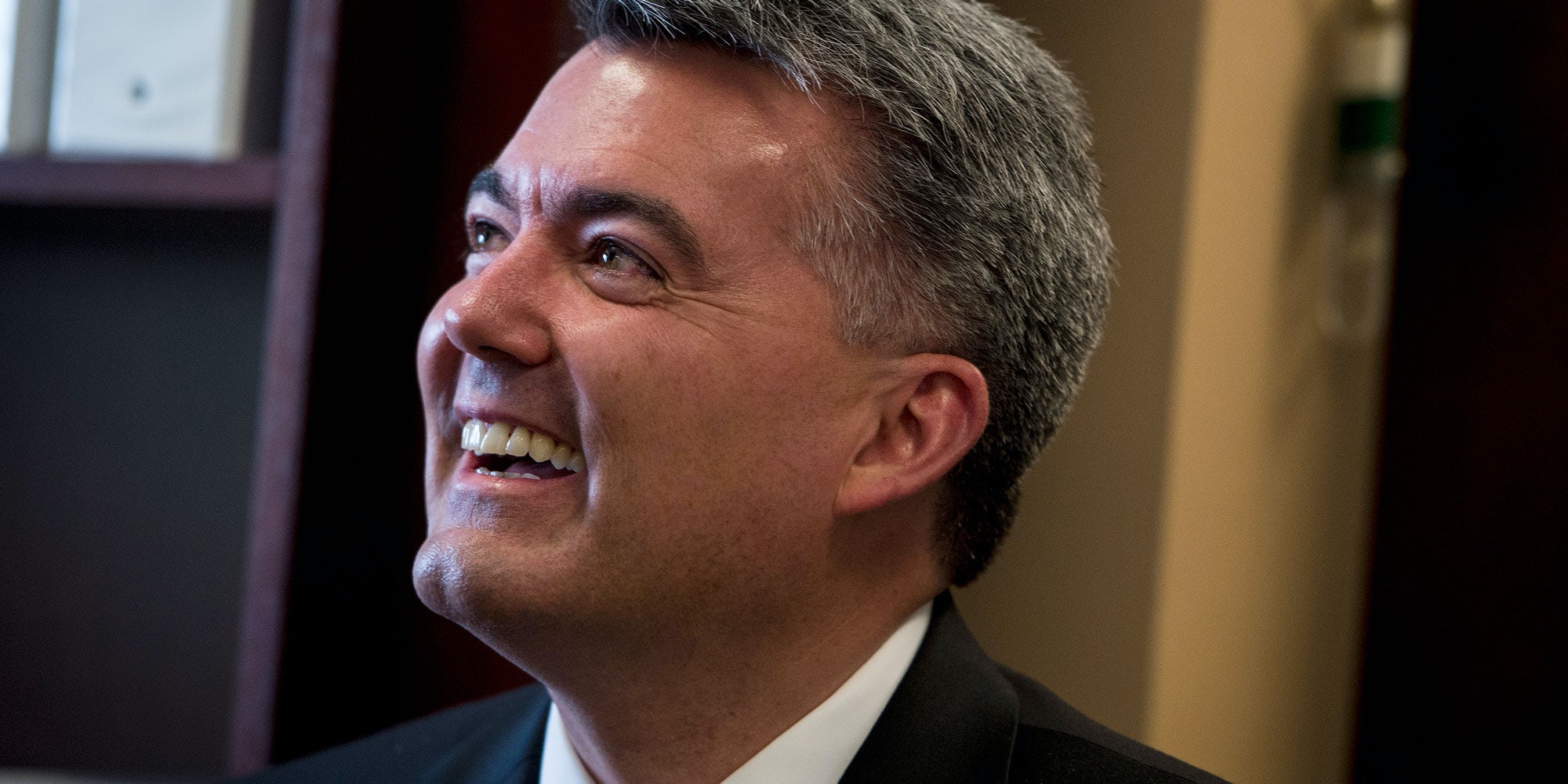 UNITED STATES – June 7: Sen. Cory Gardner, R-Colo., waits in the Senate Radio and TV Gallery office before he holds a press conference to discuss bipartisan action he is taking to put marijuana legislation into the hands of state lawmakers on Thursday, June 7, 2018. (Photo By Sarah Silbiger/CQ Roll Call)

Senators Cory Gardner (R-CO) and Elizabeth Warren (D-MA) held a press conference today (June 7) to announce the introduction of a bill which would allow states the right to choose whether to legalize marijuana without interference from the federal government. The bill is also sponsored in the House by Rep. Earl Blumenauer (D-OR).

The bill, known as the Strengthening the Tenth Amendment Through Entrusting States Act (STATES Act), would amend the Controlled Substances Act to prevent its enforcement in states, non-state territories like Washington D.C., overseas territories like Puerto Rico and Guam, and tribal lands.

“States like Massachusetts have put a lot of work into implementing commonsense marijuana regulations—and they have the right to enforce their own marijuana policies,” Warren said. “The federal government needs to get out of the business of outlawing marijuana.”

When Attorney General Jeff Sessions rescinded the Cole Memo in January, several key officials at the Department of Justice had yet to be approved by the Senate. Gardner responded by holding up a vote on all nominations for vacant positions until the president promised the DOJ would not attempt to interfere with state marijuana businesses in the name of enforcing the federal marijuana ban.

In April, President Trump and Gardner reached a deal in which the president promised to support a bill to protect states’ right to choose whether to legalize marijuana within their borders in exchange for Gardner lifting his embargo. Though many other legalization bills have been proposed, the STATES Act seems to be aimed directly at the terms of Gardner and Trump’s deal.

In addition to protecting state-legal cannabis industries, the STATES Act includes a provision to allow marijuana businesses to access banking services. Since 2016, Warren has been working toward changing federal banking regulations to allow financial institutions to conduct business with the cannabis industry without violating federal laws which prohibit banks from taking money from businesses that violate drugs laws.

The STATES Act, first reported by Yahoo News in April, refers to the Tenth Amendment which outlines that states have the right to govern within their own borders with limited federal interference. If passed, the STATES Act would effectively nullify the Controlled Substances Act within states’ borders, but the federal ban would still apply to situations in which cannabis crosses state and national boundaries and would still prevent those who are under the age of 21 from purchasing and possessing cannabis. The bill would also prevent those under the age of 18 from working in the industry and prohibit the sale of cannabis at truck stops and rest areas.

“Remember,” Gardner added, “this is not a legalization bill,” noting that states will still get to choose whether to legalize or not.

In 2005, the Supreme Court specifically addressed the Tenth Amendment in a decision regarding medical marijuana and the federal government’s right to enforce its ban.

In the case known as Gonzales v. Raich, a California woman named Angel McClary Raich sued the Drug Enforcement Administration for the right to grow her own medical cannabis. Medical marijuana had been legal in California for nearly ten years and Raich argued that enforcement of the federal law in a state where cannabis had been made legal was a violation of the Tenth Amendment, which gives states the right to govern markets within their own borders. The court ruled against Raich because it stated that marijuana grown in California for the purposes of being consumed or sold in California could potentially cross state lines.

Get 20% off premium weed and discover the latest products, news, and deals in cannabis.
June 07, 2018 — Last Updated
Written by Miroslav Tomoski