Now Reading:legalization | These are the states most likely to legalize at the polls in 2018 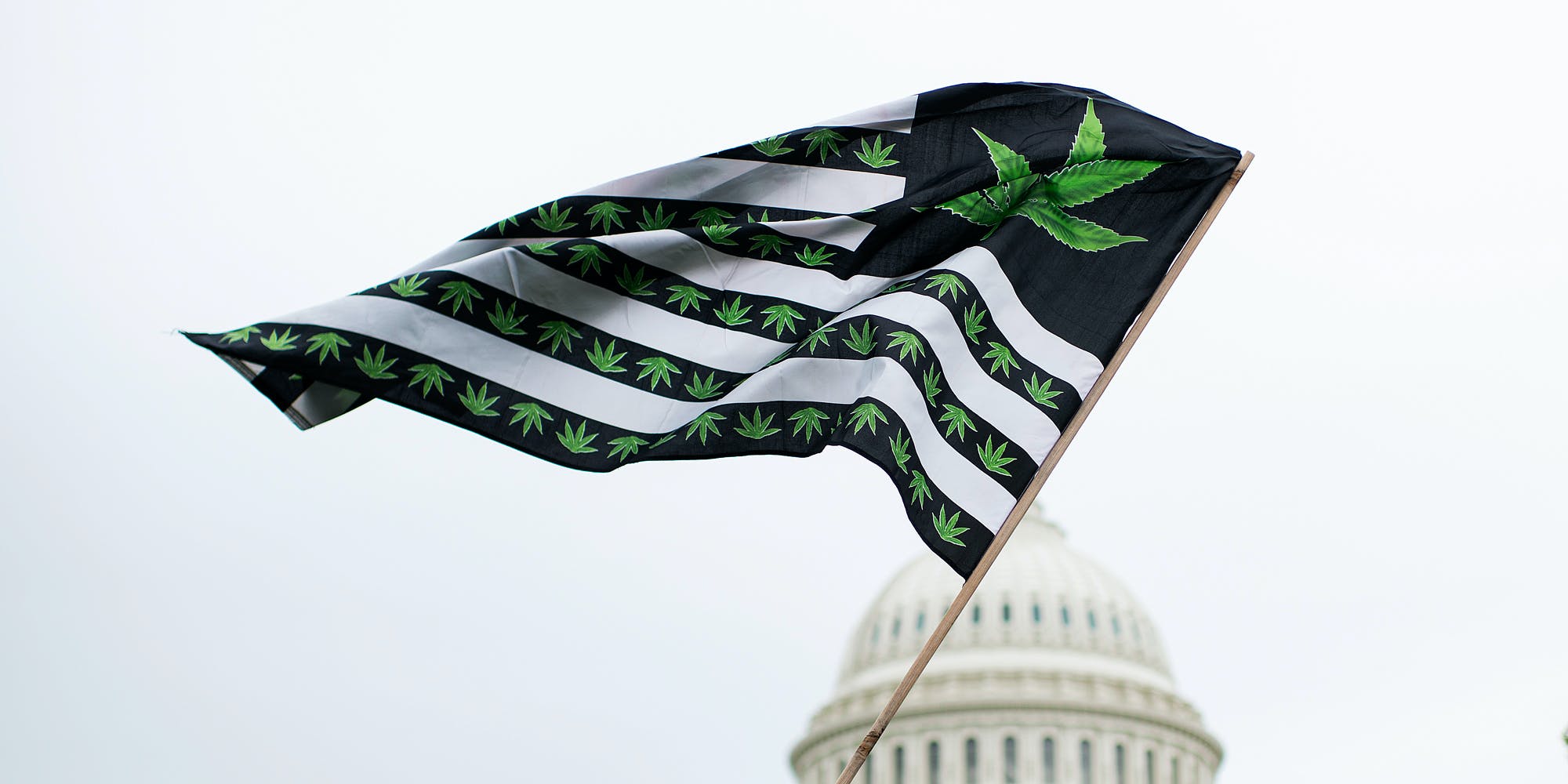 2018 is already shaping up to be a good year for cannabis. On Jan. 1, California began recreational sales, making it the largest marijuana market in the world. Vermont continued a trend in the Northeastern part of the country by legalizing recreational marijuana later that month. And Massachusetts plans to open up their recreational market on July 1.

Early in January, Attorney General Jeff Sessions sent a wave of concern throughout the cannabis industry when he rescinded the Cole Memo, which protected state legal cannabusinesses from federal prosecution. But, since then, it’s seemed to only put more momentum behind the legalization movement as congressmen on both sides of the aisle have come out against the AG’s move and introduced bills for federal cannabis reform. Things are looking up. Here are the states most likely to go green this year.

The best hope for recreational legalization in 2018 is likely Michigan. It’s the home of the busiest border crossing between the United States and Canada—which will legalize nationwide this summer—while a robust medical market has thrived there for some time now.

In short, Michiganders are ready. According to a recent survey put out by Detroit’s Local 4 News, 57 percent of the state supports legalization.

The effort to legalize has received some opposition in the state’s legislature from prohibition activists, but it’s been massively outdone by the pro-legalization campaign which has raised more than $1 million. Still, expect to see some anti-weed commercials this fall.

Last November, the Coalition To Regulate Marijuana Like Alcohol submitted a petition carrying 365,000 signatures for a ballot initiative in the coming mid-term election on November 6. So, if you live in Michigan, this is not an election you want to skip.

The petition, known as the Michigan Regulation and Taxation of Marihuana Act, would legalize recreational marijuana for those who are 21 and older. The new possession limit will be 2.5 ounces with the ability to grow up to 12 plants for personal use.

Utah is currently in a race to see who can legalize medical cannabis first, the legislature or the voters. An overwhelming majority of the state is in support of medical cannabis, with 76 percent saying they agree with the current efforts to legalize, according to a recent poll by The Salt Lake Tribune and the University of Utah.

Last year, a measure known as Senate Bill 89, which would have legalized marijuana for medical purposes, even received support from the Church of Latter Day Saints.

An effort by the Utah Patients Coalition to feature a ballot measure in the coming mid-term elections has gathered 140,000 signatures—well over the required 113,000 needed to make the ballot in November.

If successful, the measure would offer Utahans a variety of medical marijuana products to treat a range of illnesses from Alzheimer’s to PTSD and severe pain. Smokable flower, however, would still be prohibited and public consumption would not be allowed.

In the legislature, House Bill 197 was passed on February 13 after receiving some initial opposition. The bill now makes its way to the Senate for a vote.

For Oklahomans who are waiting for some relief, 2018 is a hopeful year. The state’s law currently considers cultivation and sale of marijuana a felony which could land the most serious offenders a lifetime prison sentence.

Thanks to a ballot measure proposed by Oklahomans for Health, the state’s voters will get a chance to legalize medical cannabis in the summer. The measure, which garnered enough signatures to make it onto the ballot, will be voted on during the state’s primary election on June 26.

The earlier voting date makes Oklahoma the first state to vote on legalization by ballot in 2018. The ballot measure, known as State Question 788, will legalize the production and sale of medical cannabis for those with qualifying conditions.

Patients 18 and older will be able to possess three ounces and house up to twelve plants for personal use, with no more than six mature plants at a time.

The Show-Me state has seen several petitions for a ballot initiative to legalize it, one of which is the most ambitious ballot measure we’ve seen so far from any state. That initiative currently has two proposed versions, Petition 179 and Petition 223, both of which were approved to collect signatures in 2017. If the proposed initiative makes it onto the ballot in time for the November 6th mid-term election, it could not only legalize marijuana but correct the injustices of the war on drugs.

The proposal aims to legalize both recreational and medical cannabis while also automatically expunging criminal records and allowing for the release of prisoners incarcerated for cannabis-related crimes. The initiative would even prevent the state legislature from appropriating funds to enforce the federal marijuana ban, effectively shielding the state from the Department of Justice.

Another ballot initiative, led by New Approach Missouri, offers to legalize medical marijuana in the state and tax its sale to provide medical support to veterans. That measure has collected 100,000 signatures as of October 2017.

None of the measures have collected the required number of signatures yet—which must meet an absurdly complicated rule of gathering signatures from eight percent of voters who turned out for the last gubernatorial election in at least six of the state’s eight congressional districts.

The required number of signatures is 160,199 which has to be submitted to the Secretary of State’s office by May 6, 2018 in order to make it onto the ballot.