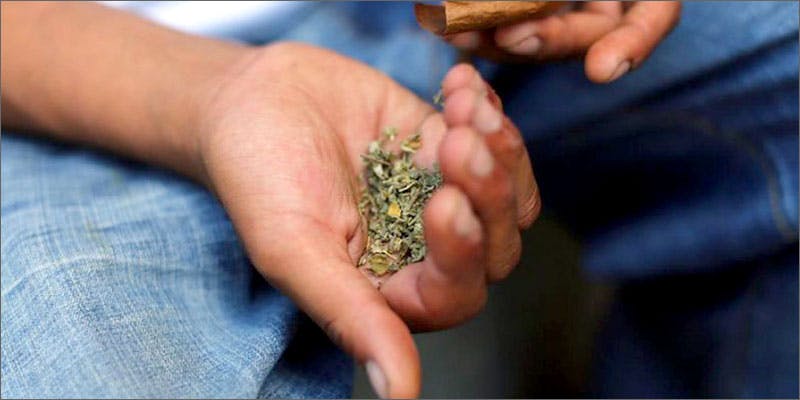 Police Issue Warning About Synthetic Cannabis After Spate of Deaths

Seven deaths from synthetic cannabis in a month

Given the synthetic in the name, the drug is anything but natural, which is due to the mind-altering chemicals that are either sprayed or dried on to plant-like materials.

When smoked, it has an effect that is over 100 times more powerful than cocaine, with extremely unpredictable side effects. It has been known to spike the user’s body temperature up to 104 degrees, as well as cause hallucinations and paranoia when the drug begins to wear off.

In New Zealand, it has also been the alleged cause a spate of deaths, with the number sitting at seven for July alone. That is despite the drug being banned in 2014, as the drug is still widely available on the black market, which is the suspected cause of seven deaths and even more hospitalizations.

The deaths and rampant use of this “zombie drug” has prompted the country’s chief coroner and police to issue an urgent public health warning. The Chief Coroner, Deborah Marshall, issued the warning, saying her office had seen seven deaths of people who had recently used synthetic cannabis or were found with the drug on them.

I’ve also been advised by St John that there have been a significant number of non-fatal cases where people have been hospitalised after using the drug, which is known to cause potentially fatal seizures.

While the police and coronial investigations are still at an early stage, and the final causes of death have yet to be established, the number of cases where synthetic cannabis appear to have been a contributing factor has prompted me to issue this public warning.