CBD is approved for epilepsy in the state, but there are only three places to legally buy it. 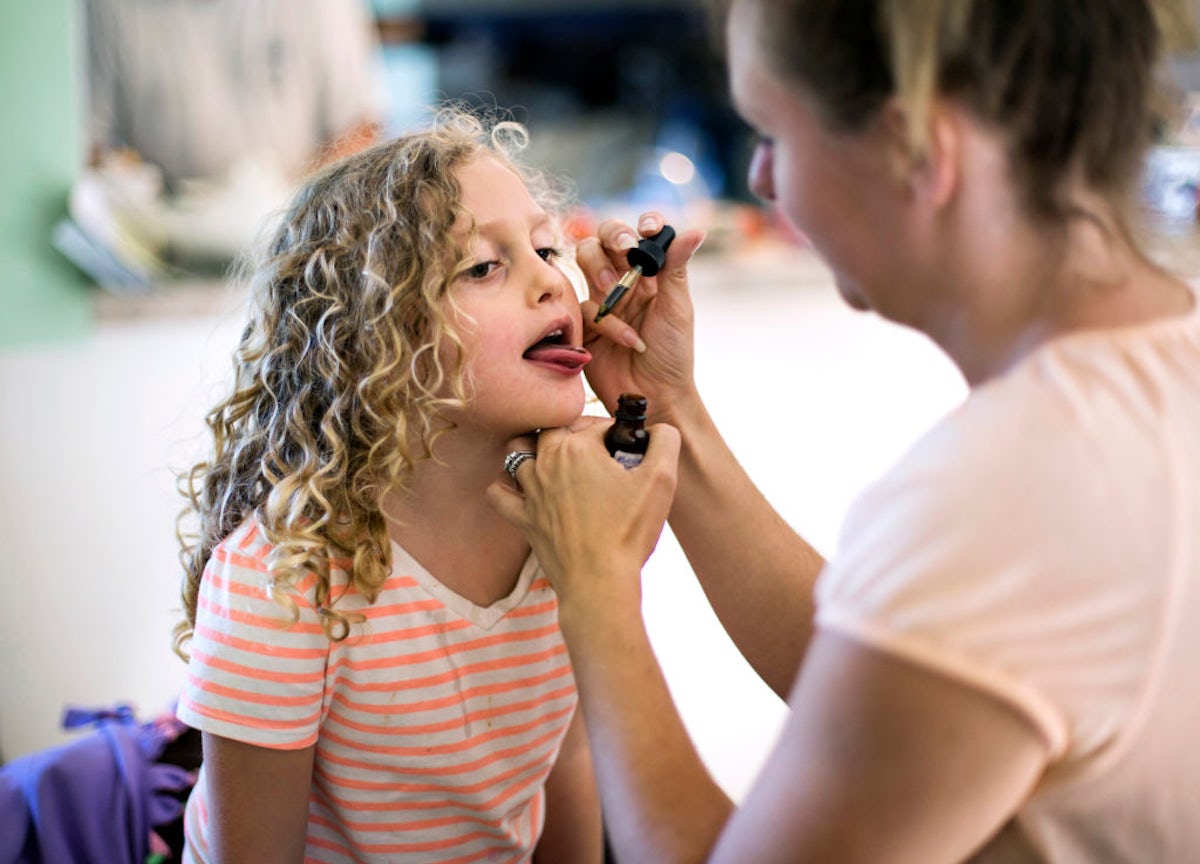 SOUTH BERWICK, ME – SEPTEMBER 15: Samantha Brown gives a dose of medical cannabis oil to her daughter Kaylee, 5, at their South Berwick home on Thursday, September 15, 2016. Kaylee has a severe seizure disorder and depends on a cannabis oil to control and stop seizures. (Photo by Derek Davis/Portland Press Herald via Getty Images)

Two months after approving its first CBD patient, Texas health authorities are threatening a crackdown on the sale of CBD in unapproved shops. In February, the Texas Department of State Health Services (DSHS) approved CBD treatment for a six-year-old girl who suffers from epilepsy, making her the first patient to be approved under the state’s medical marijuana law after it was passed in 2015.

The law, known as the Compassionate Use Act, carries some of the country’s most highly restrictive medical cannabis regulations. Under the law’s provisions, only patients who suffer from epilepsy are allowed to use CBD after at least two FDA-approved treatments have proven to be ineffective and one of 20 state-approved doctors recommend it.

Only three dispensaries have been approved to sell CBD products statewide, but that hasn’t stopped some entrepreneurs from opening their own shops and selling CBD-infused edibles, smoothies and oils. Now, the DSHS is threatening to shut those shops down and considering a proposal which would demand that CBD products be removed from their shelves.

The enforcement rules would not apply to the three licensed dispensaries, which are approved to sell CBD products, but shop owners and patrons alike are vowing to fight the crackdown.

Among those shop owners is Brent Rodgers of Roots Juices, a smoothie shop which sells infused beverages. He claims that it’s the Department of Public Safety that has the authority to police his products, not the DSHS, and has told the Dallas Observer that he, “would happily invest time and money into pursuing legal action against the state,” if they demanded he remove the products from his shelves. A petition opposing the policy is also being circulated by the Texas Cannabis Industry Association and has gathered over 4,000 signatures.

Get 20% off premium weed and discover the latest products, news, and deals in cannabis.
April 23, 2018 — Last Updated
Written by Miroslav Tomoski