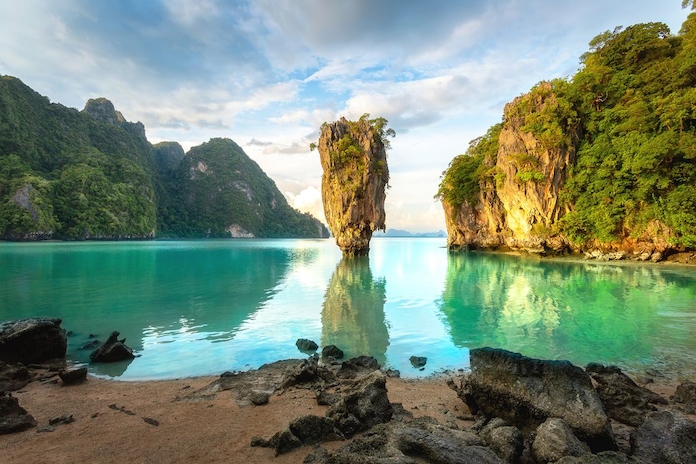 Thais can grow up to six plants at home, once they've notified the government.

Although you can grow it, you still can’t smoke it. Thailand‘s government still isn’t budging in terms of personal recreational use.

The news comes on the heels of Thailand giving away one million cannabis plants to locals. This was a result of Thailand‘s government trying to normalize cannabis as a “household crop.”

The country’s Health Minister Anutin Charnvirakul wrote on Facebook that cannabis and hemp will help “generate more than 10 billion baht per year.”

A cash crop indeed. Thailand‘s most recent legislation allows cannabis to be infused into foods and beverages. This is a first for any Asian country.

Let’s get one thing straight; recreational use still isn’t legal.

It could result in a 3-month prison sentence or a fine of 25,000 Thai baht ($780). Funny enough, the government’s excuse to keep it illegal is because the smell would be a “nuisance,” reports DW.

Under the legislation, Thais can possess and sell cannabis extracts containing less than 0.2% THC. This also means restaurants and businesses can infuse cannabis into their dishes if it’s under the legal THC limit.

The law also allows more clinics to make cannabis more accessible to patients. In terms of personal cultivation, individuals can grow up to six plants at home once they notify the government.

When Thailand announced it was handing out one million plants, the government also launched the PlookGanja application (translates to “grow ganja”).

Anyone who chooses to cultivate weed at home must use this application to notify the government.

Companies won’t have to use the app. Instead, they must obtain a permit from the government.

Although recreational use still isn’t legal, we’re happy to see Thailand loosen laws and do its part in normalizing the plant that does wonders.