The New Data on Frequency of Marijuana Arrests 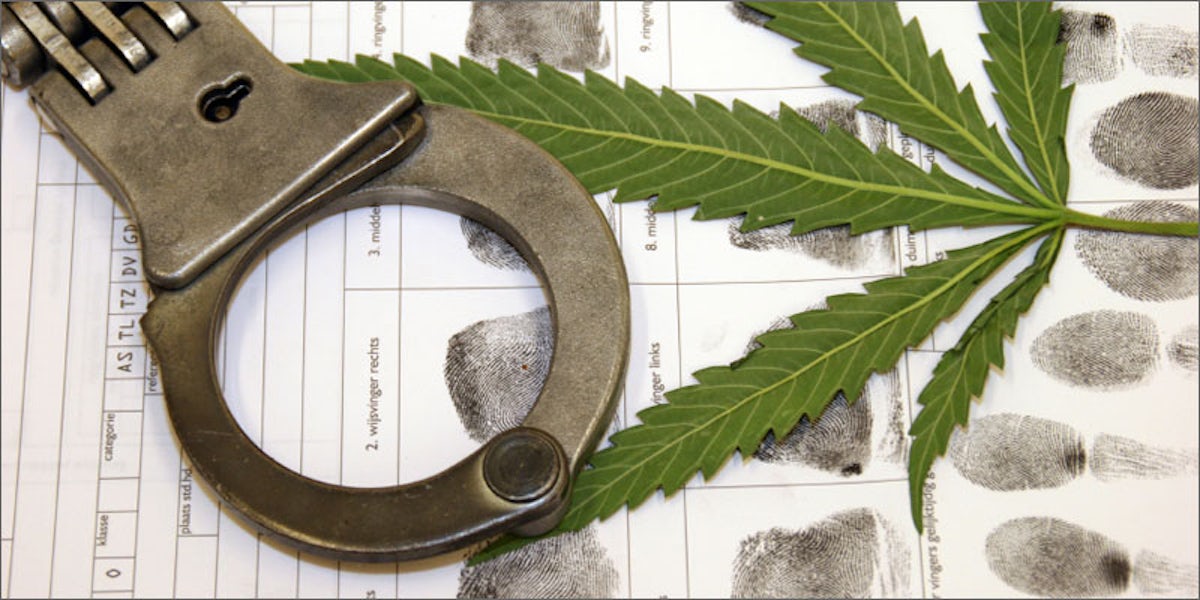 Of all marijuana arrests in 2014, almost 90% were for simple possession—not for manufacturing or selling. This statistic suggests that either 90% of those arrested for weed are growing their own, or the authorities are doing a lousy job at catching the drug traffickers that depend on the black market.

In 2014 Colorado and Washington legalized recreational sale and use of marijuana. Since then the two states have seen increases in tax revenue that provides funding for public schools and other public works. But the real cherry on top here is that legalization has also led to a decrease in crime. Not just marijuana crime, but violent crime, burglaries, and even traffic fatalities.

So if there was such a drop in marijuana arrests in these states, why did the national average rise?

Authorities in the states that have not legalized marijuana have increased their efforts to keep the substance out of the hands of the deprived public they serve. Marijuana possession arrests in the Midwest represent 51% of all possession arrests in the U.S. Even worse is that Midwest states like Kansas and Nebraska carry mandatory minimum sentences for possession of marijuana.  On one hand, it is reasonable for states that border legalized states to be concerned about illegal trafficking, and thus beef up security. On the other hand, why are they spending extra time and money to prevent the clear benefits of legalization?

Another value added to states like Colorado is the financial savings derived from legalized marijuana.  On average it costs Colorado $300 to adjudicate marijuana arrests. This figure does not include the additional costs incurred by the actual police work that goes into policing marijuana.

“There’s just no good reason that so much police time and taxpayer money is spent punishing people for marijuana when so many murders, rapes, and robberies go unsolved.” said Tom Angell of the Marijuana Majority, a pro-legalization group.

California, Michigan and Missouri are among states that will vote on marijuana legalization in 2016. The statistics will begin to show that as more states eliminate laws that target marijuana, crime rates of all types will fall. Unfortunately, we will not see this effect in its entirety until the Federal Government also changes its stance on legalized marijuana.