Now Reading:legalization | This Senate Bill Could End The War Against Medical Marijuana 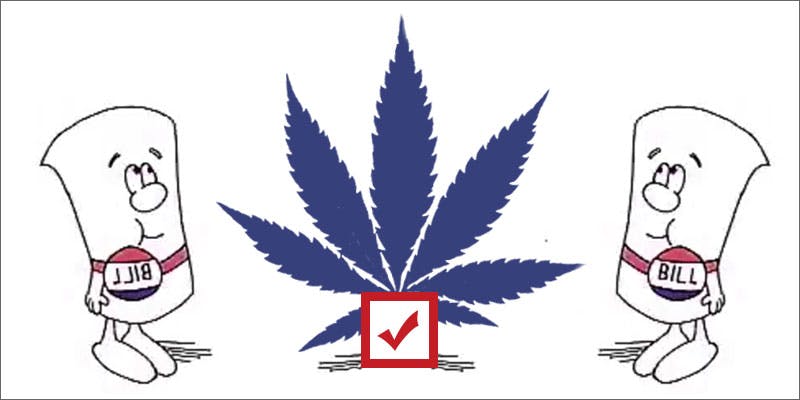 This Senate Bill Could End The War Against Medical Marijuana

A senate bill was introduced earlier this month. The bill would effectively be the end of federal intervention on state legal medical marijuana programs. This is amazing news.

The passage of this bill would mean correcting a lot of mistakes in the American political system, and the havoc the inconsistency has wreaked between the state system and the federal system. The changes in federal law would also finally allow for proper research to be conducted on medical marijuana without the threat of federal scrutiny on the project.

The end of federal prosecution

The Compassionate Access, Research Expansion and Respect States (CARERS) Act was introduced into the senate by Senators Cory Booker, Rand Paul and Kirsten Gillibrand. What the act will ensure is that the state medical programs will not be interfered with by the federal government.

“This bill that we are introducing seeks to right decades of wrong. Doctors and patients deserve federal laws that are fair and compassionate, and states should be able to set their own medical marijuana policies without federal interference. I am thankful to Senators Gillibrand and Paul as well as the Drug Policy Alliance for their hard work on this common-sense bill to make medical marijuana accessible to the millions of Americans who could benefit from it.” Senator Booker said at the meeting early in December.

The effort of this bill is to say enough to the stigma that has come with marijuana use over the decades. We have become more and more aware of the medicinal benefits of marijuana, and there are more and more examples of people who are benefiting from its use.

The passage of this bill would change the scheduling of marijuana from a Schedule I Drug to a Schedule II drug, meaning that it is no longer considered one of the most dangerous substances. This change in classification also means that it will now be recognized by the federal government as a substance that offers medicinal benefits. It will also include the complete rescheduling of low THC strains of marijuana.

This finally means less people in prison as a result of marijuana, and more space for the economy of cannabis to grow smoothly in the USA.

Let’s end the fear and stigma associated with marijuana, and instead allow this bill to provide research, medicine, and long needed relief to so many. It cannot come fast enough,” said Kate Hintz, the mother of an epileptic girl using marijuana for medicine, when she appeared at the introduction of the bill.

Opening the way for research

If the federal government is finally able to jump on board with marijuana legalization and say yes to this bill, it will finally be opening up the way for a plethora of new research. Research on medical marijuana can be conducted at a much larger scale with a ban on federal intervention on state programs.

This is important because the federal policy has been standing in the way of proper research on marijuana for a long time, which has been one of the reasons that marijuana advocates have struggled in this battle. Opening the way for research means clearing up a lot of misconceptions and stigma about marijuana and society, and how it is going to play a part in the new paradigm.

The passage of this bill would truly be the first step towards the complete legalization of marijuana federally, and this officially begins the end of the war on medical marijuana.