Now Reading:legalization | Two Cops Suspended After Doing Edibles They Swiped From a Raid 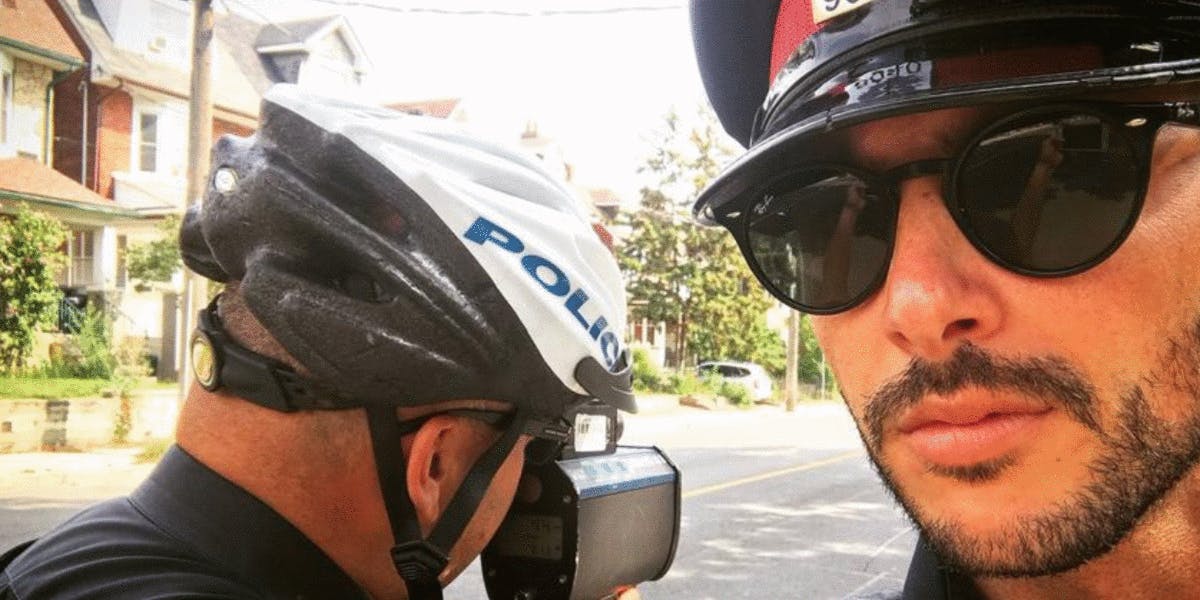 Two Cops Suspended After Doing Edibles They Swiped From a Raid

They got so high they had to call for backup.

In what’s shaping up to be a new entry in the goof-up hall of fame, two Toronto police officers have been put on suspension. Not for merely lifting marijuana edibles during a dispensary raid. Not for merely eating said edibles while still on duty. But for calling police backup when their trips got too intense.

Vittorio Dominelli and his partner raided a dispensary on Saturday night after obtaining a warrant. Then, the two apparently decided to sample some of the goods while in their police cruiser. Unable to immediately feel any effects, the two police officers pulled an extremely rookie move and ate more to see if they’d kick. And, of course, they eventually did.

A short while after, the two officers began to panic, calling for backup from fellow cops and even an ambulance. When an aid arrived, one of the pair got spooked, began bolting for it and slipped on a patch of ice. He sustained injuries in his fall, and both were taken to the hospital. They both are now under investigation.

“It’s only speculation at this time and I’m not going to speculate on an ongoing investigation,” said Toronto Police Association President Mike McCormack, “of course, it’s shocking, but I’ll wait to hear what the investigation is into and comment on the facts around it.”

The news of these two doofuses makes the Toronto police seem somewhat hypocritical, given their department’s scrutiny over cannabis edibles. Particularly since, up until recently, Dominelli has been posting videos of himself lip-syncing on social media. In one, he’s even seen in his uniform singing the song “Because I Got High.”

Since the Trudeau government confirmed the road to legal marijuana, dispensaries began opening up across the country, though they existed in a hazy legal gray zone without proper legislation. Amidst that chaos, police initiated a controversial day-long raid of dispensaries across Toronto. Known as ‘Project Claudia,’ the raids seemed to focus on edibles.

“You don’t know if you go to one store and purchase one brownie or one muffin or cupcake,” said Police Chief Mark Saunders at the time, “You go to the next store, how much THC is in this one versus that one? You don’t know.”

I guess, in the end, two of his officers learned this first hand.