Truck Crash Reveals Over $2 Million Worth of Weed

This truck driver faces up to 20 years in jail after a crash saw him get caught with over $2 million worth of cannabis in Texas. 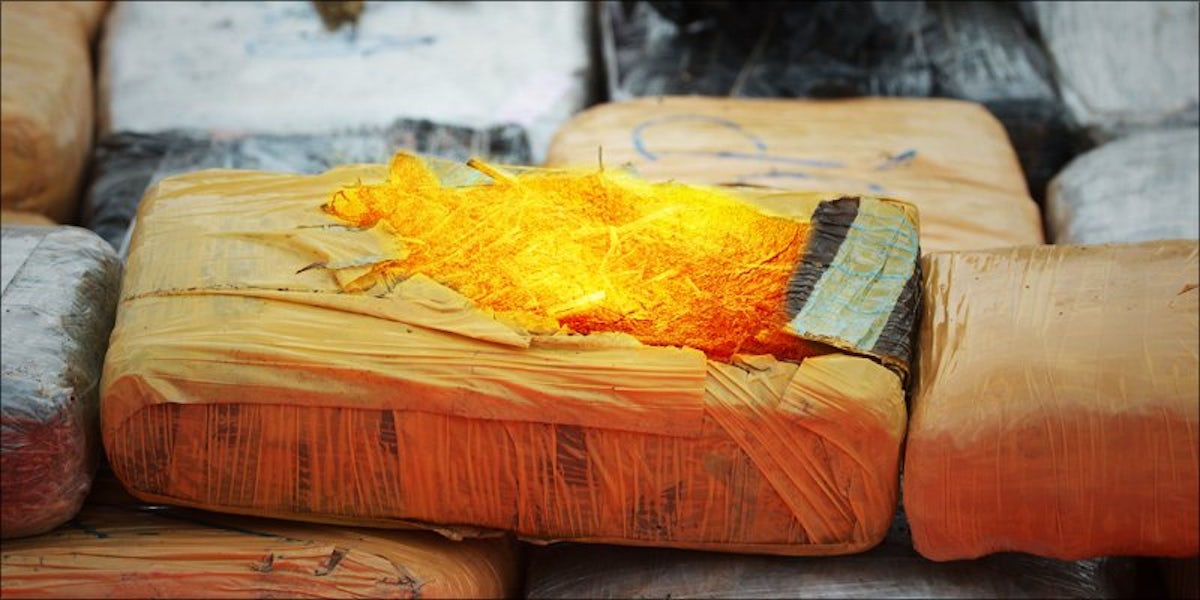 While cannabis might be legalized in some places, transporting massive quantities of it is not. Unfortunately, one man had to learn this the hard way, when his truck carrying over $2.2 million in freshly cured buds wrecked, exposing all of his goods. While most of us would probably flee to avoid prosecution, the truck driver stayed and watch as all of his cannabis was seized by police.

Transporting illegal cannabis is never a good idea. However, that doesn’t stop hundreds of people from doing it every day. While most go undetected and drive with extreme caution, some transporters are not so lucky.

One truck driver in Texas experienced the wrath of police after wreck his cannabis-loaded truck.

While driving down the Texas Panhandle, one driver lost control of his truck, causing an accident of epic proportions. The accident took place on Interstate 40 near Vega and only involved the one vehicle, but that didn’t lessen the severity.

When police arrived on the scene they were surprised to see several brick-shaped packages lining the bed of the truck. After further investigation, the cops realized the truck was loaded down with more than 400 pounds of cannabis.

Most responding officers had never dealt with such a crime. After a moment of pure bafflement, the officers quickly began to straighten out the details of what exactly caused the truck to wreck in the first place.

While the truck driver assured them he was not intoxicated or sleep deprived, it didn’t stop officers from confiscating every single brick of cannabis that had been packaged in the truck.

After confiscating the $2.2 million cannabis haul, police arrested the truck driver and charged him with felony possession of marijuana.

Texas is known for being one of the strictest states when it comes to cannabis enforcement, and the man could be facing quite a long prison sentence.

When the interrogation process concluded, officials were left with the belief that the cannabis was being transported from Tucson, Arizona to Atlanta, Georgia. While this long drive should have been a smooth and easy one, unfortunately, the driver will now be sitting in jail awaiting a trial and sentencing.

Due to the strict drug laws in Texas, the truck driver could be facing up to 20 years in jail and fines totaling $10,000.

With so many states showing leniency on drug charges, due to the rising number of legalized states, it’s unlikely this driver will that lucky. Due to the large amount, he will be facing mandatory sentences and could be behind bars for quite some time, even if he doesn’t receive the maximum time allowed.

Time to change the law

It’s unfair that this truck driver’s life will now be ruined because of the decision he made to carry plants a truck bed, but it is, unfortunately, the world we live in.

Cases like this open our eyes to the extreme penalties much of our nation still faces when it comes to cannabis. Many of us are focused on where and when the next place with legalize cannabis and become so consumed with thinking we have the right to use anywhere we please, when in reality we don’t.

If cannabis isn’t legalized nationwide, it’s likely we will continue to see a rise in arrests stemming from a natural substance.

Get 20% off premium weed and discover the latest products, news, and deals in cannabis.
September 25, 2016 — Last Updated December 04, 2019
Written by Dee Giznik