The ‘Right To Try’ bill will legalize medications considered life-saving that have yet to go through the entire FDA-approval process. 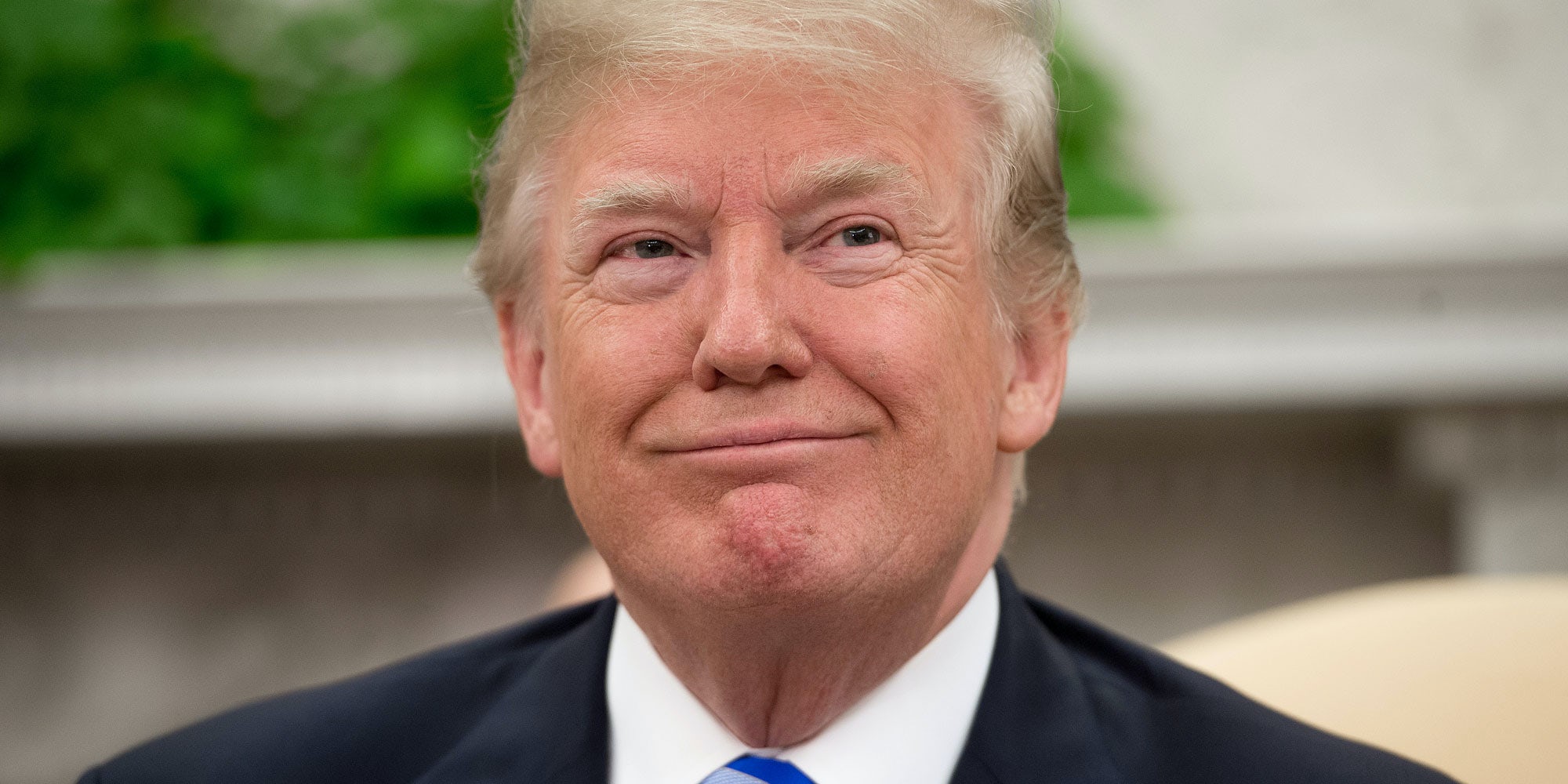 US President Donald Trump speaks during a meeting with President Shavkat Mirziyoyev of Uzbekistan in the Oval Office of the White House in Washington, DC, May 16, 2018. (Photo by Saul Loeb/AFP/Getty Images)

President Trump is set to sign legislation which could make medical marijuana federally legal for terminally ill patients. The bill, known as the “Right to Try Act,” would allow patients with potentially fatal conditions to try medications that have not yet been approved by the FDA, but are undergoing the approval process and have already passed the first phase of clinical studies.

Right to Try was passed unanimously by the Senate last summer and by the House of Representatives on Tuesday in a vote of 250 to 169.

While the bill’s provisions are targeted at a wide range of medications, it appears they might also apply to medical cannabis thanks to a clinical trial being conducted by the Multidisciplinary Association of Psychedelic Sciences (MAPS).

The MAPS trial, currently in the second phase of the FDA approval process, is testing the effectiveness of smoked cannabis in veterans with PTSD and meets all of the criteria set out by the Right to Try.

The majority of states already have their own form of Right to Try legislation, with one notable exception being New York. In Utah, a recently passed law specifically addresses the right of terminally ill patients to try cannabis. However, because cannabis remains federally prohibited, even if a terminally ill patient has the “Right to Try” cannabis on the state level, they’re still in violation of federal law. The Right to Try

bill, recently passed by Congress, would change that. In addition to cannabis, MDMA and psilocybin could also potentially be used by ‘eligible patients’ since FDA trials of both substances meet the requirements set out in the federal bill.

What’s not clear is what illnesses qualify as life-threatening. Post-traumatic stress disorder, for example, could be argued to be life-threatening given the high rates of suicide among those who are diagnosed, but it’s up for debate. It’s likely that those details will be hammered out on a state by state basis in jurisdictions that have already passed their own version of Right to Try. The full title of the bill suggests as much stating, “in accordance with State law…”

However, in states that lack their own local provisions, the new bill appears to leave plenty of room for interpretation and a potential conflict with local drug laws.

Under the broad wording of the federal bill, no specific illnesses are mentioned. Instead, an ‘eligible patient’ is defined as, “Diseases or conditions where the likelihood of death is high unless the course of the disease is interrupted; and Diseases or conditions with potentially fatal outcomes, where the endpoint of clinical trial analysis is survival.”

Patients must also have exhausted all existing treatment options and must be unable to participate in the ongoing trials investigating the drug they want access to. Additionally, they must provide written consent from a qualified physician who does not stand to gain from the trial.

The bill passed on Tuesday after receiving some opposition from Democrats on Capitol Hill who believe that the law will undermine the FDA’s processes.

It’s likely that President Trump will sign the bill in the coming days since he has personally lobbied Congress for its passage. In January, Trump even mentioned the bill in his State of the Union Address saying, “People who are terminally ill should not have to go from country to country to seek a cure. I want to give them a chance right here at home. It is time for the Congress to give these wonderful, incredible Americans the right to try.”

Early Wednesday morning, Trump reiterated his support for the bill tweeting his intention to sign it into law.

Get 20% off premium weed and discover the latest products, news, and deals in cannabis.
May 24, 2018 — Last Updated December 05, 2019
Written by Miroslav Tomoski