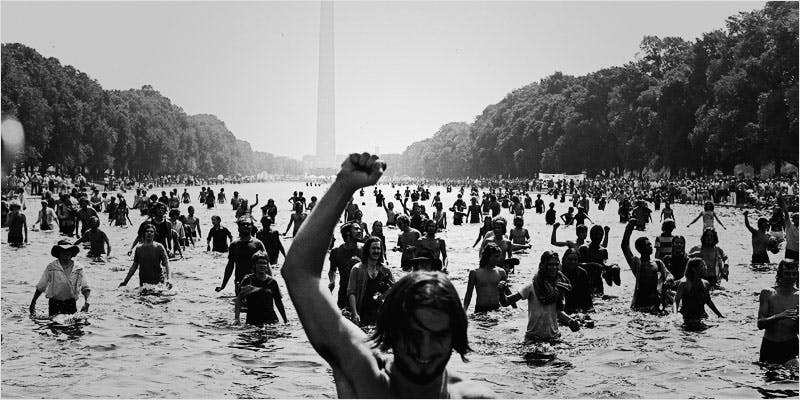 Will the U.S. Government Push for International Drug Decriminalization?

“The conventions, as I mentioned, do have a substantial amount of discretionary authority built in them. They do not require, in the text of the convention, the criminalization of the consumption of a product.”

“The debate is fairly simple; you all are quite aware of it. At one extreme are those who espouse complete legalization, arguing that if only we would legalize the product, all of these problems would immediately disappear; and at the other extreme, those who argue that if only we would prohibit everything and criminalize everything, the problem would go away. And ladies and gentlemen, for the last 20 or 30 years, and certainly for the last five, I would suggest that those two groups have dominated the debate and the discussion on drug policy both in the United States and in the rest of the world.”

Brownfield is correct, these two groups have been the big voices in the fight, with a large majority being the “lock ’em all up, and let God sort them out” type for a long time. Over the past several years, however, citizens in several states across the U.S. and several countries around the world have stood up for a more practical, health-based approach to the issue of drug use, specifically cannabis.

“We will propose greater focus on what we call new psychoactive substances. These are the new drugs, ladies and gentlemen, which in the 21st century the pharmaceutical industry can produce at a rate faster than governments or – good afternoon – or the United Nations system can actually review and register. And as is the case in most legal systems and certainly is the case in the U.S. legal system, it is not illegal to buy or sell a drug until the government has assessed that the drug is, in fact, sufficiently dangerous as to be schedulable on the proscribed substances list. And our challenge in the 21st century is that new drugs are pumping out faster than governments and regulatory agencies are able to assess them.”

Synthetic drugs, like “Spice” and “Bath Salts” have become widespread in a relatively short period of time, because more healthy substances, like cannabis, are illegal and tested for. When we make healthy decisions more expensive, people are forced to choose the available alternative, regardless of its legal status. Humanity has been exploring ways to alter consciousness since it first gained it, and that won’t stop, ever, despite what political and religious authorities may decree.

“We will propose greater focus on alternative and economic development, accepting the logical argument that if we’re going to ask subsistence-level farmers and campesinos to stop growing coca or stop growing opium poppy, they have to have some sort of alternative by which they can maintain and support their families in some degree of safety and dignity.”

Finally, they are coming to some sense, yet of even greater effect has been legalization in the United States causing demand for Mexican marijuana crops to drop.

“The conventions, as I mentioned, do have a substantial amount of discretionary authority built in them. They do not require, in the text of the convention, the criminalization of the consumption of a product. A nation can reach its own determination there, so long as it does it in a way that is consistent with the objective of reducing the harm caused to societies, communities, and individuals of the product. It is the position of the United States Government, for example, that despite the fact that four of our states have voted to legalize the cultivation, production, sale, purchase, and consumption of cannabis, or marijuana, that we are still in compliance with our treaty obligations, because first, the federal law, national law, still proscribes and prohibits marijuana; and second, because the objective, as asserted by the states themselves, is still to reduce the harm caused by the consumption or marijuana. Our argument is that at the end of the day, the issue is not precisely whether a government has chosen to decriminalize or not to decriminalize; it is whether the government is still working cooperatively to reduce the harm caused by the product.”

“…So, we said, our objective remains that of limiting and eventually eliminating the use of marijuana in the United States of America because of its harm and its dangers, excepting and not entering into the medical exception issue, which I acknowledge is still out there, and we said that is still our objective.”

It is refreshing that at least one politician can understand this fundamental difference. Reducing harm vs. incarceration. Right now the greatest harm of cannabis is its illegality. The problem in this treaty, however, is that it does to an extent strip sovereign nations from freely adjusting their laws as their citizens feel fit.

Should the majority of Americans choose to try and remove cannabis prohibition from the books, what would other countries do to stop us? In the case of Canada, the issue may well be seen even earlier, as they push for national legalization from the very top. Their primary concern is this treaty.

From reading the entire interview, I took away several key points, which bear attention. First, while legalizing cannabis is the right thing to do, it is only through continued research that its “harms” will be dispelled to the point that the INCB will remove it from its list of substances, thereby giving true legalization the green light. Until then, our brave and mighty governments shake in their little rubber boots that someone (besides its own citizens) might think less of them.

The United States and Canada will have a crucial role to play at this convention. If they stand their ground, legalization could be in our immediate future. Two powerhouses, in addition to the several smaller countries, could call for cannabis to be excluded from the list of drugs deemed “dangerous” by the world. Other countries could still choose to persecute at their will, but we could carry the torch of freedom, until they choose to see the light.

The second point is Ambassador Brownfield drills home the point that the key tenets of this meeting will be “… what I will call a pragmatic reform agenda, an agenda that calls for a recommitment to the three international drug control conventions, the ‘61, ‘72, and ‘88 conventions, an approach that calls for greater focus on public health and healthcare as relates to the drug issue, rehabilitation, treatment, education.” While he espouses a “new approach”, Brownfield admits that they will be recommiting to the failed policies of the past. Cannabis might be able to hop off the ride, but the ride isn’t going to stop.

Should sovereign nations bow down to the peer pressure of the United Nations when it comes to the will of their own people? At what point does this “United Nations” simply become one nation, enforcing its rules and authority unchecked across the globe? Share your thoughts with us on social media or in the comments below.