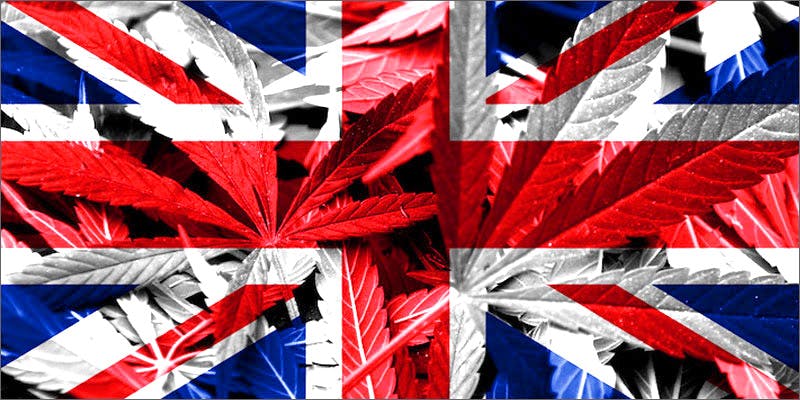 A new report from a think tank in the UK has suggested that the only way to deal with the issues posed by the illicit drug trade is to legalize cannabis.

A new report from a think tank in the UK has suggested that the only way to deal with the issues posed by the illicit drug trade is to legalize cannabis – a proposal that has been met with praise from many of the country’s political leaders.

The report, conducted by the Adam Smith Institute and published by Volteface Publications, is titled, “The Tide Effect: How the World is Changing its Mind on Cannabis Legalization.”

The report makes a number of assertions regarding how the legalization of cannabis would be beneficial to the UK, including on matters relating to economics and crime.

Among its findings are that:

The report also recommends that the UK follow in the footsteps of the United States, where over half the states have already passed ballot initiatives allowing for the legal cultivation and use of recreational cannabis.

The report was met with praise and agreement from scores of prominent current and former UK government officials.

Former deputy prime minister Nick Clegg sounded off on the report, saying that legalization was the only way to address the burgeoning problem of drug-related crime.

British politicians need to open their eyes to what is happening in the rest of the world… Now is the time for ministers to start writing the rules for this legal market, including age limits and health warnings, so that we can finally take back control from the criminal gangs.

The report was also praised by Michael Fabricant, a Conservative Party MP, who used the United States’ adoption of more liberalized cannabis laws to call for a similar response in his own country.

There can be no doubt that just as prohibition on the sale of alcohol failed in the United States and encouraged gangsterism, the banning of drugs has promoted a wicked and lucrative black market which pushes illegal drugs on the innocent.

Among the other public officials who have spoken out in support of the report are Peter Lilley, a former Conservative Party cabinet minister; Paul Flynn, a Labour Party MP; Caroline Lucas, a leader of the country’s Green Party; and Norman Lamb, the country’s former health minister.

The Home Office announced that it was not planning to legalize cannabis, which it called a “harmful drug” that “can damage people’s mental and physical health”:

The UK’s approach on drugs remains clear – we must prevent drug use in our communities and support people dependent on drugs through treatment and recovery.

You can make your voice heard by signing this petition to have cannabis legalized in the UK.