The United Nations last week elected as its next leader the former prime minister of Portugal – the man who decriminalize the use of all drugs. 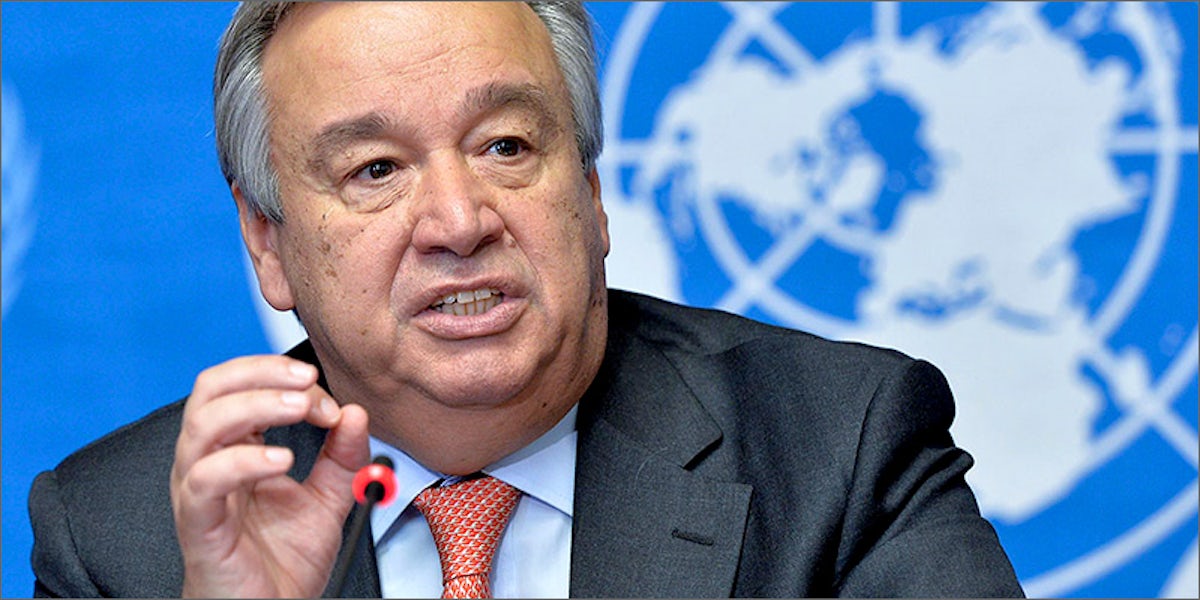 The United Nations last week elected as its next leader the former prime minister of Portugal – a man whose tenure in that position was highlighted by his decision to decriminalize the use of all drugs, which has led to the country having among the lowest rates of drug use on the entire European continent.

The selection to the United Nations

Former Portugal Prime Minister Antonio Guterres was selected by the UN’s 15-member Security Council in October and was approved by the full General Assembly shortly thereafter. He was officially sworn into office last month.

In his remarks following his taking of the oath, the former prime minister – who served in that role from 1995 to 1992 and also served as the UN High Commissioner for Refugees from 2005 to 2015 – placed an emphasis on meeting the needs of the less-fortunate members of the international community.

The United Nations needs to be nimble, effeicient and effective. It must focus more on delivery and less on process; more on people and less on bureaucracy.

Guterres’s ascension to the position has given hope to drug reformers both within the U.S. and abroad, who point to his time as prime minister as evidence that he is on the right side of history on the issue.

Guterres was elected prime minister of Portugal in 1995 following national election wins by his Socialist Party.

Over the course of his six-year leadership, Guterres embarked on several noteworthy initiatives: He was instrumental in transferring the then-Portuguese-held colony of Macau to Chinese jurisdiction and spearheaded the machinations that resulted in the country adopting the Euro.

Perhaps his most high-profile endeavor, however, was his adoption of legislation that decriminalized the use of all illicit substances, including cannabis, heroin, cocaine, and ecstasy.

The sweeping measures were adopted as the country was grappling with a severe heroin crisis, which afflicted more than twice the number of people in Portugal than it did those in Europe as a whole.

Those found possessing or using anything less than a 10-day supply of such substances receive a citation – though most cases are suspended – and are often asked to appear before so-called “dissuasion panels” comprised of experts who prescribe various methods of treatment.

The measure initially received a good deal of criticism, says João Goulão, the country’s national drug coordinator who was instrumental in the country’s drug reform.

Since legalizing drugs, Portugal has appeared to exhibit a staggering drop in use and medical conditions associated with use.

Use among all adults – especially young adults – has markedly declined since 2001. Overdose deaths in Portugal have dropped from 80 in the year of decriminalization to just 16 five years ago.

In fact, the European Monitoring Centre for Drugs and Drug Addiction recently found that overdose deaths in Portugal are near the bottom of all the countries in the entire European Union.

Additionally, the number HIV/AIDS cases prevalent in users of illicit substances has seen a noticeable decline.

João Goulão has cautioned against reading too much into the data, saying that while there may be a correlative link between the data and the country’s policies, it is important not to overreach.

[I]t’s very difficult to identify a causal link between decriminalization by itself and the positive tendencies we have seen.

Despite the cautions, however, it is abundantly clear that there is a link between Portugal’s approach to drug use and its subsequent strides on the issue. And as the United Nations celebrates its new Secretary-General, there is reason for hope that the country’s successes may yet be replicated elsewhere.

Get 20% off premium weed and discover the latest products, news, and deals in cannabis.
January 11, 2017 — Last Updated December 04, 2019
Written by Stephen Calabria