According to a UN report, legal recreational cannabis violates decades-old international drug control treaties and is dangerous for international relations. 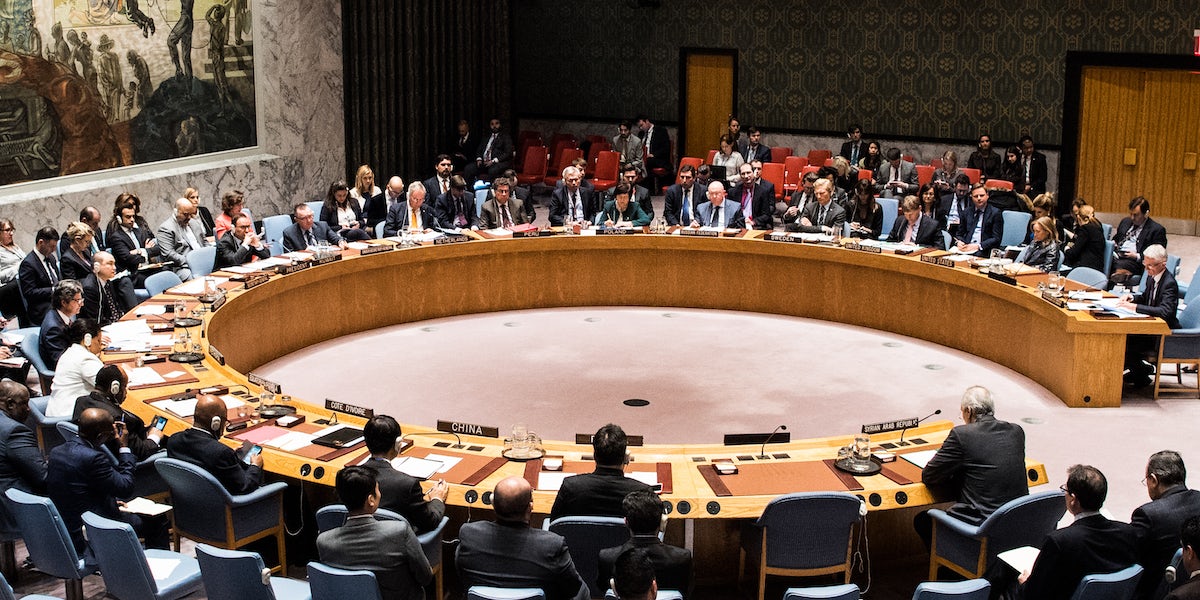 The Board is made up of individuals, rather than United Nations member states, which helps to protect it from experiencing political pressure. However, the requirement that members of the Board must include individuals with “medical, pharmacological or pharmaceutical experience,” was the result of lobbying by the pharmaceutical industry. Big Pharma is against legalization for capitalistic reasons.

According to decades-old international drug control treaties signed by most member states, they are supposed to prohibit the non-medical use of cannabis. However, countries like Uruguay have ended prohibition regardless.

According to the INCB’s report, “Governments and jurisdictions in North America have continued to pursue policies with respect to the legalization of the use of cannabis for non-medical purposes, in violation of the 1961 Convention as amended.”

The board strongly cautioned Uruguay, which legalized cannabis nationally in 2013, and sells cannabis in pharmacies, that they are “acting in clear violation” of the drug treaties.

“The limitation of the use of controlled substances to medicinal and scientific purposes is a fundamental principle to which no derogation is permitted under the 1961 Convention as amended,” INCB’s report states.

The U.N. Narco bureaucrats have also set their sights on Jamaica, for having legalized cannabis for “Religious Use” in 2015. Cannabis is considered a religious sacrament among adherents of the Rastafarian religion.

“I smoke herb because I am Rasta. Herb is a sacred, spiritual sacrament that Rastas use.  We use it in prayer and when we’re reasoning, when we pray, when we are in meditation, spiritual reasons mainly. Any other reason is for food, clothing, shelter, and medicines. You have a whole heap a tings [sic] we use it for, but our purpose is mainly for spiritual reasons. The herb is called the wisdom tree. Herb was found growing on King Solomon’s tomb. King Solomon was the wisest man in creation.  If King Solomon was [the] wisest man on Earth, and herb was found growing on his grave, what does that show you?” says Julian Marley, the Rastafari musician, and son of Bob Marley.

While the United Nations claims to promote global religious tolerance, the INCB is in disagreement on this particular issue.

“The Board reminds the Government of Jamaica, and all other parties, that under article 4, paragraph (c), of the 1961 Convention as amended, only the medical and scientific use of cannabis is authorized, and that use for any other purposes, including religious, is not permitted,” the report states.

“The situation pertaining to cannabis cultivation and trafficking in North America continues to be in flux, owing to the widening scope of personal non-medical use schemes in force in certain constituent states of the United States,” the report said. “The decriminalization of cannabis has apparently led organized criminal groups to focus on manufacturing and trafficking other illegal drugs, such as heroin.”

The Board argued that medical marijuana patients are not allowed to cultivate the plant for personal use. The Board’s issue, like any governing, patrolling body, appears to be about retaining control of the populace.

“States must take measures to prohibit the unauthorized cultivation of cannabis plants, to seize and destroy illicit crops, and to prevent the misuse of and trafficking in cannabis. Similarly, the Board wishes to draw the attention of all Governments to its previously stated position that personal cultivation of cannabis for medical purposes is inconsistent with the 1961 Convention as amended because, inter alia, it heightens the risk of diversion,” the report continued.

The Board also warned Canada, who have announced intentions to legalize cannabis nationwide later this year.

“The Board notes with concern that, in Canada, draft legislation intended to authorize and regulate the nonmedical consumption of cannabis was introduced in the House of Commons in April 2017,” states the report. “As the Board has repeatedly stated, if passed into law, provisions of Bill C-45, which permit the non-medical and non-scientific use of cannabis would be incompatible with the obligations assumed by Canada under the 1961 Convention as amended.”

In the past the INCB has taken aim at Great Britain for rescheduling of Cannabis, claiming it would have “worldwide repercussions.”

“The reclassification of cannabis by the Government of the United Kingdom would undermine the efforts of the Governments of African countries to counter illicit cannabis cultivation, trafficking, and abuse,” the INCB warned. “That action, it was held, sent the wrong message, and could lead to the increased cultivation of cannabis destined for the United Kingdom and other European countries,” their report states.

Curiously though, the Board did not follow suit in criticizing Portugal, who were not mentioned in the report, despite having completely decriminalized all forms of drug use. The current U.N. Secretary-General Antonio Manuel de Oliveira Guterres is Portuguese and previously served as the country’s Prime Minister when decriminalization was enacted.

Like several other United Nations “governing bodies,” the INCB does not have the manpower to enforce their directives. They function in a mostly advisory, quasi-judicial capacity. Regardless of their condemnation, global legalization marches on, to the beat of the U.N. Peacekeepers’ drums.