Uruguay Goverment Will Supply Recreational Cannabis For $1 A Gram

Uruguay is working with two firms to produce legal recreational cannabis, in a test run of the world’s first state-run cannabis program. 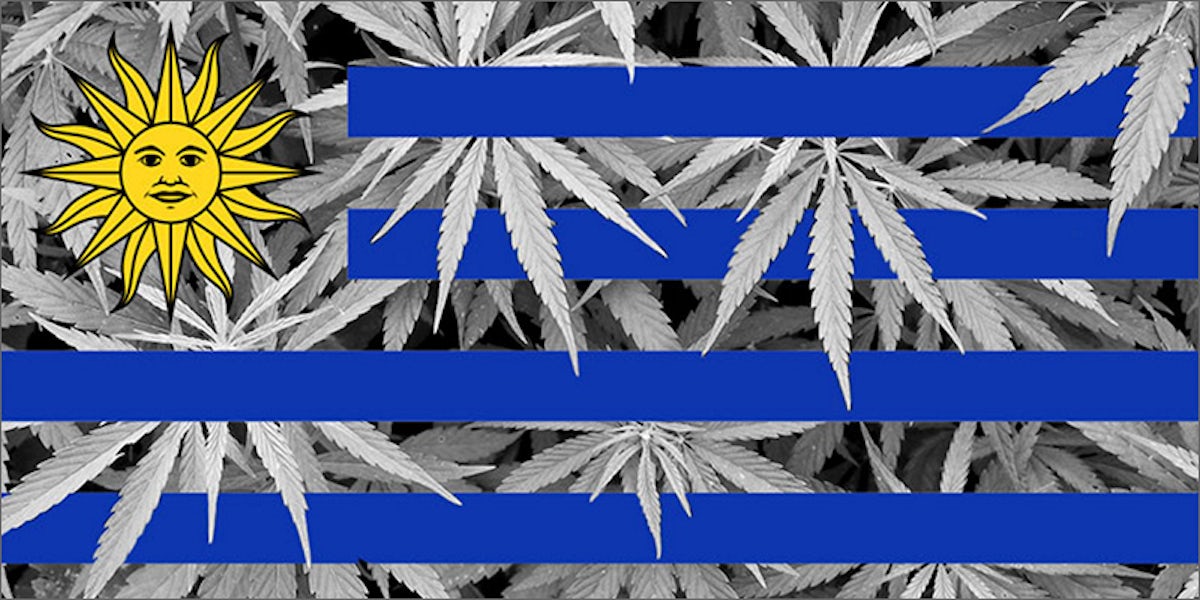 The government of Uruguay is working with two firms to produce legal recreational cannabis, in a test run of the world’s first state-run cannabis program. The initiative, set to debut in July, will enable any Uruguayan over 18 years old to purchase up to 40 grams of cannabis per month for around $1 per gram. They may also grow the substance at home.

“South America’s changing, just like the USA,” says Guillermo Delmonte, the CEO of International Cannabis Corp (ICC), one of the two firms contracted by the government to grow 2,000kg of cannabis this year. “Colombia is having a license for medical cannabis. Chile is also growing it. All because of Uruguay.”

Uruguay first legalized cannabis in December of 2013. According to then-president Jose Mujica, the measure was partially meant as an effort to address the issue of drug cartels bringing illicit cannabis into the country from Paraguay. It was also an acknowledgment of the shifting views in the country -as well as in North and South America at large- of the shifting views around cannabis.

The product will be sold by the state at pharmacies around the country, a detail that has been met with resistance by many of the nation’s pharmacists. “We are still not convinced pharmacies are the best place to sell recreational drugs,” says the spokesperson for the country’s pharmacists’ union, Carlos Fernandez, “but we are starting to prepare ourselves to do it in the sense of giving advice to people about the risks.”

It remains uncertain which pharmacies will stock the product, as well as how many will be in the country’s capital of Montevideo. The government is purportedly in talks with the country’s largest chain of pharmacies, Farmashop, though that too is in doubt.

Another area in which there has been disagreement has been the proposed creation of a national government register of users, which some fear could wind up in the wrong hands. “Nobody wants to be on a list to buy a joint,” says Adrian Giraudo, the operator of a local shop related to cannabis products. “The government says the data’s anonymous, but it could always get hacked.”

Delmonte and the ICC, however, have their own issues with which to contend. One of their main problems has been the timing of the government’s issuance of a growing license. Final approval did not arrive until after the summer, which meant that he missed the country’s ideal growing weather and now faces higher-than-average electricity bills.

His company has also had issues in procuring staff. “It was not so easy to find the correct people who can do this professionally, as most people who know about it, smoke,” says Delmonte. “They’re like, ‘OK, I’m going to work there and I’m going to smoke all the time.’ But you can’t- the government is behind us. But nowadays we have a very good team.”

The development of the Uruguayan cannabis system comes as the United Nations is set to debate global drug policy this week in New York City.

What are your thoughts on Uruguay’s ? Let us know about it on social media or in the comments below.

Enjoy the latest and greatest from Herb, enter your email below to get exciting cannabis updates delivered to your inbox.
April 20, 2016 — Last Updated November 27, 2019
Written by Stephen Calabria