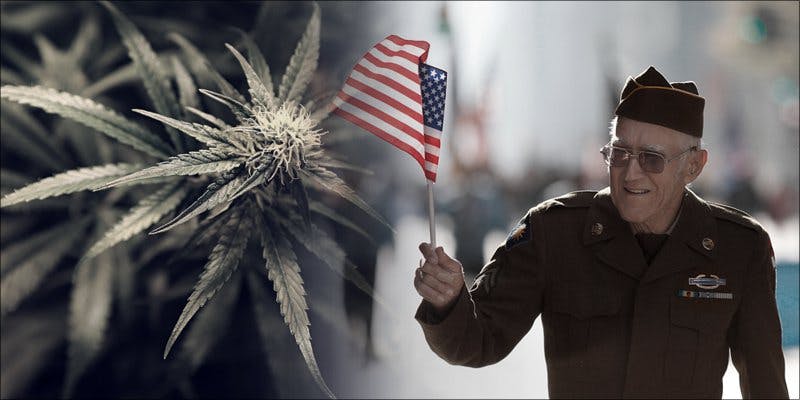 After discovering areas of abuse, the Canadian government might be closer to finding a solution to the rising costs of medical cannabis supplied to vets.

The Trudeau government, alongside the Veterans Affairs Department, are getting closer to an agreement about how much medical cannabis is warranted for vets suffering from conditions the Post Traumatic Stress Disorder. After many officials argued that the prescribed ten grams per day was too high, an official investigation began, hoping to turn up a favorable amount for all involved parties. After months of research and investigation, it seems they may finally be close to an agreement. Check out the full story in the video below.

Fighting for the vets

When it comes to medical cannabis for veterans, Trudeau, and the Canadian government has left the decision up to doctors. After some officials brought up concerns about the high amount of cannabis that is being prescribed to some vets, the Veterans Affairs Department began an internal investigation earlier this year.

Many advocates believe the decision on how much cannabis is enough for a suffering vet should be left up to the doctor, just like any other medication dosage would be.

Others, however, thinks some people are using the program as a way to get cannabis legally, but then use it illegally to get high, rather than a form of medication as it is intended.

Veterans Affairs Minister Kent Hehr released information showing that the investigation has come to an end and says that he expects the government will release a policy on the issue within the next few months.

We are going through our research and our collaborations with veteran stakeholders to make an informed policy-based decision that’s going to lead to outcomes that are positive for our veterans and their families. We’ll be coming out in the near future with a policy framework that guides us in leading to better outcomes.

Some officials believe there is too much medical cannabis being passed out to veterans, leaving an opportunity for abuse.

Many have come forward in opposition of the ten grams per day limit, not to mention the extreme increase in prescriptions for medical cannabis that have come up over the last few years. Their main cause for concern is the financial strain these new prescriptions are putting on taxpayers.

Justin Ling, from Vice Canada, points out that the Canadian government is spending $20 million per year on the medical cannabis program that provides the daily dosage for vets.

While these numbers are increasing daily, it does seem there has to be a better way to provide the medication theses veterans need, while controlling the cost to those who don’t use medical cannabis.

One of that largest problems is the unregulated market, where some providers are charging veterans $4-$5 more per gram than the average dispensary. These dispensaries, along with a variety of other factors, are causing the high spike in government costs that is raising questions about the program.