Now Reading:legalization | This Congressman Destroys the War on Marijuana in Four Minutes. 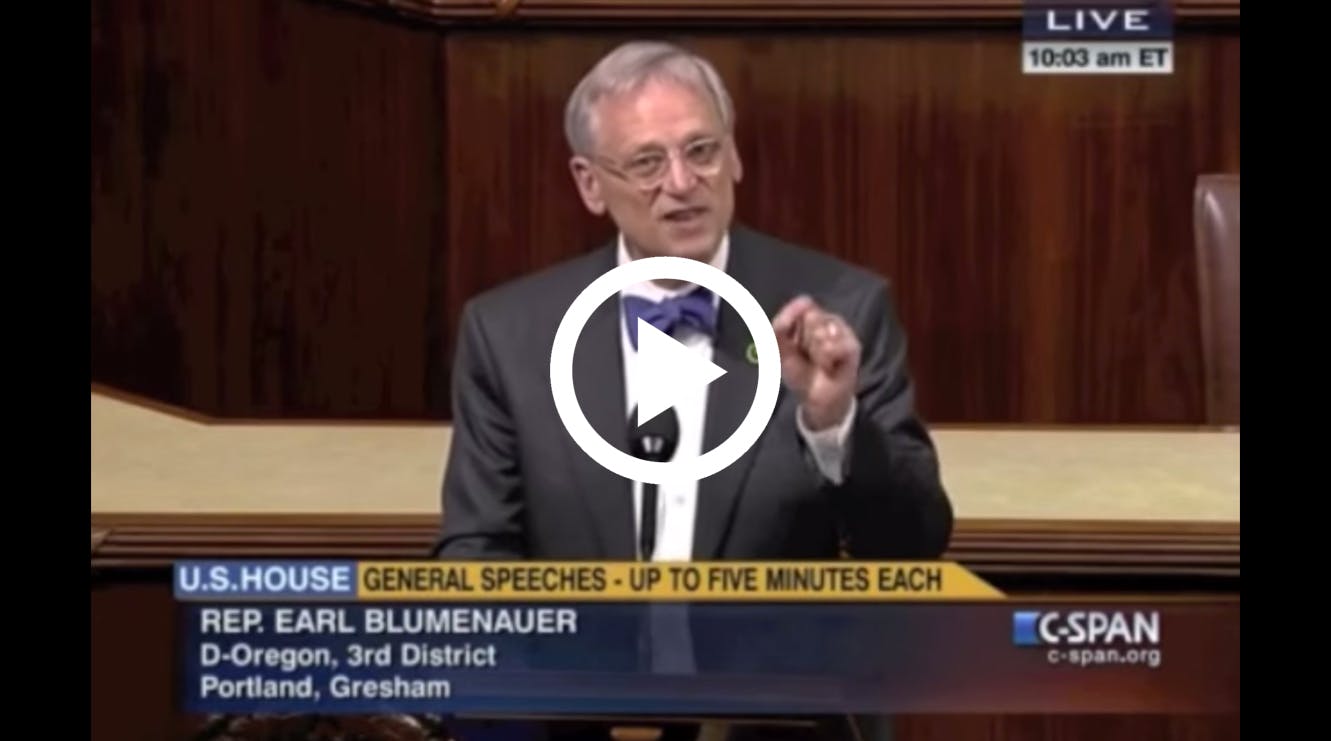 This Congressman Destroys the War on Marijuana in Four Minutes.

Rep. Earl Blumenauer asks for support to end the War on Marijuana by passing legislation that would, as he says, “rationalize our foolish policies.”

Rep. Earl Blumenauer does it again.

This isn’t the first time the Congressman argued for cannabis and won, and we don’t think it’ll be his last.

In a poignant and succinct summary of the state of cannabis today, Blumenauer asks for his colleagues’ support to end the War on Marijuana with legislation he’s proposed that will, as he coined it, “rationalize our foolish policies.”

He says the reform would mimic alcohol policy, save billions of dollars in failed enforcement, “choke-off” drug cartels, and prevent underage cannabis consumption.

Enjoy this eloquent speech and call to action!