What Happens To Cannabis Offenders After Legalization?

Legalization has become official in Canada, but what will happen to those who have been previously charged with cannabis possession? 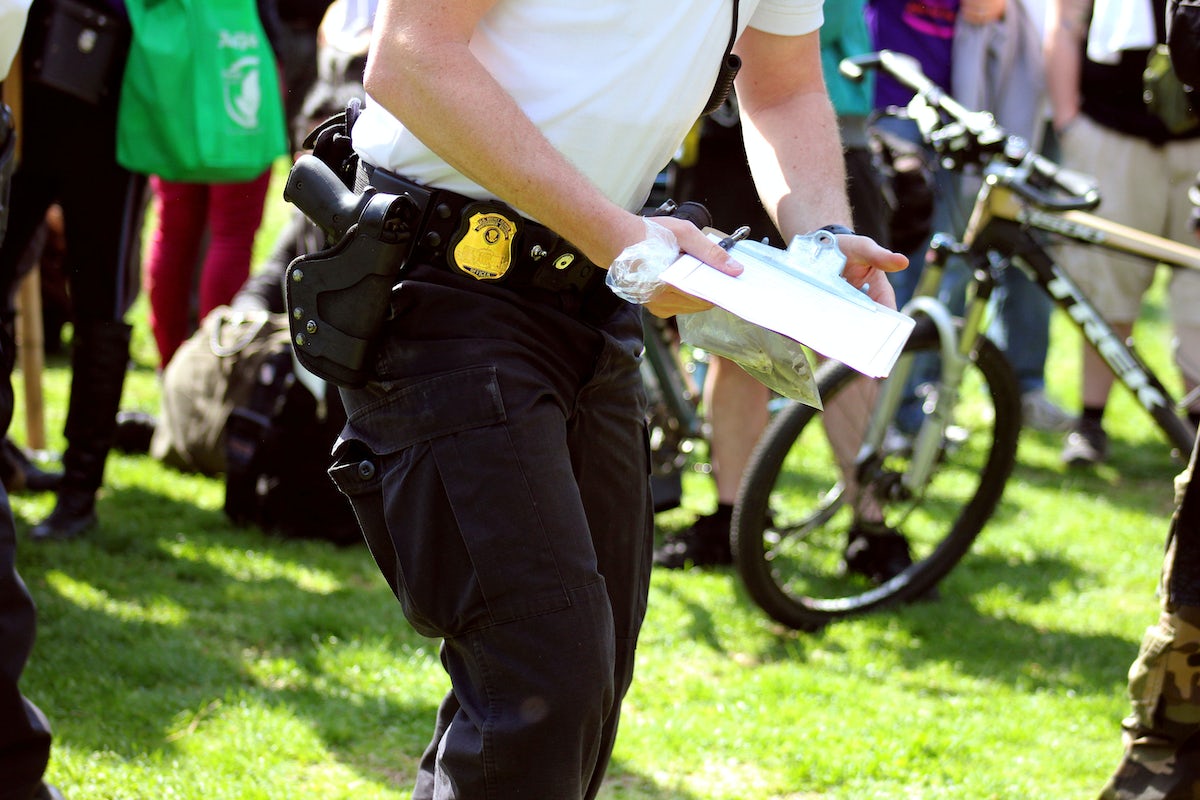 US Secret Service Arrest during the Overgrow the Government National 4/20 Rally at Lafayette Park across from the White House on Pennsylvania Avenue between Madison and Jefferson Place, NW, Washington DC on Saturday afternoon, 20 April 2013 (Photo by Elvert Barnes via Flickr)

The federal government of Canada is planning on pardoning Canadians who have cannabis possession convictions for 30 grams or less. The Canadian government made this announcement at a press conference in Ottawa today.

This news coincides with Canada’s rollout of its new legal recreational cannabis law, which has earned the country the title of the first G7 and G20 nation to legalize cannabis coast to coast.

Previously in Canada, possession of cannabis could result in as much as a $1,000 fine and six months jail time.

Those looking to have these convictions pardoned would previously need to apply to the Parole Board of Canada, which only accepted applications five years after the committed offense.

According to Ralph Goodale, Canada’s minister of Public Safety, this new pardoning initiative will remove this waiting period and any related application fees for those seeking pardons for possession convictions. However, these pardons will only be granted to those who have completed their sentence.

The Liberal government said today that they intend to introduce legislation before the end of the year, which needs to first make it through Canada’s lawmaking process before the government can begin issuing pardons.

What is the difference between pardons and expungement?

Unlike expungements, pardons do not result in the record of your conviction being destroyed—only hidden. In other words, if you’re granted a pardon, these charges on your criminal record will no longer affect your basic rights and freedoms, such as trying to find a job. For example, if an employer were to try and search your criminal record through the Canadian Police Information Centre (CPIC), your conviction would not show up. But under a pardon, your previous convictions can still be disclosed in certain circumstances.

By contrast, if your conviction is expunged, any federal record of that conviction would be destroyed. Some legal cannabis states, like Massachusetts and California, have already begun to expunge the criminal records of those with cannabis possession charges. In California, for example, the government teamed up with the non-profit Code for America, which recently introduced new technology that can automatically expunge cannabis records. California aims to expunge 250,000 cannabis convictions by 2019.

In Canada, it is still unclear how this pardoning process will unfold. More details about this pardoning initiative are expected to be introduced in the coming weeks.

Get 20% off premium weed and discover the latest products, news, and deals in cannabis.
October 17, 2018 — Last Updated
Written by Rob Hoffman