Two women are under arrest for forcing four brothers to work on their pot farm. Authorities suspect that the women have ties to Mexican drug cartels. 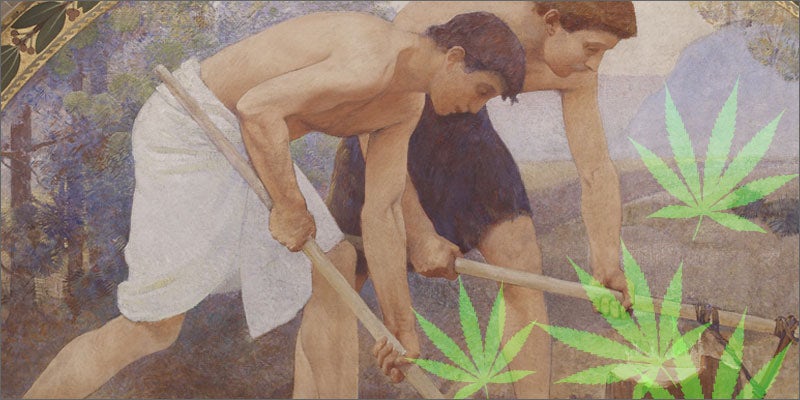 On Wednesday, police put two women under arrest for forcing four brothers to work on their pweed farm. Not only did they made the siblings work there for several months, but they also beat them, causing injuries. After hearing that they would face death once the work ended, they fled the illegal plantation in Northern California. Authorities suspect that the women have ties to Mexican drug cartels.

Two women faced arrest on Wednesday for forcing four brothers to work on their illegal marijuana farm. According to the police, the women held the siblings captive for six months.

After hearing they would die once harvest ended, the men told police that they fled the secluded cannabis farm, which lies in the small Sierra Nevada foothills town of West Point, according to Calaveras County Sheriff’s Capt. Jim Macedo.

Moreover, the victims, who remain anonymous, had black eyes and bruises. In fact, one went to the hospital due to a broken jaw, according to court records.

Authorities are seeking two other men, including the brothers’ nephew to undergo a dramatic transformation as a result of the illegal operation.

Taken against their will

In February, the women hired two of the brothers to help clean a Modesto home, court records say. However, the two brothers were instead held at gunpoint, taken against their will, and forced to work to live and work on the cannabis farm.

Moreover, the brothers told the police that the women told them that if they ran to the police or tried to escape, they would harm their family.

Investigators say that nine days later, the women lead the two brothers to the farm, making them believe that they would visit the other two brothers held captive.

As it turns out, all four had to live and work on the farm. Not to mention, the brothers say the women beat them three different times, the last time being three days before their escape.

According to Macedo, the men worked on several acres of land up a winding road that led to the women’s house where a man stood guard. Furthermore, the men had to sleep in overly dirty and neglected conditions in a hut-like building.

$60 million worth of weed destroyed

On May 10, growing commercial amounts of medical cannabis became legal for farmers. In fact, legalisation was a way for the county to recover from a devastating wildfire.

As a result of the September 2015 26 square mile fire, two people died, and over 860 homes were destroyed. However, the county raised $3 million after receiving 700 applications for farming permits that cost $5,000 each.

Despite the sheriff and district attorney opposing the decision, the board of supervisors passed the cultivation law. According to the sheriff/district attorney, the town is already full of illegal pot farms that bring in shady outsiders.

Authorities say that they destroyed 23,000 plants that are worth up to $60 million on the plantation where the brothers worked on July 28. As a result, police arrested the two women on Sept. 14 in Modesto.

Not only were they charged with human trafficking, but also kidnapping, and battery with serious bodily injury. Also, the women faced terrorist threats and drug charges. Macedo made the following comment:

We’ve seen an increase in violence, theft and greed related to marijuana trafficking, and this appears to be an organized, violent group.

Guadalupe Sierra Arellano, 43, and Medarda Urbieta, 44, are the two women responsible for the operation. Neither entered pleas during their court appearance in San Andreas, California. In fact, Marcedo says the two women are suspects of living in the US without proper identification.

Furthermore, the women may have ties to Mexican drug cartels, according to Macedo. According to authorities, they found a religious shrine that is popular amongst Mexican drug traffickers and cartels while searching the Modesto home.

However, Arellano’s lawyer Brian Chavez-Ochoa denies that she has any connections with the cartels. Likewise, he says locals maintain and cultivate the site.

As for Urbieta’s lawyer, he never returned the call. Nevertheless, both women are in jail on a $800,000 bond each.

Do you think legalizing cannabis will help eliminate these sort of crimes over time? Did these women have ties to Mexican drug cartels? Share your thoughts with us on Facebook, Twitter, or in the comments below. We would love to hear from you.

Get 20% off premium weed and discover the latest products, news, and deals in cannabis.
September 30, 2016 — Last Updated December 05, 2019
Written by Brittney Sanger