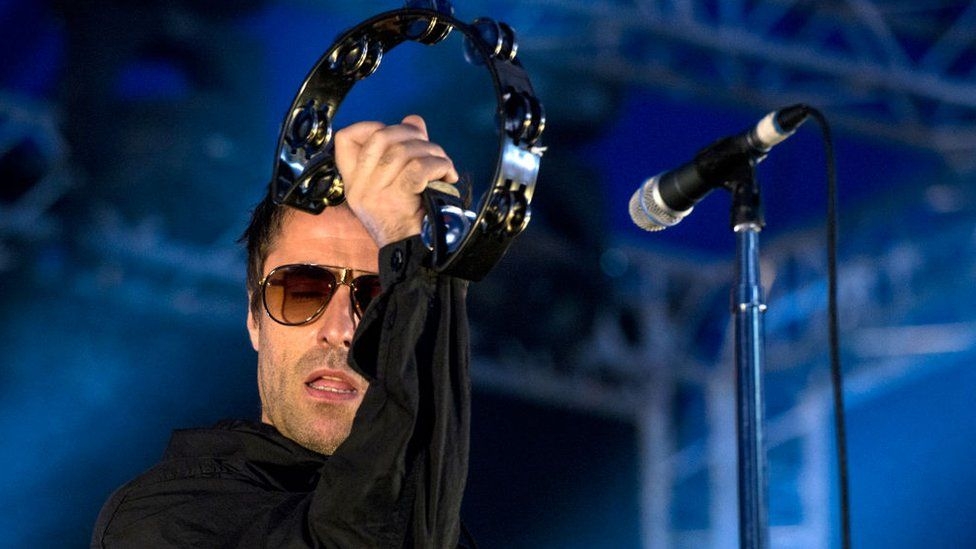 There’s nothing like music fans, especially the wild ones willing to spend thousands of dollars to meet a celebrity or buy exclusive merch. In the latest music news, a tambourine used to record Oasis’ album (What’s The Story) Morning Glory was recently sold at an auction for seven times its asking price.

The tambourine is all the more special because Liam Gallagher used it in hits Wonderwall and Champagne Supernova before tossing it when recording in Monmouthshire in 1995. The record was a staple for Britain’s music scene and sold more than 22 million copies worldwide.

When Gallagher tossed the tambourine roughly 25 years ago, the album’s engineer quickly picked it up and later sold the tambourine at an auction. The instrument had a £300-£500 guide price but ended up selling for £3,600 ($4,817).

Nick Brine, engineer for (What’s The Story) Morning Glory, said that he knew the tambourine was special after recording the album, “It was pretty battered by the end of the session and was going to be thrown away. But I claimed it,” he told the BBC.

The tambourine was sold to a bidder via the internet at Hansons Auctioneers in Derbyshire; Brine said that the bidder wanted the opportunity to own “a slice of British rock history.” He followed that the price the bidder offered left him breathless, but alas, “its musical pedigree proved irresistible to bidders.”

The album was recorded back in 1995 when the band traveled to Rockfield Studio, and Nick Brine was the group’s sound engineer at the time. The record was voted the greatest album of the last 30 years at the Brit Awards and has stood the test of time. It also remains one of the best-selling albums of all time. Recently, Oasis’ hit song Wonderwall hit one billion streams on Spotify.

Brine told the BBC that the album holds a deep meaning for many people and that “it changed many lives.” Brine has quite the impressive track record himself, recording with names like Coldplay, Bruce Springsteen, and The Stone Roses.

He added that Oasis’ 1995 album is the record he gets asked about the most and that it’s the perfect summary of that entire British era and what music was all about. In addition to the tambourine being used throughout the iconic album, Brine added that it was used on other records by Kasabian, Arctic Monkeys, The Verve, and Seasick Steve. So, we understand why someone was willing to drop roughly $5,000 on such a small instrument.