San Francisco shuts down its local In-N-Out for not asking customers their vaccine status. 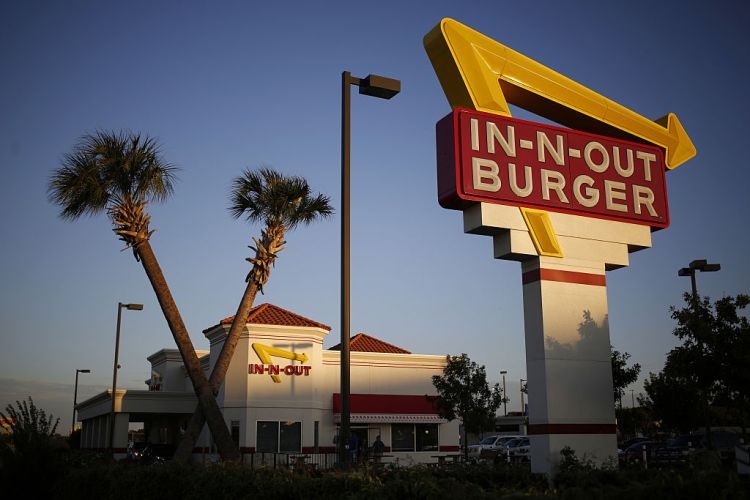 This was a surprise to many, but it was somewhat expected, especially once we learned that the Environmental Health Division in Pleasant Hill received countless complaints about the San Fran In-N-Out and how it failed to do vaccine checks, leaving them to pay fines of $750.

This isn’t the first time that suspicion’s been raised about the fast-food chain. The San Francisco location’s closure shouldn’t be a big surprise, especially for the LGBTQ+ community, who’s well aware of the company’s beliefs and patterns.

It’s no secret that In-N-Out’s leadership team is full of conservative religious and political beliefs. There are even Bible verses on the company’s packaging, which triggers many who don’t necessarily practice Christianity. In-N-Out was founded in 1948 by Harry and Esther Snyder, and their son Rich Snyder ran the company until his death in 1993. The Snyder family had a well-known reputation for supporting the republican party.

Although this was blatantly obvious, the company has managed to steer away from facing controversy and criticism, significantly less than their competitor Chick-Fil-A who has a history of donating to anti-LGBTQ+ organizations.

There was a tad bit of backlash towards In-N-Out when they donated $25,000 to the California Republican Party; this even got a response from California Democratic Party Chair Eric Baum, who tweeted, “Et tu In-N-Out?” in an attempt to boycott the company.

Additionally, In-N-Out CEO Mark Taylor and his wife Traci donated more than $15,000 to Trump and the national Republican party since 2016. Interestingly, The San Franciso Chronicle found that In-N-Out donated $40,000 to the California Republican Party in August.

This helps conclude why many weren’t surprised by In-N-Out’s recent closure due to health violations, especially the LQBTQ+ community, who’s been suspicious and wary of the company’s morals and beliefs for years. Supporting their community means spending their money at the proper establishments and not giving their business to companies who might support parties/organizations that have stripped them of their rights.

Maybe skip out on buying fast food from massive chains and create something special at home like these cannabis-infused chipotle burgers that are quite honestly better than In-N-Out.

October 22, 2021
Written by BuzzMusic
Save for later
Start saving articles by clicking the heart icon and you'll find them again in your profile page.

Get 20% off premium weed and discover the latest products, news, and deals in cannabis.
October 22, 2021
Written by BuzzMusic
Save for later
Start saving articles by clicking the heart icon and you'll find them again in your profile page.