Reuben Foster of the 49ers is officially in the clear for cannabis possession charges. 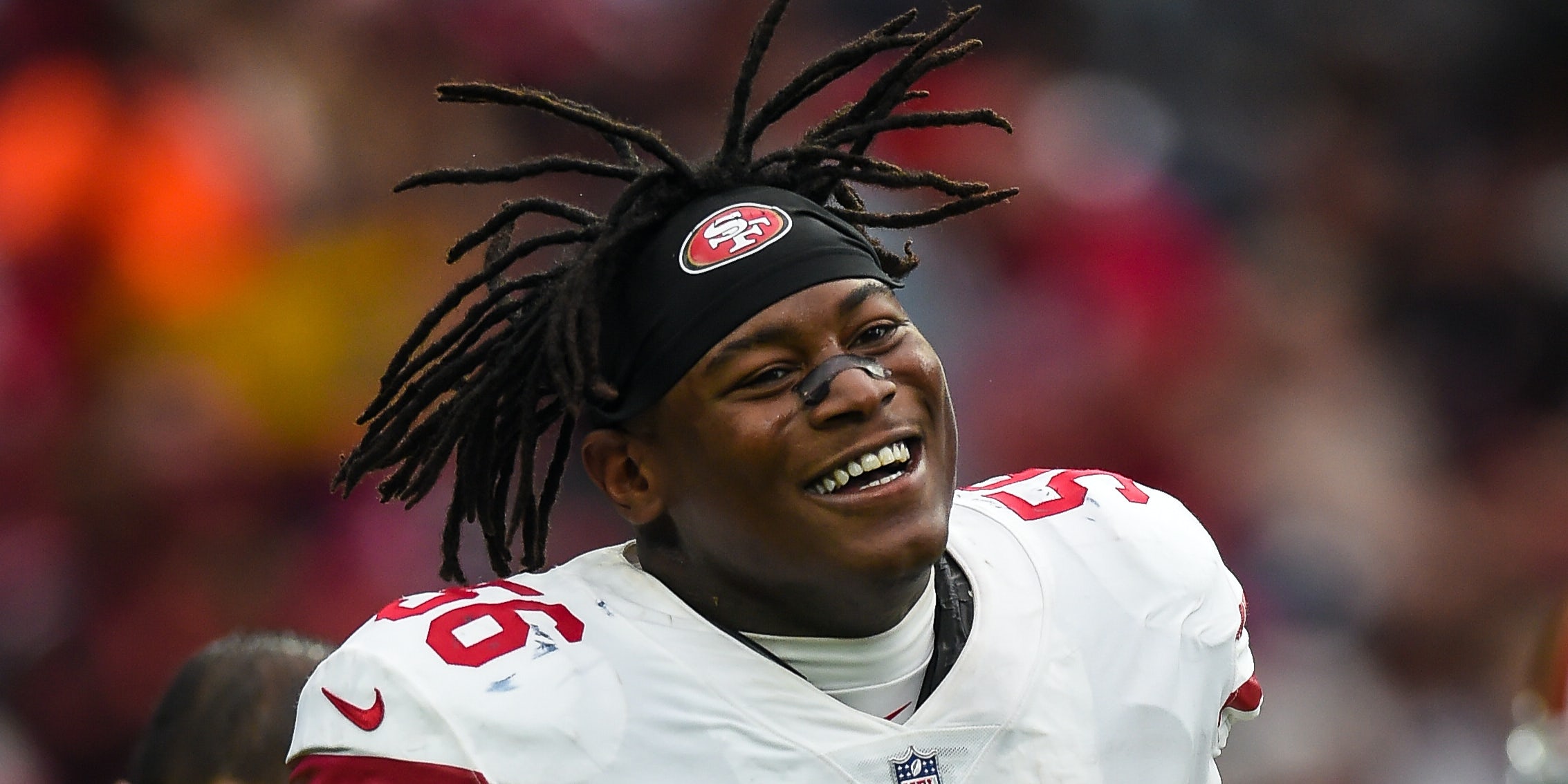 San Francisco 49ers outside linebacker Reuben Foster (56) photographed during the football game between the San Francisco 49ers and the Houston Texans on December 10, 2017 at NRG Stadium in Houston, Texas. (Photo by Daniel Dunn/Icon Sportswire via Getty Images)

To the surprise of 49ers fans, linebacker Reuben Foster returned to the team’s offseason training for the first time this year. Last January, Foster was arrested in Alabama for possession of cannabis, and the NFL isn’t known for being lenient on weed-related matters. It is being reported that Alabama had dropped the chargers last week, which stemmed from only a few months ago.

The courts decided to dismiss Foster’s marijuana charges after the football player successfully completed a diversion course. The course included education sessions as well as periodic drug tests. Foster has also been appearing in court regarding two charges unrelated to his pot arrest. One is a domestic violence charge from February that has also since been dropped, the lawyer to Foster’s girlfriend admitted to fabricating parts of her story. Foster still faces misdemeanor charges for possession of an assault weapon.

While the cannabis charges were outside of the NFL, it is unclear if Foster will be disciplined by the league for it. In 2017, a drug test within the NFL showed a diluted sample, and the NFL considered it as a failed test. Foster made the results public to the media, declaring, “This is something that’s going to get out. I don’t make excuses.”

The NFL and its player union are at odds about athletes using cannabis. Concussion and injuries put a lot of strain on any football player’s body, and while more harmful opioid medications are allowed, players risk discipline if they try to moderate their pain using any kind of cannabis. Tampa Bay Buccaneers player Mike James had medical marijuana recommended to him by his own physician, and the NFL still rejected his request to use it.

Foster followed the Alabama court’s program and was enough to have the cannabis charges against him dropped. It’s unclear if what’s satisfactory for the courts will be satisfactory to the NFL. A 49ers spokesperson simply said that they “are aware of the development.”

Get 20% off premium weed and discover the latest products, news, and deals in cannabis.
May 29, 2018 — Last Updated
Written by Zack Kotzer