Currently, when NFL players injure themselves, they’re met with two options: power through it and stay on the field, or recover and risk slipping into obscurity. 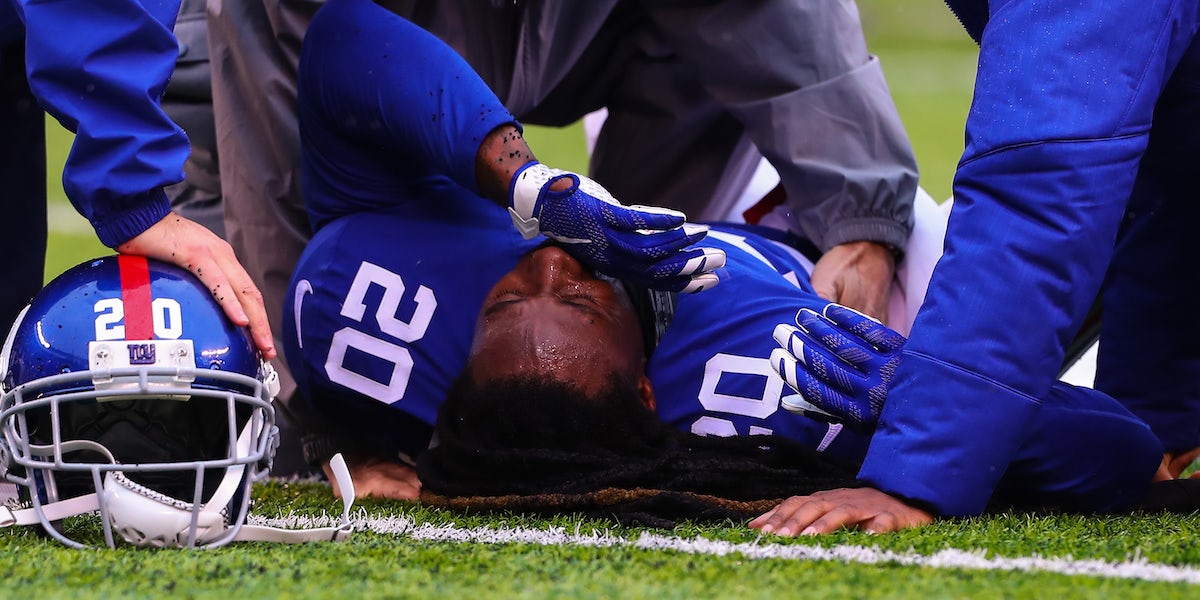 The National Football League has seen its fair share of controversies over the past few years. But among the most significant of them has been the recent push to stop the NFL’s irresponsible propagation of addictive opioid medications to injured players.

A new resolution, introduced by state senators in Hawaii, hopes to play a part in that effort by urging the NFL to allow players to use cannabidiol (CBD) to treat their pain, instead of prescription opioids.

Currently, when NFL players injure themselves, they’re essentially met with two options: power through it and stay on the field, or recover and risk slipping into obscurity. Not surprisingly, many players choose to power through their injuries, with the assistance of opioid painkillers, which are liberally prescribed by NFL team doctors.

As a result, many players end up developing opioid use disorders—the same fate that awaits roughly 21 to 29 percent of patients who are prescribed opioid medications to relieve their pain.

In recent decades, opioid use disorders have lead to an epidemic of opioid overdose deaths, in which more than 90 Americans die each day. Most have come to know this epidemic as the “opioid crisis.” And given NFL players’ line of work, which requires their bodies to take a regular pounding, football players are highly susceptible to falling victim to this crisis.

Looking for a better option to manage their pain, many former NFL players have turned to medical cannabis.

But those within the league are currently banned from using medical cannabis, even if it’s been legally prescribed by a physician.

The resolution opens by enumerating the many devastating statistics associated with the opioid crisis. “…in 2015, more than 33,000 Americans died as a result of an opioid overdose and an estimated 2,000,000 individuals in the United States suffered from substance use disorders related to prescription opioid pain relievers, and 591,000 suffered from a heroin use disorder,” reads the resolution’s text.

The state senators also point out the opioid crisis’ substantial burden on taxpayers. “…the Centers for Disease Control and Prevention estimates that the total economic burden of prescription opioid misuse alone in the United States is $78,500,000,000 per year, including the costs of healthcare, lost productivity, addiction treatment, and involvement with the criminal justice system.”

Finally, the resolution speaks specifically to NFL players’ unique susceptibility to this deadly crisis. “…many National Football League players suffer from serious injuries during their careers due to the nature of their work and are often prescribed opioids to help alleviate the pain from their injuries,” reads the resolution’s text. “However, research studies have demonstrated that cannabidiol is non-intoxicating but exerts a number of beneficial pharmacological effects.”

Put simply, evidence supports cannabidiol as a much safer alternative to prescription opioids for treating conditions that are common to NFL players. In summation, the resolution calls for cannabidiol to be used “in pill or liquid form, in lieu of opioids, to address the pain from [NFL players’] work-related injuries.”

Currently, the resolution has only been “offered,” meaning it has been filed in Hawaii’s Senate Clerk’s Office, where it will be processed and prepared to be introduced on the Senate floor.

Hawaii’s Senate is currently in recess, but its floor session will resume on March 1st. Then, on the 1st, the resolution will go to session to have its first reading. From there, it will be referred to a committee to be considered, so that the committee can decide whether to hold a hearing for the legislation or not. If a hearing is held, citizens will have an opportunity to submit testimonies in support or opposition of the legislation. After this, the resolution will cross over to the House, where it will undergo the same process.

In other words, a lengthy process awaits this resolution before it can be passed. But the fact that it has been introduced with the support of multiple Hawaiian state senators is a hopeful step in the right direction.

The NFL did not respond to a request for comment from Herb on the resolution.

Get 20% off premium weed and discover the latest products, news, and deals in cannabis.
February 27, 2018 — Last Updated
Written by Rob Hoffman