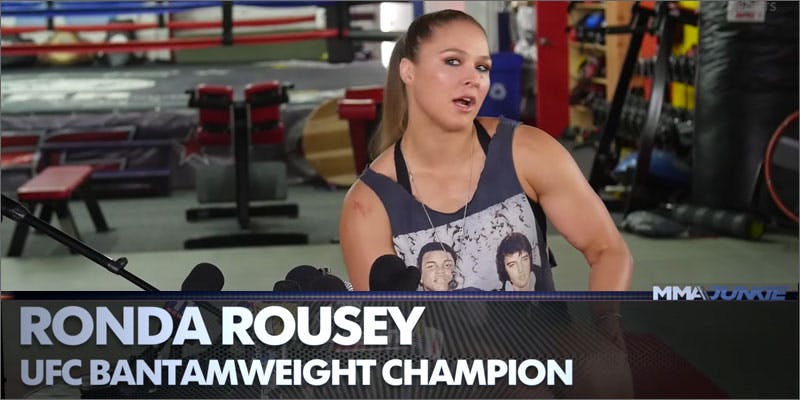 Ronda Rousey kicks ass in this video with the perfect analogy for Nick Diaz´s 5-year marijuana suspension. Nick Diaz is a 32-year-old UFC fighter who was just handed a five-year suspension because his drug sample contained marijuana.

Five years may as well be life

Fellow UFC fighter, Ronda Rousey says its just as ridiculous to suspend someone for five years for marijuana than to give someone life in prison for a parking ticket. She makes a point, saying that five years might be all that´s remaining on the shelf life of Diaz´s fighting career. Taking that away is taking away their livelihood – like serving life in prison.

Rousey doesn´t believe in drug testing for chemicals that are not performance enhancing, and she says marijuana has nothing to do with sports. When testers said that they do it for the safety of the fighter, she stands up to them in this video and asks why they don´t test for alcohol in this case.

A must watch of Rousey standing up to the drug testing agencies that continue to test for marijuana!

What are your thoughts on marijuana and sports – is it performance enhancing?  Let us know on social media